Woman Complains About Crafting On Train, Gets Trolled

Let’s face it folks: trains just aren’t safe anymore. Every day, millions of commuters worldwide risk their lives to get from Point A to Point B and face the many horrors and dangers on the trip — sleazy books! Microbes! Crafting!

Concerned Singaporean citizen Tan Lay Hoon sent in a complaint to the press about the choice of hobbies practiced by train-users on the MRT. The perilous activity in question: cross stitch. (Gasp!) 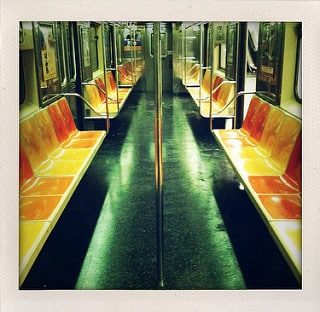 If the woman is pulling the needle in an upward movement and is caught unexpectedly by a sudden staggering of the train, an involuntary jerk of the hand holding the needle may cause the needle to jab at a fellow commuter sitting or standing close by.

The letter-sender even warned the hobbyist, perhaps welling from her sense of civic duty. The craftily crafting offender shrugged off her warning, the fiend:

I suggested to the woman that it could be dangerous to sew inside the confines of a moving MRT train. She replied that she had been sewing while riding in MRT trains for a long time and returned to her task. There were commuters seated on both sides of her.

The complaint ended with a veiled sort of threat to disturb the peace If She Absolutely Must:

By the way, what circumstances warrant an activation of the emergency communication button?

Ooooh. Scary. See us shuddering in our boots with your finger poised to strike that button!

True enough, the Internet came to the rescue. Commenters sent in their own rehashed versions of the letter, using a bevvy of harmless situations to highlight the ridiculousness of the complaint: