Hipsters. Love them or hate them, they’ve come and gone (sort of?), leaving behind a wake of ironic clothing, Pabst Blue Ribbon beer cans, and a commendable amount of beard styling. True, they may be conceited, angsty, maybe a little bit delusional at times. But never, EVER for once accuse them of being terrorists. 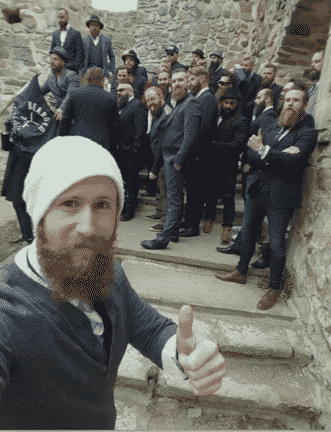 Bearded Villains, an international club of beard enthusiasts posed for a photoshoot in ruins along the Swedish Brahehus countryside when they were approached by policemen. apprently, the officers had mistook them for members of the jihadist group Da’esh/ ISIS.

“They told us that a motorist thought he had seen a gathering of Isis terrorists,” said Andreas Fransson, whose Bearded Villains organization does charity work.

After the officers grasped the situation, they all “had a good laugh” as they went back to their vehicle “with smiles on their faces”, according to Fransson.

Fransson admits that their black flag could very well be mistaken for the Da’esh / ISIS flag, with its white text and crossed blades on a field of black. However, their thrusts are furthest from that of the militant group. 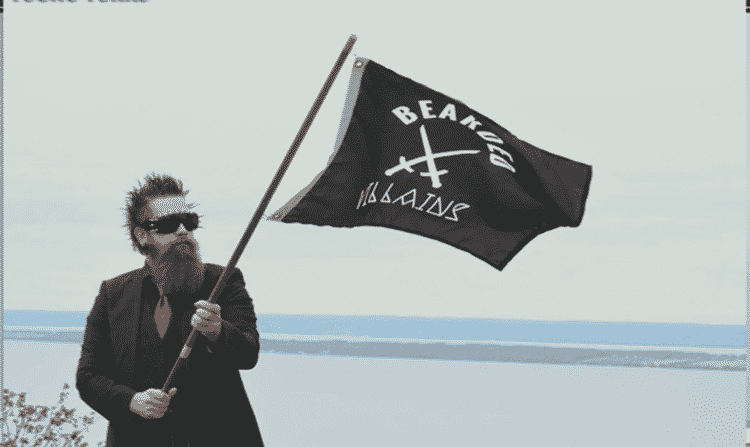 “The flag gets passed from club to club around the world and we take pictures with the flag to show our community,” Fransson explains. “It was a funny incident but it’s a shame to be associated with Isis given our charity work. We belong to a club that is part of an association created in the United States, called the Bearded Villains and which fights against injustice, homophobia, racism and oppression.”

The elite gents of Bearded Villains understand that caring for your beard is no joke. It also takes as meticulous care as much as the hair on one’s head does — shampooing, conditioning, even moisturizing oils are part and parcel of the bearded man’s daily regimen. Regular trimming and careful brushing and combing also bring out the beard’s lustre and natural body.

Images courtesy of Gratisography and The Young Turks