Make no mistake, architects are artists. There’s a hitch, though — they have to work together to create cityscapes that appeal to both the critics observing them and the people who use their buildings every day. For decades, the Scottish capital of Edinburgh has been seen as one of Great Britain’s most beautiful cities. Now, that status is in jeopardy — thanks to a particularly unpopular proposed building that some believe resembles a ‘turd.’

The intended aesthetic of the “Ribbon Hotel” is obvious; a giant, swirling ribbon wrapped around an oval-shaped building. The unfortunate result, however, is less elegant. Representatives from UNESCO, a branch of the United Nations which deals in educational, scientific and cultural organization, are travelling to the city to reevaluate its Word Heritage status, all thanks to the numerous complaints being made about the proposed hotel design.

The most contentious aspect of the building seems to be its swirly peak, which resembles a soft-serve ice cream to some, but something less flattering to others. 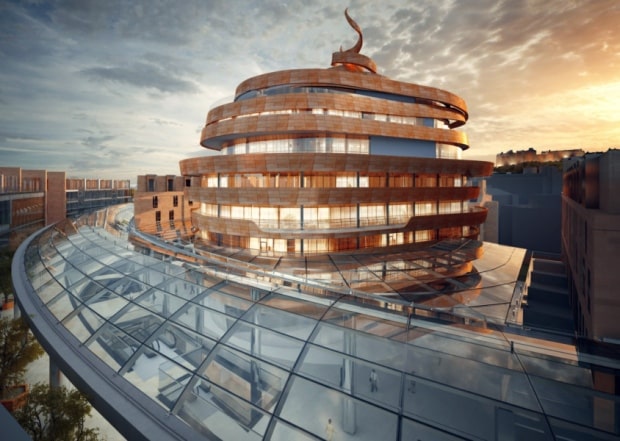 The threats from UNESCO to remove Edinburgh’s Word Heritage status may be empty, however. In theory, the UN branch is to act as a guardian of the world’s most culturally significant plots, buildings, and works of art. In practice, however, they’re basically the world’s HOA — and like any HOA, they send lots of letters that ultimately mean little more than the fact that somebody out there is taking the time to complain.

Still, the proposed building wouldn’t hide away in some obscure street. It’s set to be built right in the midst of the city’s main drag, Princes Street. It’s going to be on a idge just below the city’s highest lookout point at Calton Hill.

One World Trade Center Crowned Tallest Building In The US