George Takei is not only a sci-fi icon, but the actor has built quite the social media presence. With thousands of followers on Facebook and Twitter, Takei is an open book. He is no stranger to discussing anything from his sexual preferences to Hollywood secrets.

Yesterday evening, the Reddit community was treated to an AMA session with the great Sulu. The session was to publicize George Takei’s new NYC show, Allegiance. Based on true life events, Allegiance tells the story of Takei and his family as they build a life in America. So far, the play has gotten rave reviews.

One of the most major topics that users brought up was Takei’s social media accounts. On Facebook, he is known to post interesting stories throughout the day. Of course, tending to his social media accounts is too much for his schedule to handle and he admits to have a staff that tends to it. However, the witty commentary is all his. There is just one problem, it seem’s as if that staff is a fan of clickbait.

But, of course, it wasn’t all serious. It just wouldn’t be a conversation with George Takei without some sassy sexual innuendoes. Ohh myyyy. 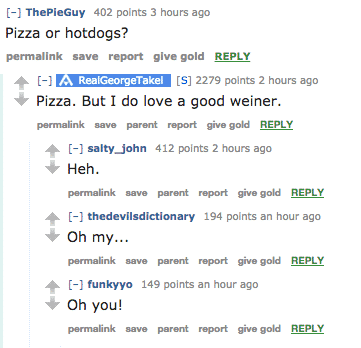 As a regular guest of The Howard Stern Show, Takei’s fans were prepared for anything when it was announced that Takei would headline his very own Reddit AMA. One fan asked what his favorite moments from the “King of All Media’s” show. 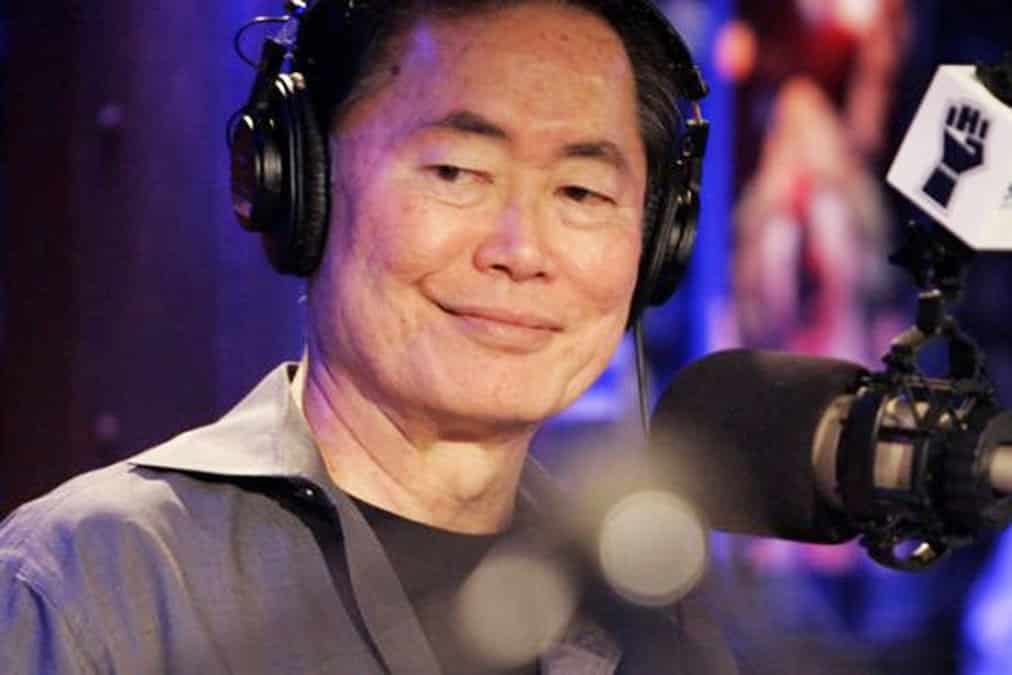 The Howard Stern Show was actually were George’s catchphrase, “oh my!” actually caught on. Of course, there have been plenty of other jaw-dropping moments (check out this top 10 list), like when he judged the “most beautiful penis contest.” His husband, Brad was not too happy.

Takei doesn’t stray away about talking about his sexual endeavors. He shared an interesting story about his teenage years at summer camp.

He also doesn’t hesitate to discuss his dislike with fellow Star Trek actor, William Shatner. Takei has been very vocal about his dislike for the former Captain Kirk.

Some just wanted some simple life tips, like how to achieve a good night’s sleep.

Takei used the help of his husband, Brad to help him type up his answers. We can only wonder how Brad feels about Takei’s ease of sharing some pretty personal details. 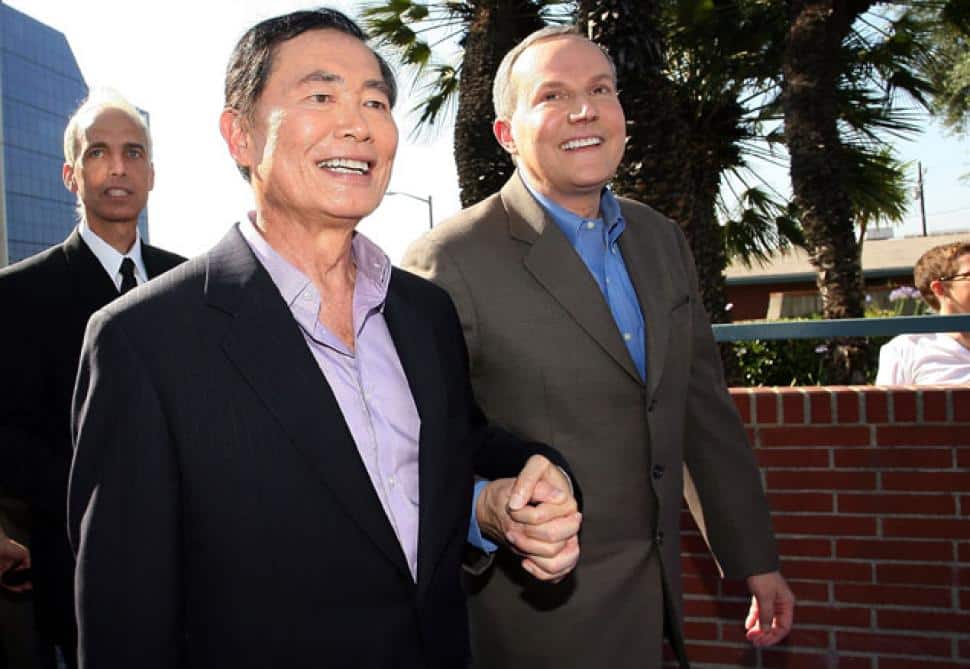 For more information about George’s play, Allegiance, you can visit the show’s website. Oh, and cross your fingers for tickets, because it seems to be a pretty big hit.