Vanessa Williams no longer works for the Lehigh Valley Economic Development Corp. after she tweeted a message about her bosses and fellow employees.

“We start summer hours today. That means most of the staff leave at noon, many to hit the links. Do you observe summer hours? What do you do?”

After realizing he was being called out Vanessa’s boss quickly fired her.

In the end Williams’ boss looks like a bad guy who can’t take what very well may have been a joke, while highlighting a major issue for social media, how should users balance what they present online with how it will be presented to those around them. The entire point of social media is to share your thoughts on life, work, family, friends, etc. however many users, Vanessa included have taken the idea of open communication to it’s extreme. 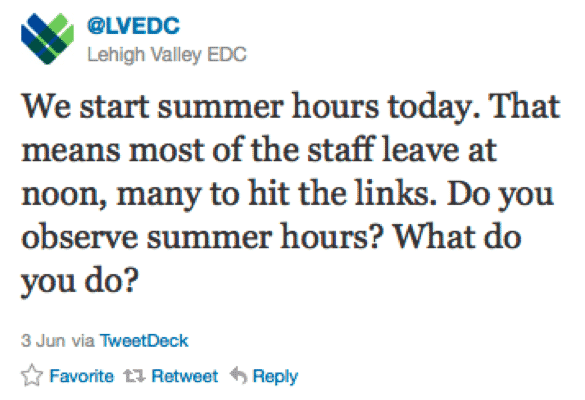