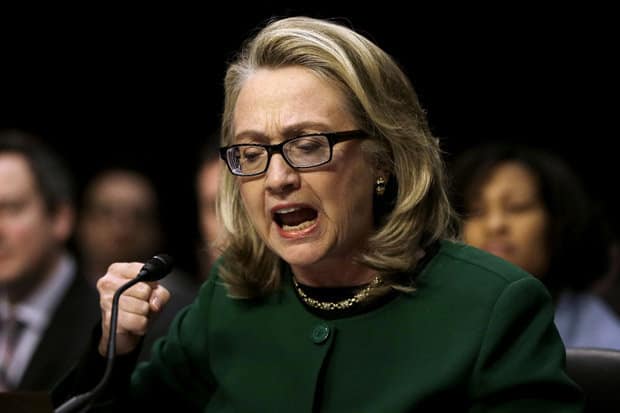 Reddit user claims to be a former “paid internet troll” who was hired to write pro-Hillary Clinton comments and label her opponent, Vermont Senator Bernie Sanders, as “misogynistic and out-of-touch with modern sensibilities.”

The post originally appeared in /r/sandersforpresident, but was removed by admins who say the user offered no proof of employment as a paid internet troll. The tactic of hiring people to steer online conversations is nothing out of the ordinary, however. It’s actually a very common occurrence, and is known as astroturfing.

The moderators of /r/sandersforpresident are still awaiting proof, but it may never come. The online journal Conscious Life News ran a story back in 2013, written by somebody claiming to be a paid internet troll for a shady unnamed company. Above Top Secret, the website the alleged whistle-blower initially posted on, threatened to sue CLN unless the post was removed. Defiant, they refused to take the story down. Above Top Secret eventually stated the author of the piece had admitted it was fraudulent in a “private exchange.” This exchange has not been posted anywhere or verified by anyone at CLN.

The shadowy organizations that employ internet trolls have good reason for wanting to fly under the radar, and may be using legal threats to keep whistle-blowers from talking about the process. We know they exist—that isn’t even a contested fact—but there is little insight into this world of dark money and dirty manipulation tactics.

Good afternoon. As of today, I am officially a former “digital media specialist” (a nice way to say “paid Internet troll”) previously employed by Hillary Clinton’s campaign (through a PR firm). I’m posting here today as a confession of sorts because I can no longer continue to participate in something that has become morally-indigestible for me. (This is a one-time throwaway account, but I’ll stick around for this thread.)

First, my background. I am [redacted] … and first became involved in politics during the 2008 presidential race. I worked as a volunteer for Hillary during the Democratic primary and then for the Democratic Party in the general election. I was not heavily involved in the 2012 election cycle (employment issues – volunteering doesn’t pay the rent), and I wasn’t really planning on getting involved in this cycle until I was contacted by a friend from college around six months ago about working on Hillary’s campaign.

I was skeptical at first (especially after my experience as an unpaid volunteer in 2008), but I eventually came around. The work time and payment was flexible, and I figured that I could bring in a little extra money writing about things I supported anyways. After some consideration, I emailed my resume to the campaign manager he had named, and within a week, I was in play. I don’t want to get bogged down on this subject, but I was involved with PPP (pay per post) on forums and in the comments section of (mostly-liberal) news and blog sites. Spending my time on weekends and evenings, I brought in roughly an extra $100 or so a week, which was a nice cushion for me.

At first, the work was fun and mostly unsupervised. I posted mostly positive things about Hillary and didn’t engage in much negativity. Around the middle of July, however, I received notification that the team would be focusing not on pro-Hillary forum management, but on “mitigation” (the term our team leader used) for a Vermont senator named Bernie Sanders. I’d been out of college for several years and hadn’t heard much about Sanders, and so I decided to do some research to get a feel for him.

To be honest, I was skeptical of what Sanders was saying at the beginning, and didn’t have much of a problem pointing out the reasons why I believed that Hillary was the better candidate. Over a period of two months, I gradually started to find Bernie appealing, even if I still disagreed with him on some issues. By September, I found myself as a closet Bernie supporter, though I still believed that Hillary was the only electable Democratic candidate.

The real problem for me started around the end of September and the beginning of October, when there was a change of direction from the team leader again. Apparently, the higher-ups in the firm caught wind of an impending spending splurge by the Clinton campaign that month and wanted to put up an impressive display. We received very specific instructions about how and what to post, and I was aghast at what I saw. It was a complete change in tone and approach, and it was extremely nasty in character. We changed from advocates to hatchet men, and it left a very bad taste in my mouth.

Just to give you an idea, here are some of the guidelines for our posting in October:

1) Sexism. This was the biggest one we were supposed to push. We had to smear Bernie as misogynistic and out-of-touch with modern sensibilities. He was to be characterized as “an old white male relic that believed women enjoyed being gang raped”. Anyone who tried to object to this characterization would be repeatedly slammed as sexist until they went away or people lost interest.

2) Racism. We were instructed to hammer home how Bernie supporters were all privileged white students that had no idea how the world worked. We had to tout Hillary’s great record with “the blacks” (yes, that’s the actual way it was phrased), and generally use racial identity politics to attack Sanders and bolster Hillary as the only unifying figure.

3) Electability. All of those posts about how Sanders can never win and Hillary is inevitable? Some of those were us, done deliberately in an attempt to demoralize Bernie supporters and convince them to stop campaigning for him. The problem is that this was an outright fabrication and not an accurate assessment of the current political situation. But the truth didn’t matter – we were trying to create a new truth, not to spread the existing truth.

4) Dirty tactics. This is where things got really bad. We were instructed to create narratives of Clinton supporters as being victimized by Sanders supporters, even if they were entirely fabricated. There were different instructions about how to do it, but something like this (http://www.dailykos.com/story/2015/10/31/1443064/-Dis-heartened-Hillary-Supporter) is a perfect example. These kind of posts are manufactured to divide and demoralize Sanders supporters, and are entirely artificial in nature. (The same thing happened in 2008, but it wasn’t as noticeable before social media and public attention focused on popular forums like Reddit).

5) Opponent outreach. There are several forums and imageboards where Sanders is not very popular (I think you can imagine which ones those are.) We were instructed to make pro-Sanders troll posts to rile up the user base and then try to goad them into raiding or attacking places like this subreddit. This was probably the only area where we only had mixed success, since that particular subset of the population were more difficult to manipulate than we originally thought.

In any case, the final nail in the coffin for me happened last night. I was on an imageboard trying to rile up the Trump-supporting natives with inflammatory Bernie posting, and the sum of responses I received basically argued that at least Bernie was genuine in his belief, even if they disagreed with his positions, which made him infinitely better than the 100% amoral and power-hungry Hillary.

I had one of those “what are you doing with your life” moments. When even the scum of 4chan think that your candidate is too scummy for their tastes, you need to take a good hard look at your life. Then this morning I read that the National Association of Broadcasters were bankrolling both Clinton and Rubio, and that broke the camel’s back. I emailed my resignation this morning.

I’m going to go all in for Bernie now, because I truly believe that the Democratic Party has lost its way, and that redemption can only come by standing for something right and not by compromising for false promises and fake ideals. I want to apologize to everyone here for my part in this nasty affair, and I hope you will be more aware of attempts to sway you away from supporting the only candidate that can bring us what we need.

*Note: The gender of the poster can not be known for certain, as their name has been redacted from the post. The prevailing pronoun being used among other Reddit users is the male one, however.

CORRECTION 11/6/15: We initially wrote Above Top Secret was name of a company employing internet trolls. This has been corrected.

The 15 Most Ridiculous Hoaxes Spread Through Social Media

Israel’s Iron Dome has protected the country against missile attacks for years. The Iron Dome in Israel is the biggest of its kind in the world. No other countries in the world use the same air defense system, meaning it is one of a kind. The tension between Israel and Gaza has been going on… END_OF_DOCUMENT_TOKEN_TO_BE_REPLACED

The world is devastated by the news that Britain’s Prince Philip, the Duke of Edinburgh, has died at the age of 99. Palace media confirms that the Duke has expired mid-day today, April 9th. The announcement did not contain any specifics on the cause of death. The United Kingdom will enter a state of national… END_OF_DOCUMENT_TOKEN_TO_BE_REPLACED

Who would have known that religious prophets would be among the most loyal supporters of former President Trump? In fact, it has been observed that the most conservative Christians may have been the right amount of push for Trump’s presidential win back in 2016. Since Trump’s election back in 2016, numerous self-proclaimed “prophets” have been… END_OF_DOCUMENT_TOKEN_TO_BE_REPLACED