If you’re as slow to catch on to the kids’ lingo as I am, “Netflix and chill” is a phrase used to denote casual sexual encounters which begin with watching movies on the streaming service, and end with a good ol’ fashioned no-pants dance. But as The Independent’s Christopher Hooton points out, the phrase has lost quite a bit of its mojo after it picked up mainstream traction. One thing will never change, no matter what generation you’re talking about—once something is printed on a T-Shirt and mass produced, it’s no longer cool or funny.

At least one person still thinks it’s funny, it seems. In fact, the severely out of touch individual thought it was so funny, they vandalized Netflix HQ’s sign to add “and chill” beneath their logo. Check it out:

It wasn’t to last, however. Just a few hours after the graffiti went up, Netflix painted over it. Oh well, the joke is dead, anyway. We can stop beating that horse, it died hours ago.

In memorium, however, we’d like to present some of the best Netflix and chill memes from around the internet. For some reason, most of them involve classical art. 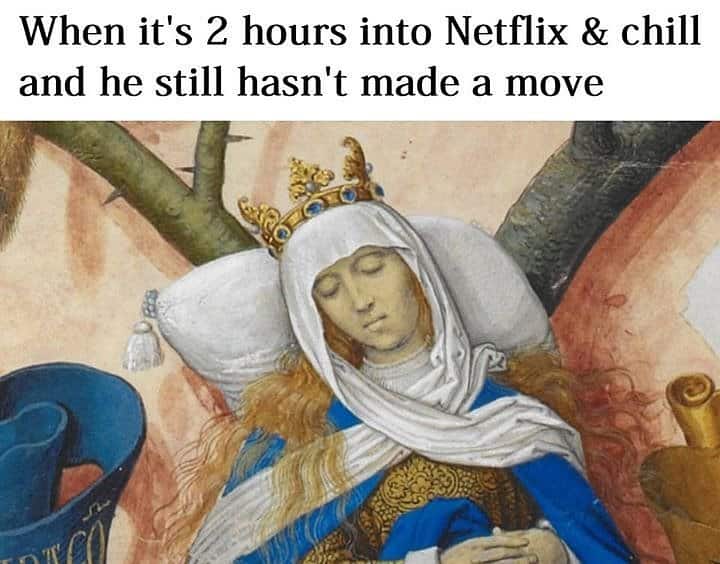 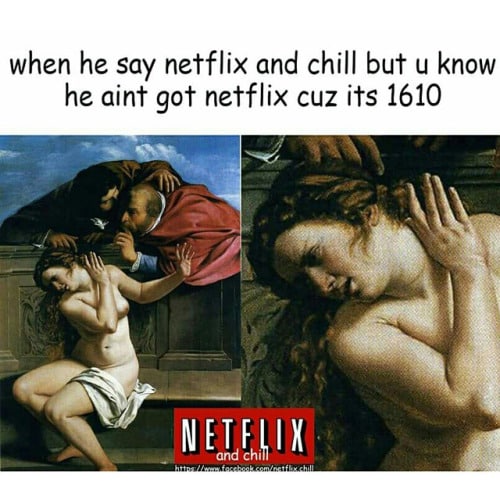 Here’s one with a weird robot thing. 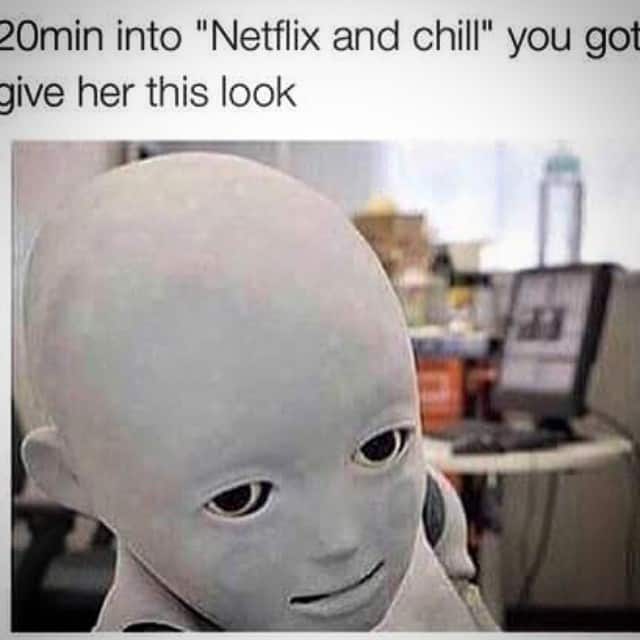 Here’s another one with the same weird robot thing: 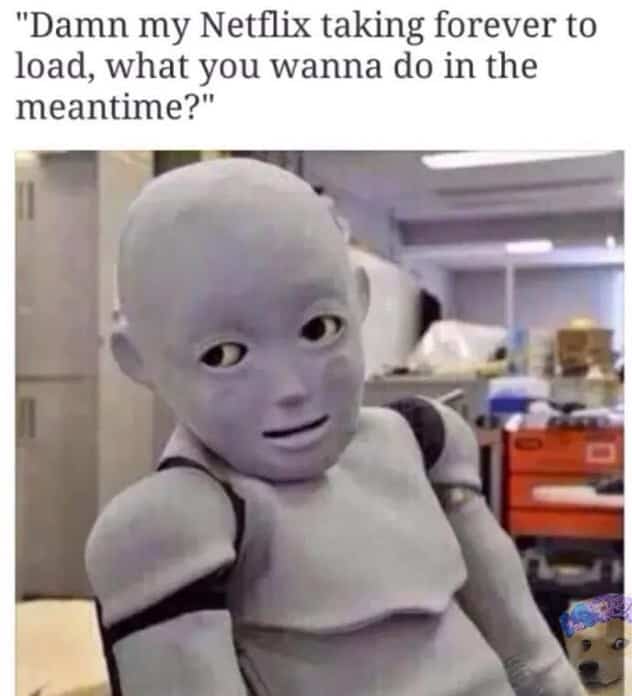 What is it about that robot thing that’s so off-putting? Probably the same thing as this mouse thing. 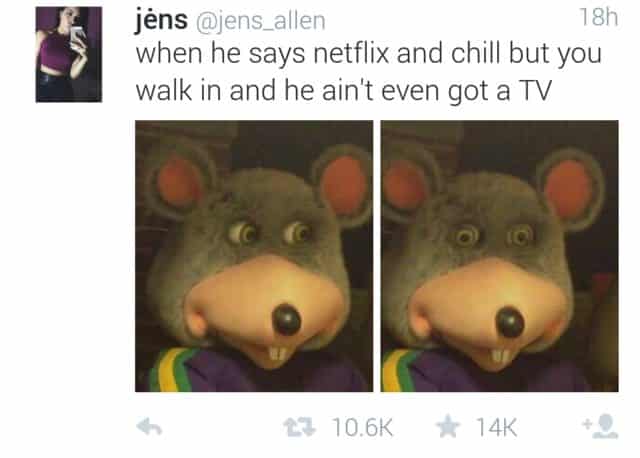 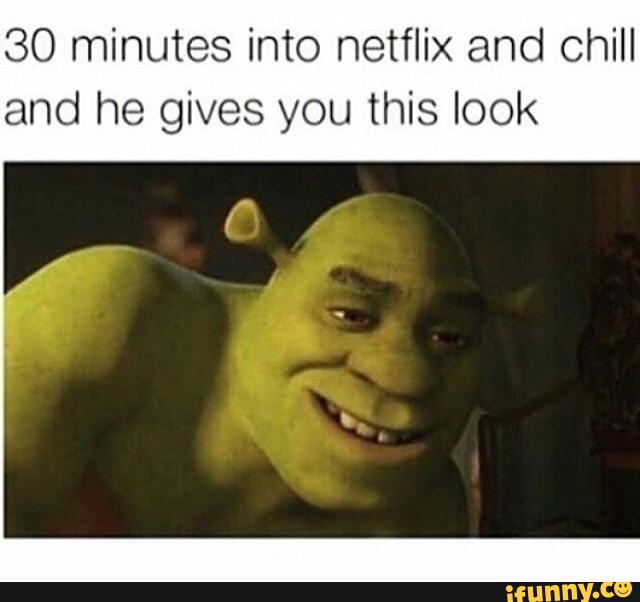 And finally, a throwback to the good ol’ days—when you had to go out to rent movies, and potentially way overpay for crusty old movie candy. 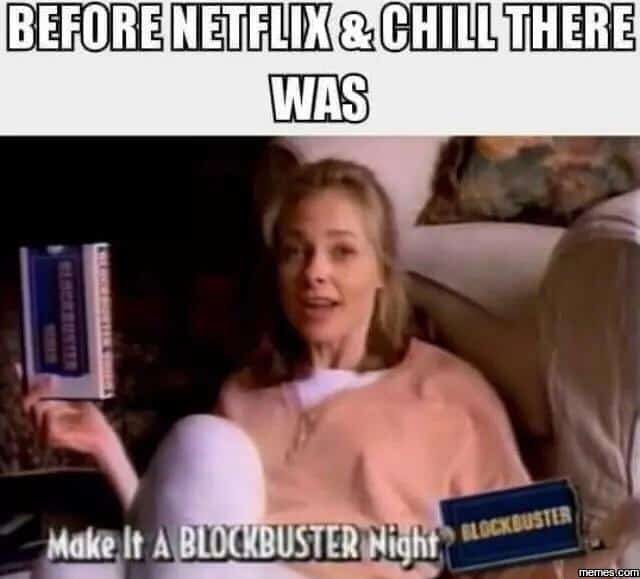 Of course, I was always more of a Hollywood Video type of person, but you get the general message.