Google would like to wish the residents of Galicia, Spain a happy Clitoris Day!

A town hall situated in northwestern Spain was left in shock after an error on Google Translate turned their wholesome, nutritious celebration into a more x-rated event. 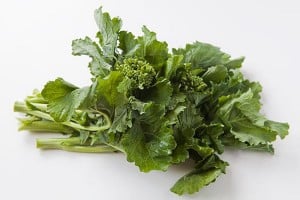 The town of As Pontes, Galicia, celebrates its annual Rapini Festival in honor of the luscious, leafy green vegetable better known as broccoli rabe in the US. This spinach-like veggie is often served steamed, stewed, or seasoned and tossed with Italian sausage. The Rapini is a good source of vitamins A, C, and K, not to mention is rich in potassium, calcium, and iron.

The local organizers were quite enthusiastic to promote next year’s festival, happening on February 15, on their local website as “Feria do grelo” (Rapini Festival). Alas, Google went ahead and translated the word “grelo” into “clitoris”, much to the abashed horror of the fete committee.

We’re sure a good number of you readers out there would agree.

Town hall spokesperson Monte Garcia later explained that Google Translate read the word as the Portuguese “grelo” and took it to mean “clitoris”.

“We discovered that Google translates any mention of grelos, on any website, to clitoris,” García expounds.

She said that the staff was considering taking action action against Google by filing a complaint to ask the Internet giant to properly recognize Galician to prevent similar mistakes and embarrassments from reoccuring.

Hilarious as the mistake was, let’s hope it doesn’t happen again!