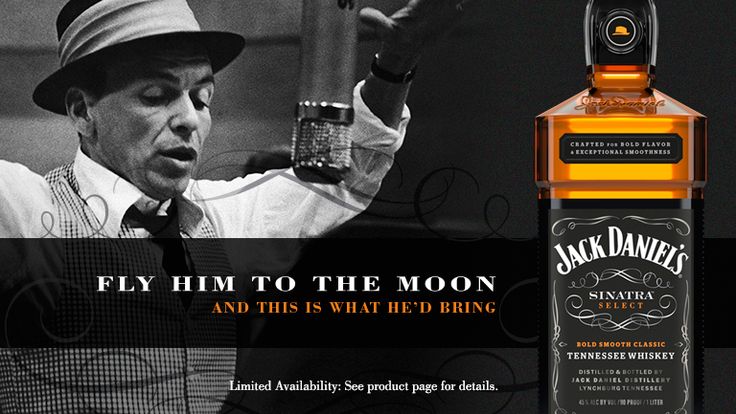 The crooner was one of the signature whiskey’s biggest fans. Although Sinatra passed away 17 years ago, the liquor maker is celebrating what would-be his 100th birthday on December 12. In honor of Ol’ Blue Eyes, Jack Daniel’s has created TheToastmakers.com and a Sinatra-themed Instagram account. The idea is that people can find toasts to the old singer. The company said the choice to use social media to promote the contest is in hopes to attract younger fans.

“We chose Instagram because of the style of the program—primarily consumer generated video and photography—and the goal of reaching a new, younger audience of legal drinking age,” Arnold executive creative director Andy Clarke tells AdFreak. “Frank’s life is one that was so well captured on negatives, we wanted to tip our hat to those iconic images in a way that is very much ‘today.’ ”

Not only can they find toasts, but the company is also kicking off #ToastSinatraContest. Through December 12, fans can submit their own toasts. By using the #ToastSinatraContest tag, participants are entered for their chance to win a weekend in L.A. and Las Vegas for themselves and four friends. Of course, the trip is Sinatra-themed, complete with a new wardrobe and helicopter rides.

Sinatra was a huge fan of Jack Daniel’s. In fact, he travelled with cases of the bourbon and even gave toasts on stage to his audiences. IN 1963, he told Playboy Magazine about his love for the drink.

“I’m for anything that gets you through the night, be it prayer, tranquilizers or a bottle of Jack Daniels.”