Before using someone else’s work, it’s courteous to ask permission. Otherwise, you could end up like this HuffPo UK writer who got brilliantly trolled by The Oatmeal creator Matthew Inman.

On Tuesday, The Huffington Post UK published a series of posts based on one of Inman’s comics. Instead of re-uploading the images and giving proper attribution to the author, HuffPo simply hotlinked to them on the Oatmeal’s server. When Inman discovered the posts, he decided to do something a little more creative than merely sending a take-down notice. Instead, he changed the images.

“Dear Huffington Post,” Inman wrote on the image. “Please don’t hotlink images without permission. It costs me money to host these. Here is my monthly bill. Thanks, The Oatmeal.”

“They just posted the comic in its entirety without asking me first. If they had asked, I’d actually probably been fine with it,” Inman told The Guardian. “I was just surprised with a news outlet like the HuffPo acting like an image aggregator, such as 9GAG, FunnyJunk or BuzzFeed […] It can get really expensive to host those images – I’ve had bills over $3,000 a month – so I thought it’d be funny to swap out the images with my bill instead.”

He also replaced more hotlinked images with some tasteful doodles: 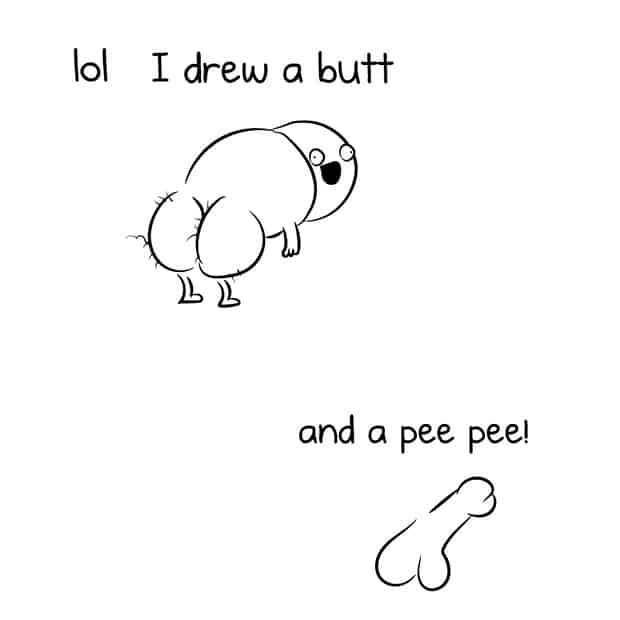 Shortly afterward, The Huffington Post removed the images and posted an apology on the article:

“Editor’s Note: This article previously featured images from The Oatmeal website without proper attribution. The images have been removed and replaced with a more prominent link to the author’s website. We regret the error.”

You might enjoy these related articles from our archives: