Here is an example of the integration with Pinterest photos: 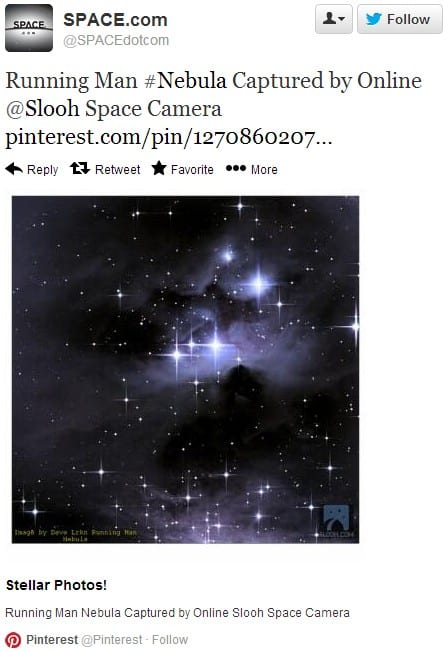 In Twitter’s “Recent Images” widget that allows you to view a gallery of images, photos will not appear and only in the stream. This integration comes shortly after Instagram had a falling out with Twitter and completely removed support for its images appearing on the Twitter.com website.

With Twitter launching their own photo filters that competes directly with Instagram’s offering, CEO Kevin Systrom said that it made more sense to simply direct users to the actual page the image is hosted on.

The integration of Pinterest photos seems to be okay with Twitter and the image-based social network is working hard to bring more value to its users. On December 6, it was announced they now have a dedicated spam team to help remove fake and spam accounts.

In one of their first big cleanups, several large accounts saw the loss of hundreds of thousands of followers. Top Pinterest user Joy Cho had nearly 13 million followers before the cleanup. Currently, she’s sitting at just over 10 million followers.

Pinterest photos integration is live now for all Twitter users who use the web interface and there are no hoops to jump through.