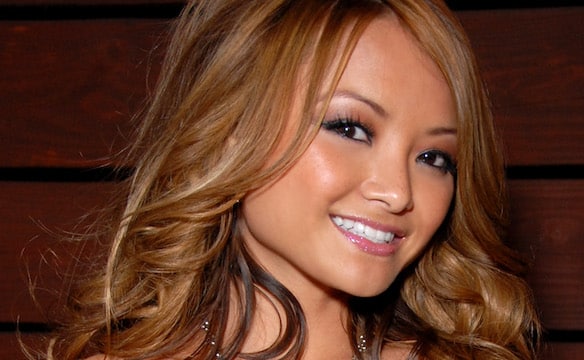 There seems to be a collective groaning about D-List celebrities, but they’re actually the more interesting kind to follow. While Brad and Angelina are off somewhere “breaking up for good” for the fifth time, people like Tila Tequila are out there hustling every day. In other words, they’re really working for their money. That leads a person in show business to some interesting places.

Tequila has done it all. She’s been a model, a musician, a television personality, a realty TV star, an actress, a pornographic actress, and remains an active writer and blogger. She’s also the author of a terrible polemic called “Why I Sympathize with Hitler: Part I.” Whoa. Didn’t see that one coming, did you?

“For those of you who focus on the victims of war well that is just part of war. What do you think war is about? People DIE in wars that is why I am against wars. It brought me to tears because I used to think all of those horrible things about him [Hitler] until I learned the truth about the war and what Hitler truly did and he was not a bad person as they have painted him out to be. Here is a man who was not a coward, stood up for his country in a DESPERATE TIME OF NEED (unlike all of our cowardly leaders), and yet not only did he try his best to help his country and people get out of what was a time of depression, economic collapse, high unemployment, amongst many other things.”

You see what I mean by interesting? You won’t find Brangelina writing an op-ed with the headline “Why Pol Pot Was an Alright Guy: Part I.” This is the kind of magnificent self-sabotage D-listers can get away with when there isn’t a PR person to run things by.

Tequila apologized for writing the post, blaming it on depression and drug addiction, which are both very original reasons to be anti-Semitic. You’d think she’d avoid the whole Hitler subject from then on, but Ms. Cuervo just couldn’t help herself when #BabyHitler began trending.

Now, we’ve all donned a fake mustache and gestured offensively to the mirror (I’m not alone here, right?), but it’s a pretty safe assumption that most of you readers don’t have a history of supporting Nazism. Take this as you will. As a Jew (Ashkenazi, thanks for asking), I’m going to do what we’ve done since the days of slavery in Egypt, which DEFINITELY happened—sigh loudly and move on with life. Feh!

Now that the election results are almost final, we all want to ask what’s going to happen to Donald Trump after leaving the office? All US Presidents inevitably reach the point where they leave the White House.  Besides, the constitution states that all US Presidents are subject to a two-term limit. What do former presidents… END_OF_DOCUMENT_TOKEN_TO_BE_REPLACED

This is the first time in modern history that the US held presidential elections in the middle of a pandemic. In truth, the US elections may have overshadowed COVID-19 and the side effects are limitless. America is facing a tough crisis of discontentment with the current administration. An understandable case but a situation that may… END_OF_DOCUMENT_TOKEN_TO_BE_REPLACED

America’s political climate has been seeing records of changes over the past few decades. However, US election results record a list of surprising firsts for the first time in a long time. With the power of the youth overpowering the US election results, we see how differently they see the world. It shows how inclusivity… END_OF_DOCUMENT_TOKEN_TO_BE_REPLACED