Martin Shkreli, here’s a piece of advice from one professional to another: when you’re a social pariah, it’s better to lay low than enter damage control mode. Here’s another tip—though as a fellow millennial, I assumed you would have known this: Reddit hates you. A lot. You’re right up there with Jenny McCarthy and Comcast. To be fair, everybody hates Comcast. But then again, everybody hates you, too. Props, though. It takes a lot of chutzpah to enter the belly of the beast. And that, ladies and gentleman, is exactly what Mr. Shkreli did.

If you’re lost, Shkreli is best known for shamelessly price-gouging a potentially life-saving drug used to treat AIDS and parasitic infections. After his company, Turing Pharmaceuticals, purchased the rights to the drug, Shkreli raised its price from $13.50 per pill to $750. This landed him in hot water with the public, but Shkreli didn’t back down. Instead, he (and these are his words) acted like a “flippant jackass” on television and social media. Later, perhaps after realizing that America doesn’t see him as some kind of edgy, bad boy anti-hero, Shkreli attempted to assure the public that his company offers “programs” to help low-income patients afford the drugs. Nobody bought it. 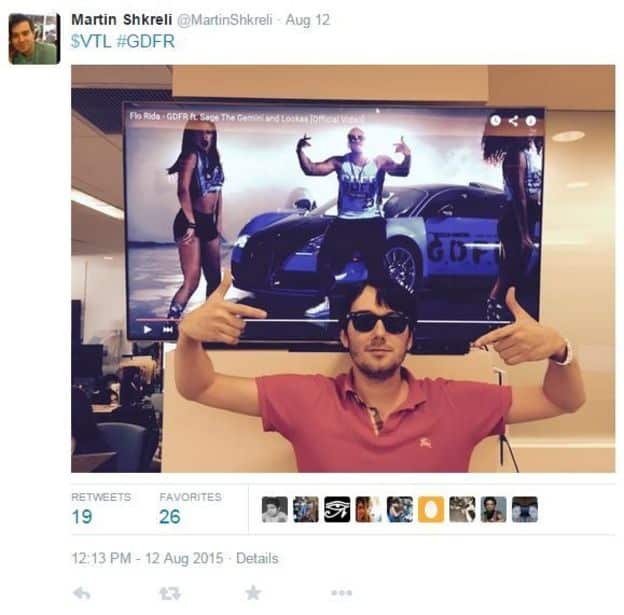 On Sunday, Shkreli and his PR team took to Reddit to host an AMA session. Shockingly, it didn’t go over so well. In fact, it’s pretty /r/amadisasters worthy. One user asked if the “awful” session was Shkreli or his PR team’s idea, to which he responded:

“This is 99% statement and 1% question … I think that violates the terms of service.”

If Shkreli was really interested in following the TOS, he wouldn’t have created the embarrassingly bad sockpuppet accounts that threw him softball questions. One of them, called Shkrelidelic (nothing unusual here, move along), wrote such obvious phony questions that it’s really quite cringe-worthy. Here are a few gems Shkreli asked himself:

“Shkreli Deli has a nice ring to it. Are you a sandwich man?”

Shkreli’s biggest nonexistent fan is just dying to know if the young CEO enjoys sandwiches. This is why technology was invented.

“Does your company do any advertising that requires voice-overs? I can say “Turing” out loud more awesome than others.”

Shkreli just asked himself for a job.

“Thanks for responding. Have a nice trip out here. Get dat Mexican food.”

Shkreli thanked himself for responding to his own question, then encouraged himself to have a nice trip and “get dat Mexican food.”

When asked by another (presumably real) user “How have you and your public relations team dealt with the recent controversy?” Shkreli responded honestly with “poorly.” That’s almost enough to make you not hate the guy. And by “almost enough,” I mean it isn’t the bro-ey word vomit of corporate apologia that usually comes out of his mouth.

We’ve saved the best response for last. It’s from a doctor who works in India:

“Now medically speaking I haven’t yet heard of why your drug’s worth $749 more than my pyrimethamine. Does it improve on the nausea, vomiting and diarrhoea? Does it have a folate sparing effect? Can it be used in pregnant women and in epileptics?
No one’s been able to tell me what your upgrade is or how it works or even if it is a cost saving upgrade.

Now here is my second problem. If your upgrade reduces the side effects of the drug, why is it much more expensive than prescribing say…. Ondansetron and a Folate infusion to counteract the more common effects. I mean even if I used multiple drugs to achieve this and say bundled pyrimethamine with ondansetron and loperamide and an antacid say pantoprazole and suggested folate level monitoring it would be cheaper.

So what makes Daraprim better than pyrimethamine and what changes and upgrades have you made to the drug to warrant the increase in price?”

I’m presuming Shkreli is thinking long and hard about this one, as three days have gone by and he’s yet to respond to it. I bet it’ll be brilliant when he gets around to it.