Sound Like A Peanuts Grownup with the Wah-Wah Machine

With Peanuts soon coming to the big screen as a 3D animated feature, one of the nods to the animated television series will be there for the fans to cheer over — just what does a grown-up sound like in Charlie Brown’s world?

Lee Mendelson, the television producer who collaborated with creator Charles Schulz and animator Bill Melendez shared with Mashable: “We chose not to show the adult. So I asked our music director, Vince Guaraldi, ‘Would there be some instrument we could use as a sound to emulate what an adult might sound like to a kid?’”

The Wah Wah sound is courtesy of a trombone player brought in by Vince Guaraldi, the TV show’s musical director. Schulz loved it, the network and the sponsors embraced it, critics hailed it as something innovative. “It became our off-stage voice forever,” said Mendelson, who also became Executive director to the Peanuts specials that followed soon after.

Now, Blue Sky Studios and the Peanuts organization present you with the chance to make the Wah wah your voice too, with the Wah Wah Machine.

Steve Martino, director of the CGI 3D movie Peanuts, brought in trombonist Troy “Trombone Shorty” Andrews to recreate the wah-wah sounds we’ve grown up with in our heads. 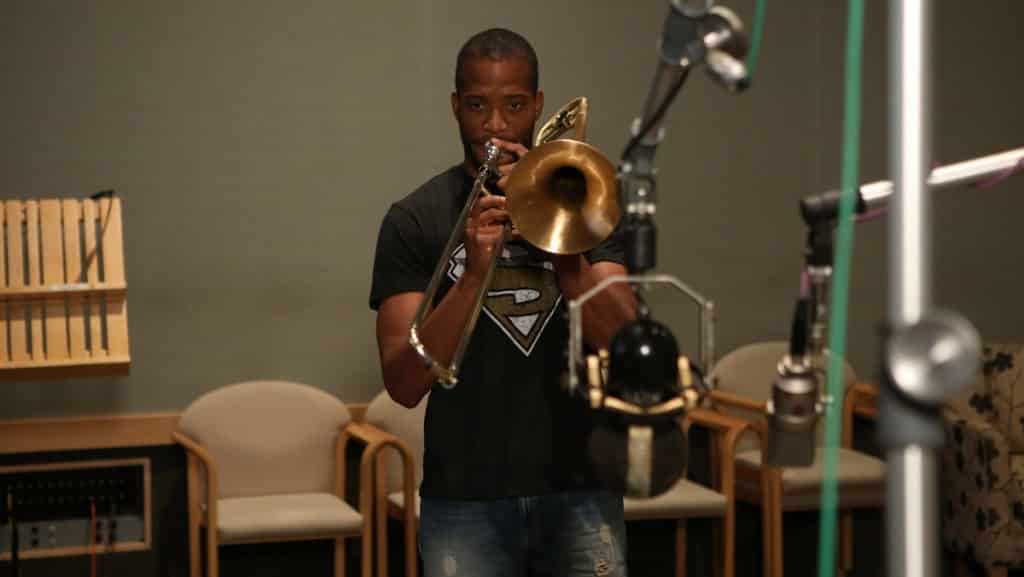 “Trombone Shorty came in with a little arsenal,” said Martino. “I didn’t realize there were so many different kinds of plungers or mutes. We tried many different styles and found one particular one that gave us just the right sound.”

So, let’s try putting some scarily grownup phrases through the Wah Wah Machine. what would they sound like?

How about some “Donald Trump Is Leading the Candidacy Polls”?

And last but certainly not the least, here’s “Turn To Page Three Hundred and Ninety Four”:

See? The world certainly sounds a lot less intimidating. all thanks to the Wah Wah Machine.

Morrissey Wants You To Know He LIKED The Peanuts Tumblr, TYVM

Tweets and Peanuts, A Hilarious Combination