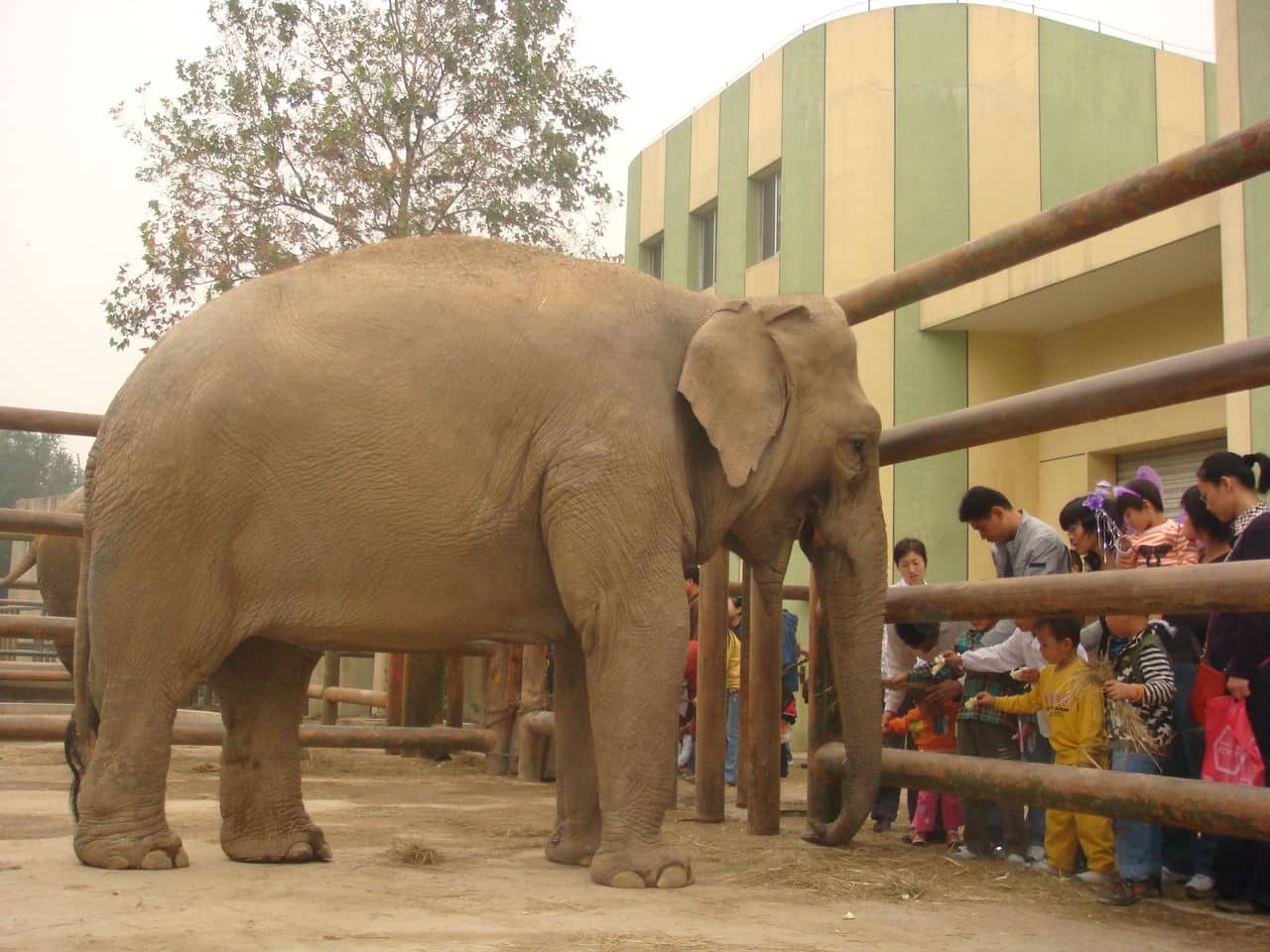 Warning signs have been put in place after a Taiwanese zoo elephant threw a rock at a guest and knocked out her front tooth.

A ccording to the Chinese newspaper Apple Daily, a 26-year old woman was visiting a Taiwanese zoo and looking out into the elephant enclosure when a 42-year old African elephant named Ali picked up a stone and threw it into her face.

The woman began bleeding heavily and lost her front incisor tooth. The zoo has agreed to pay compensation for her medical costs, as well as put up warning signs around the enclosure.

Zoo officials say Ali is usually good tempered, but becomes upset when visitors taunt her. She’s been known to spray unruly guests with water and throw leaves in their faces. She’s even thrown feces at people—so, you know, at least a big chunk of elephant dung didn’t knock that woman’s tooth out. That’s the kind of injury you would just hate explaining.

“As one of the most intelligent creatures on Earth, elephants have immensely complex needs that no captive facility can fully provide.”

Unfortunately, the problem with elephants like Ali goes much deeper than the occasional temper tantrum. According to the Elephant Action League, “Elephants, together with apes and cetaceans, are really ill-adapted to captivity.” This is an important point, because for elephants who are kept in inadequate conditions in zoos, life must be torturous. EAL continues:

“As one of the most intelligent creatures on Earth, elephants have immensely complex needs that no captive facility can fully provide. Elephants in the wild live in large family units, sometimes up to 100 individuals, and they have intricate social networks and long-lasting relationships. In the wild elephants are on the move about 20 hours a day, busy in foraging and socializing! And they need space, a lot of space, ranging from tens to hundreds and even thousands of square kilometers! Elephants in captivity often live dramatically shorter lives than their counterparts in the wild, as a very comprehensive study found out in 2008. Those in the wild live decades longer, on average.”

So while we understandably feel bad for the woman who lost her tooth, it’s important to realize elephants like Ali live stressful lives in captivity—especially in an enclosure so close to visitors, they’re capable of taunting the animals. Of course, there are plenty of zoos and organizations out there that do their best with the elephants they receive. Some of them may be former circus animals, or have been exploited in some other way. Sadly, many of these elephants wouldn’t survive in the wild, and the logistics of getting them there in the first place would require funding that’s just not available.

Presidential pardons are one and many in the history of the US. There are many times when US Presidents granted reprieves for their citizen’s misdeeds. The US President may grant a pardon for any individual, including himself, for any crimes done against the country and its citizens. This issue of Presidential pardons has been trending… END_OF_DOCUMENT_TOKEN_TO_BE_REPLACED

President Biden has tapped Rachel Levine to be his assistant secretary of health, making her the first publicly transgender federal official. In 2017, Democratic Gov. Tom Wolf appointed Levine to her current post, making her one of the few transgender persons serving in appointed or elected positions countrywide. Biden said in a statement: “Dr. Rachel… END_OF_DOCUMENT_TOKEN_TO_BE_REPLACED

The minimum wage hike has always been an issue in the US for the past decades. With only a few hours before Biden gets inaugurated as the President of the United States, people are excited for all his promises to take place. One of these is his plans to raise the minimum wage of workers… END_OF_DOCUMENT_TOKEN_TO_BE_REPLACED