30-foot Statue of Ganesh Crashes Onto Devotees in a Festival

A 30-foot statue of the Hindu elephant-headed god Ganesha came crashing down, right into a building and above a community of worshipers in Hyderabad, India. The video has gone viral, and has reached 1.438 views and counting.

Watch the action as it happens below:

The festival is better known as Immersion Day, a part of the week-long celebration Ganesh Chaturthi. Idols made out of  papier mache, milk, and other organic items are placed in pandals (a type of temporary structure) for worship before taking them to the Bay of Bengal. Here, they statues are immersed and accompanied with prayers and supplications for aid in reaching goals and the removal of obstacles.

Unfortunately for this year, the 30-foot statue proved to be of unsound structure. Just as Ganesh’s worshippers began to draw closer, it began to teeter and totter from side to side. The swaying soon ended up making the statue lean way too far for its own stability, causing it to smash into the side of a building and right on top of its pilgrims.

It is still unsure how many people were injured at the time. 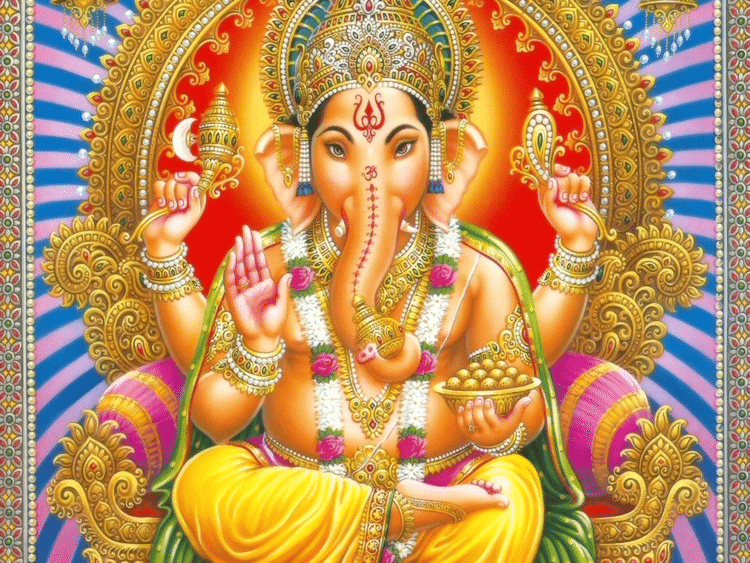 The Hindu god Ganesh is the deity of success, good fortune. He may also be called Ganapati and Vinyaka, and is widely revered as the remover of obstacles, a patron of the arts and sciences, and the deva of intellect and wisdom. He is considered to be one of the most relaxed, laid-back, and amiable gods in the Hindu pantheon, and is worshipped by artists, writers, scientists, and students alike. Offerings from his devotees are often milk — which the statue is either fed, or bathed in — and sweets, as he is considered to have quite the sweet tooth.