Couple Risks Standoff To Have Sex One Last Time

Whether it’s sex in public, car sex, or sex on the beach, getting down and dirty with the risk of getting caught can stoke the flames and amplify the excitement. One police squad just wans’t expecting this couple to take the idea so… literally.

Jacksonville Police received a tip-off about a Michael Forte, 34, who was wanted for an array of charges, including armed burglary, possession of a weapon by a convicted felon, and murder. It so happened that forte was in a mobile home together with Ryan Bautista, 34, who was charged with armed burglary, among several other warrants. It just so happened that Leanne Hunn, 30, Bautista’s girlfriend, was in the mobile home as well.

Through a phone call, Leanne Hunn put this compromise on the table: she’d leave the mobile home for them to do their work if — and only if –she was allowed to have sex with her boyfriend one last time.

That must’ve been awkward, to say the least. 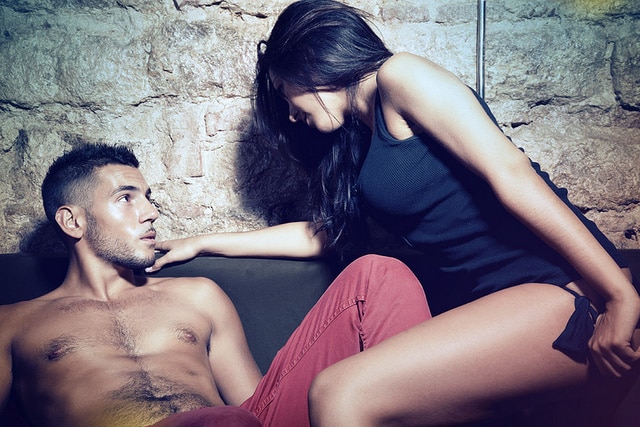 The trio, along with three other adults, barricaded themselves inside the mobile home for more than six hours. One woman was eventually allowed to leave.

A SWAT team arrived on the scene 9:30 p.m. and the standoff didn’t end until 4 a.m. on Thursday, when police entered the home. It’s perhaps safe to posit they tired of waiting and broke the door down, only to find that the couple had Forte as audience to their hot-and-heavy action.

Thankfully, none of the surrounding residents were in any danger during the standoff, Police later said.

Bautista and Hunn are currently doing time at Duval County Jail, on charges of resisting police and false imprisonment.

Man Caught Having Sex with Playground Slide, Gets Banned from Playgrounds