Bride’s Family Turns Reception Into Dinner For The Homeless After...

Here at at SND, we’ve been quite fortunate to cover a number of fantastic brides who have managed to find themselves in painful or alarming situations and bring their own special light to it. Today, We’ve got another bride and her family who turned a moment of heartache into one that would expand the capacity of their hearts for love.

Kari Duane was excited for her daughter as any mom would be on their child’s wedding day. the reception would take place in the four-star Citizen Hotel in Sacramento, with a $35,000 banquet fitted with the finest china, crystalline glassware, and sumptuous, mouthwatering dishes. The stage was set, the flowers arranged, the string quartet rehearsed and ready. there was just one slight catch:

The wedding was cancelled. 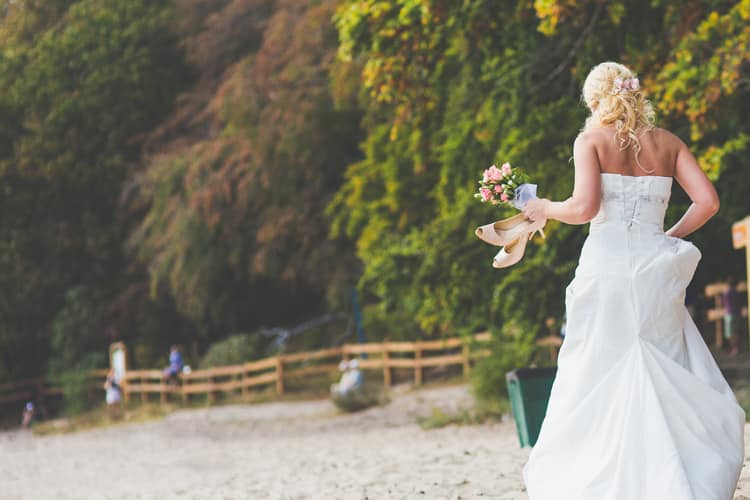 Quinn, her 27-year-old daughter, called her up and was heartbroken that her fiancé had gotten cold feet on the day itself and backed out from the entire commitment. As a response, Quinn’s family decided to open the reception to the city’s homeless so they could come and sit down to a good meal.

“When I found out on Monday that the wedding would not be taking place, it just seemed like, of course, this would be something that we would do to give back,” Kari Duane said.

The first few hours of the reception did not look promising; half an hourly early, only one woman came to the feast. She had been living with a group of seniors, and was too strapped for cash to afford her own rent. “I was thinking at that moment, if she’s the only person that comes tonight, this was worth it,” Duane shared.

Soon, more people came from all walks of life: families, singles, grandparents and toddlers. The hall was filled not just with the smells of good food and chilled drink, but also of laughter and goodwill.

Rasha Abdullah and his wife Erika Craycraft arrived with their five children. their eyes lit up with the bounty of food, and they ate well that day — a stark contrast in their struggle to make ends meet and feed their children three meals a day. “When you’re going through a hard time and a struggle for you to get out to do something different and with your family, it was really a blessing,” Abdullah said. “To lose out on something so important to yourself and then give it to someone else is really giving, really kind,” Craycraft added, keeping Quinn, Kari, and the rest of their brood in mind.

All hope is not lost for Quinn — the wedding bill included a non-refundable trip for two to Belize, so mother and daughter hopped on the first plane out of Sacramento to bond and celebrate life in the sun and surf.

Watch the video report below:

Trash The Dress: Bride Ruins Wedding Dress In The Best Way Possible After Groom Walks Out