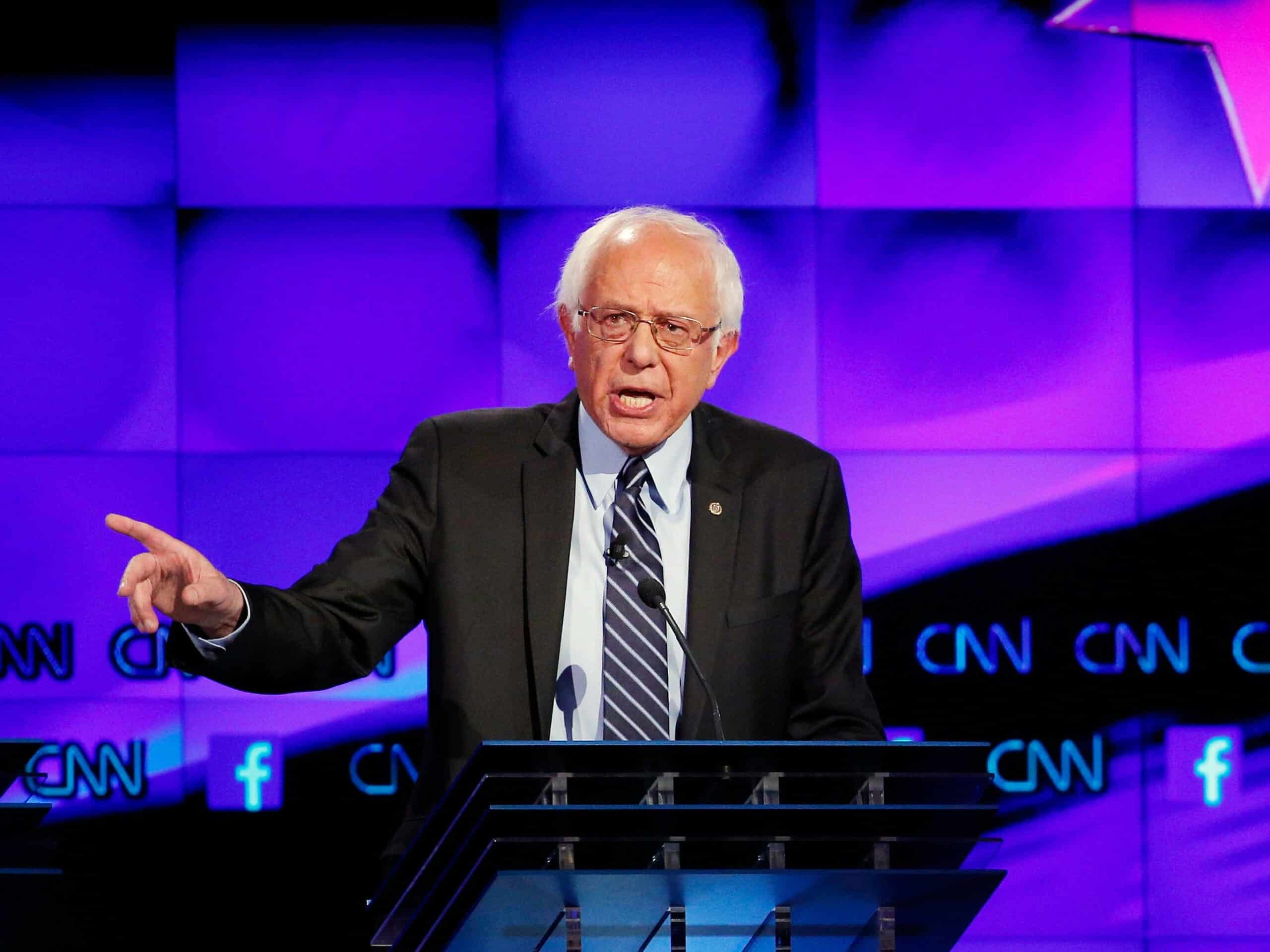 After a passionate performance at the Democratic debate, Vermont Senator Bernie Sanders may have just won the internet.

t’s no secret that the internet loves Bernie Sanders. But after his passionate performance at the first Democratic primary debate, that love may have exploded into full-fledged Bernie fandom. Despite TV pundits claiming Hillary Clinton won the night by defending herself against the many scandals that have plagued her candidacy, online polling suggests Bernie Sanders was the true winner of the debate.

Some of the most significant data comes from CNN’s Facebook poll, which declares Sanders as the winner with 82 percent of the vote. Hillary Clinton only managed to get 11 percent, while Martin O’Malley got 4 percent, Jim Webb garnered 2 percent, and poor Lincoln Chafee took only one percent.

Sanders also won over the majority of focus groups and caused massive traffic spikes in Google search terms relating to him and his campaign.

Perhaps the best news for Sanders comes in the form of the $1.4 million dollars his campaign raised less than 24 hours after the debate. According to a campaign email, that money came entirely from individual donors — some 44,000 in all.

Interest in Sanders has risen sharply over the last few months, particularly among young people. Supporters tout his seeming immunity from big money interests and dedication to providing social programs the United States has historically lacked, such as tuition-free college at public universities, paid family and maternity leave, and universal healthcare.

Sanders himself describes his campaign as a “political revolution” which requires massive public interest in politics to be successful. As his grassroots support strengthens, one thing has become very clear: the internet, as a whole, has already voted in the 2016 election, and they’ve voted for Bernie Sanders.

Republicans Explain Why They #FeelTheBern