Just like op-ed writer Jay Rosen tweetted on the latest devices of another: “When your op-ed is so bad it creates a hashtag #millennialpledge for people hating on it, this does not mean “you struck a nerve.”

Earlier this weekend LA Times Op-Ed writer Chris Erskine sent out an article very self-explanatorily entitled “Millennials, you literally cannot call yourselves adults until you take this pledge”. With a title like this and that very odd burbling in your stomach making its presence felt as you read it, you know this sort of thing isn’t going to go down well.

It contained a list of pledges that, while some proved rather sensible, had such gems as:

• I will not shun comedians or college commencement speakers just because I don’t agree with them.

• Just once, I will try eating without texting.

• Each year, I will pen at least one thank-you note, using what’s left of my cursive writing skills.

• If my first-born is a boy, I promise not to name him Uber.

• If I hate my new job, I will not fake my own death. I will give a full two weeks’ notice like grown-ups usually do.

• In high school or college, I will get a part-time job. Even if it’s beneath me.

• Again, nothing is beneath me.

Aah yes, the nothing like the smell of condecension in the morning. 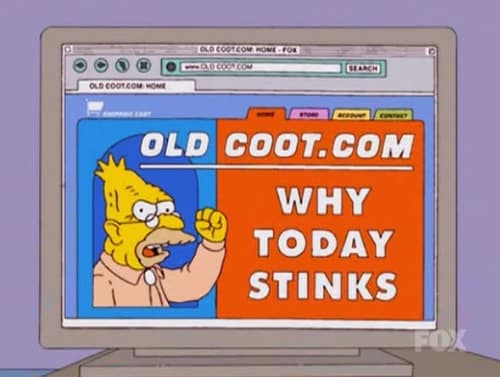 The articles spread like wildfire, and clearly, Millenials were not having any of it. They tweeted their responses to him and LA Times, and Erskine bucked back by releasing a second article entitled “#MillennialPledge backlash is ‘what you get when you raise an entire generation without spanking”. To complete the horror, here are some telltale excerpts from the piece:

As you might expect, the first wave of reaction was from older readers, who’d seen it in print (and wake up before 7 a.m.).
The second and third wave came from millennials themselves, who proved to be frightfully smug and humorless over the whole thing.
To me, this is what you get when you raise an entire generation without spanking.
[…] Has any single one of you punks been drafted?
The oceans are cleaner, the roads safer, the economy more diverse. And, oh yeah, it was boomers who invented your precious iPhones and personal computers.

Ooooh, Erskine, you just did not go there.

Read that asinine #millennialpledge op-ed. I purposefully avoided it until I finished writing my TED talk so I wouldn't go mad with rage.

I used to have a sense of humor, but at age 28, I traded it to pay off part of my obscene medical debt #millennialpledge

Ahahaha yea ok sure you are @latimes pic.twitter.com/E0gPL58LPU

“Back in my day, kids weren’t like this.” – literally every generation since the dawn of time #millennialpledge

Because, oh I don’t know, there’s bee a lot of stuff to clean up and fix that SOME earlier generation messed up, and no one’s going to care about it except whoever inherits it. and who’s that? Oh, right, us Millenials!

#millennialpledge is obviously a silly article but seriously: we're cleaning up your economic mess+fighting your wars. respect would be nice

1. Oceans have never been in worse shape 2. Economy is not diverse 3. *Other* boomers, not you. #millennialpledge pic.twitter.com/uRnGMxZrd2

Hey Baby Boomers, how ’bout you make your own pledges too, huh? How ’bout that?

Millenials made their own significant pledges.

#millennialpledge I will never write a think piece, even in jest, decrying a younger generation

I pledge to leave society better than it was when I found it by making positive change for this and the next generation. #MillennialPledge

I pledge to not suffer needlessly in life or make others suffer because old people insist that it's the only way to adult. #MillennialPledge

And that’s when Twitter users started laying the sick burns.

My #millennialpledge is to dismantle the racist policies white baby boomers and gen-Xers crafted.

I will not be trolled by bad writers #millennialpledge

I will use slang Boomers hate b/c despite the fact I have a well paid fulltime job, I can barely afford my student loan #millennialpledge

69% Of Gen Y Believe They Own Their Social Media Accounts, Not Employers