Cracker That Survived Titanic Sinking to Be Sold for $18,000

A cracker that survived the Titanic disaster will go up for auction on October 24, with an estimated selling value of $18,000.

I t’s always amusing how some historical artifacts can be so rare and valuable, and yet so ordinary and commonplace. Take this cracker that survived the 1912 sinking of the Titanic. By all accounts, it’s an ordinary cracker. It doesn’t look much different than the buttery Keebler snaps you might find in a modern day grocery store. And yet, because it has been through so much, survived so long, and come from such a significant event in history, the little cracker has been valued at $18,000, and is expected to sell for at least as much. 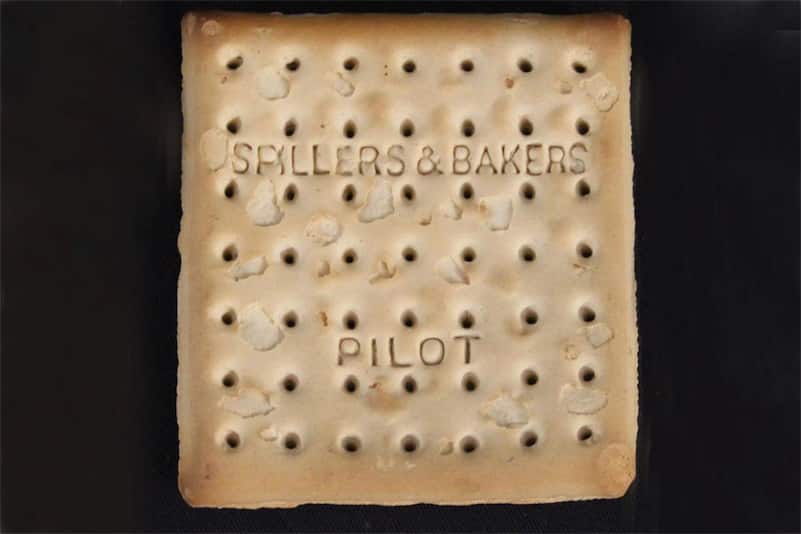 The cracker was preserved by James Fenwick, a passenger aboard the SS Carpathia, a ship which assisted the lucky few to get to lifeboats on the night of the tragedy. The “pilot cracker” was apparently part of a survival kit aboard one of the lifeboats. He took the cracker as a souvenir, and his family has preserved it ever since. According to the auction description:

“This Spillers and Bakers Pilot biscuit formed part of the survival kit in a Titanic lifeboat and was kept as a souvenir by the Fenwicks. To the best of our knowledge its the only example to have survived. 3½ins. x 4ins.

It is sold in a photographic envelope with original notation from Mr Fenwick, ‘Pilot biscuit from Titanic lifeboat April 1912.'”

“It is the world’s most valuable biscuit. We don’t know which lifeboat the biscuit came from but there are no other Titanic lifeboat biscuits in existence to my knowledge. It is incredible that this biscuit has survived such a dramatic event – the sinking of the world’s largest ocean liner – costing 1,500 lives. In terms of precedence, a few years ago a biscuit from one of Shackleton’s expeditions sold for about £3,000 and there is a biscuit from the Lusitania in a museum in the Republic of Ireland.”