Admit it, America: we’ve never had a First Family so relatable — and so meme-able! Whether it’s reacting to mean tweets, dealing with a tantrumed toddler or dealing some real burns on current issues (courtesy of “Anger Translator Luther”, of course), President Barack Obama has been cheered, has been jeered, but there’s one thing undeniable — we totally get him on a down-to-earth level.

That’s why, we think, the POTUS and his family have turned into good-natured oh-so-memeable material. Take the above picture, for example.

On September 26, First Lady Michelle Obama was spotted fixing her dear husband’s tie at a state dinner, and that satisfied look on Barack’s face was just to irresistible to the Internet. So, the good folks over at Reddit’s PS Battle thread took a crack at taking this picture to a whole new level of Funny.

So here’s the original picture, one last time: 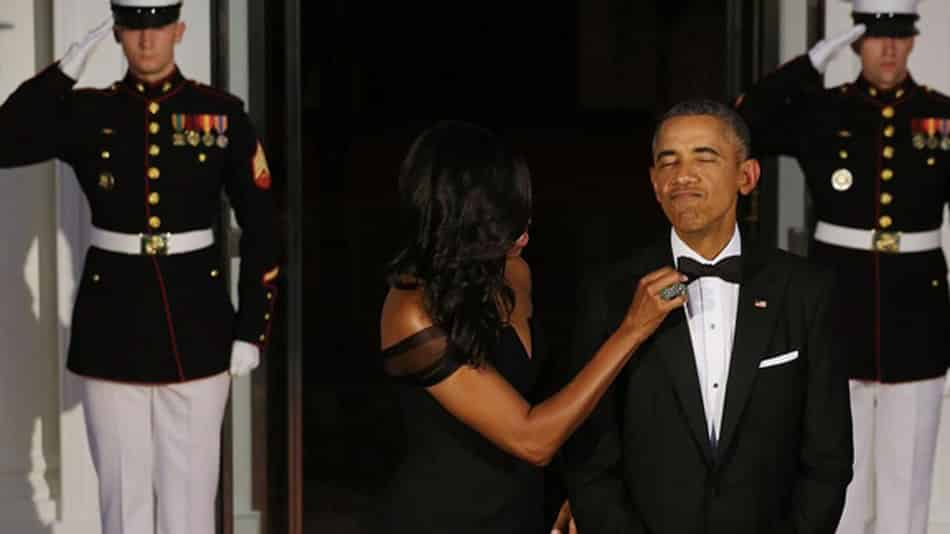 And here’s a not-so-happy Barack on the receiving end of some unexpected (and unwelcome?) display of affection: 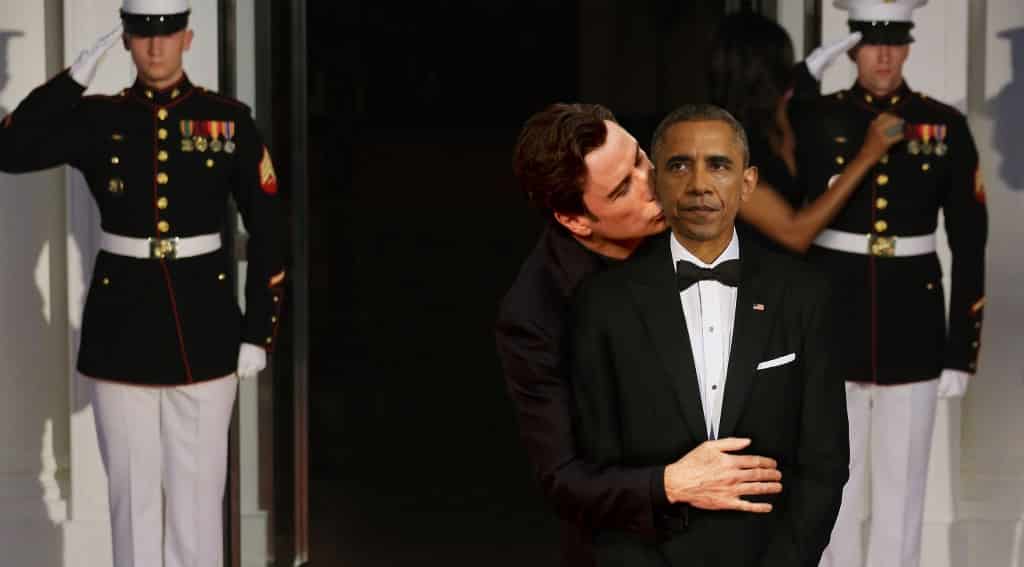 See, his veep even has to lean in and whisper “You’re looking real fine, boss.” 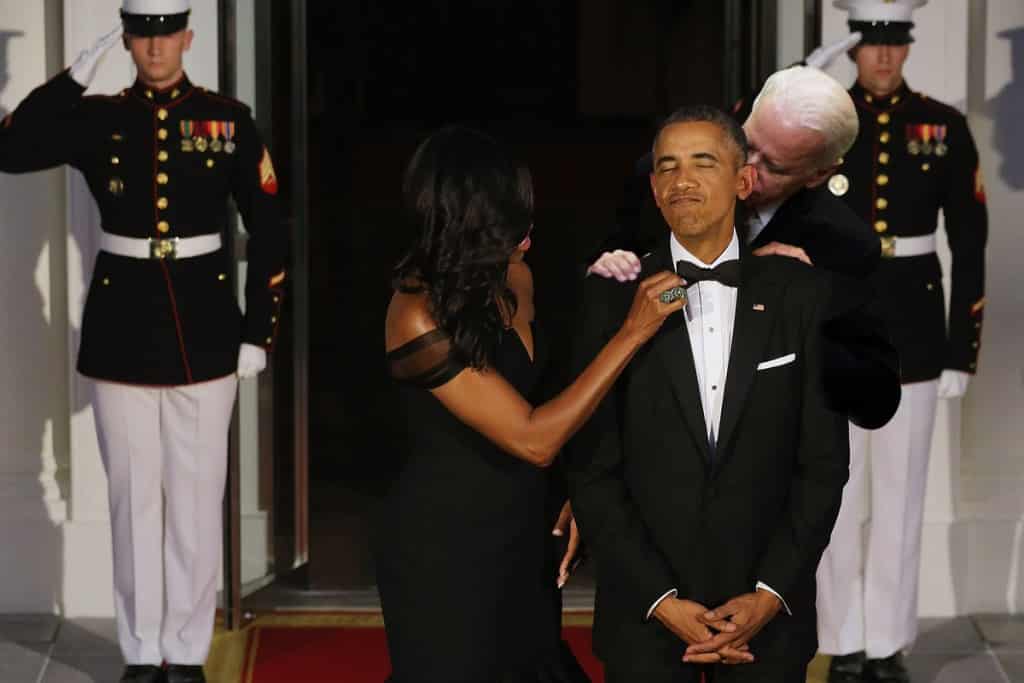 Or maybe Barack’s just caught up in some sweet, satisfying daydream. 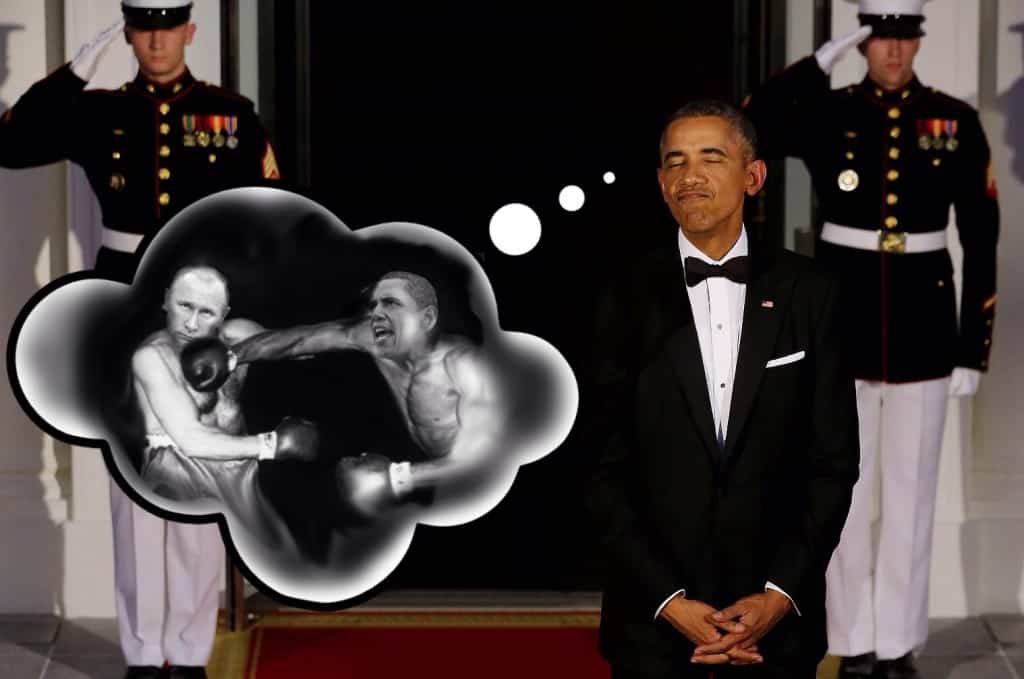 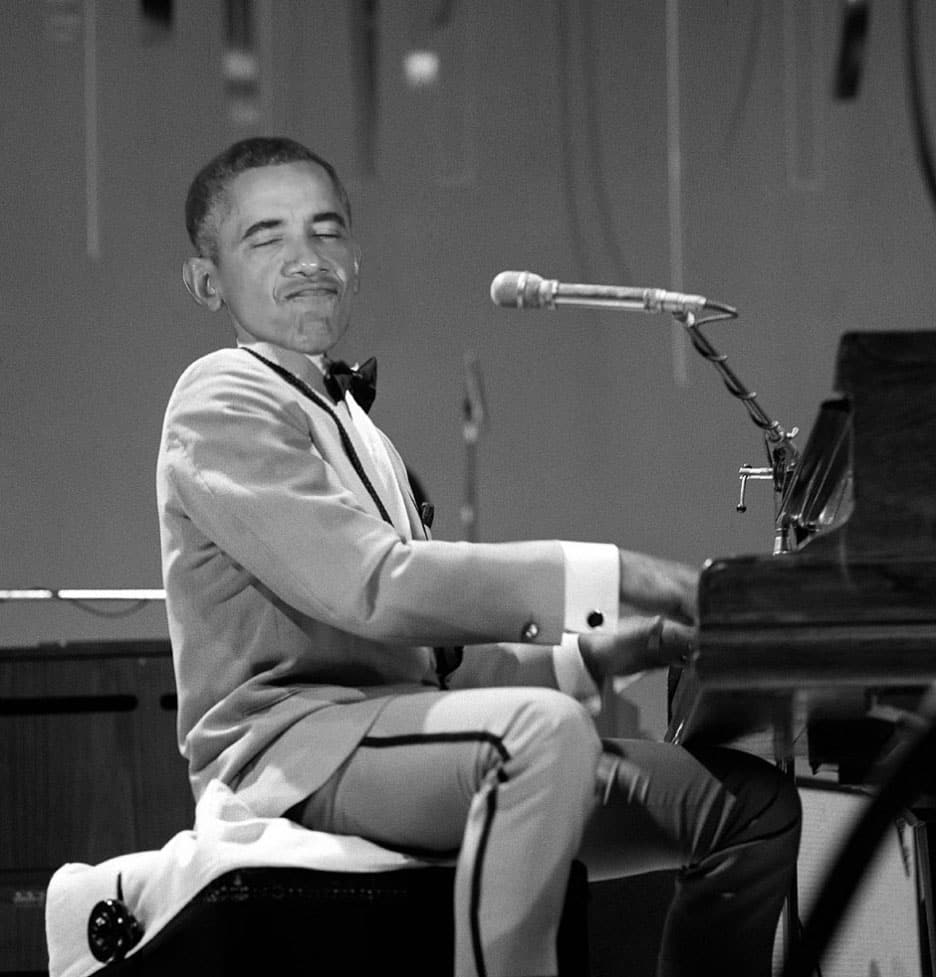 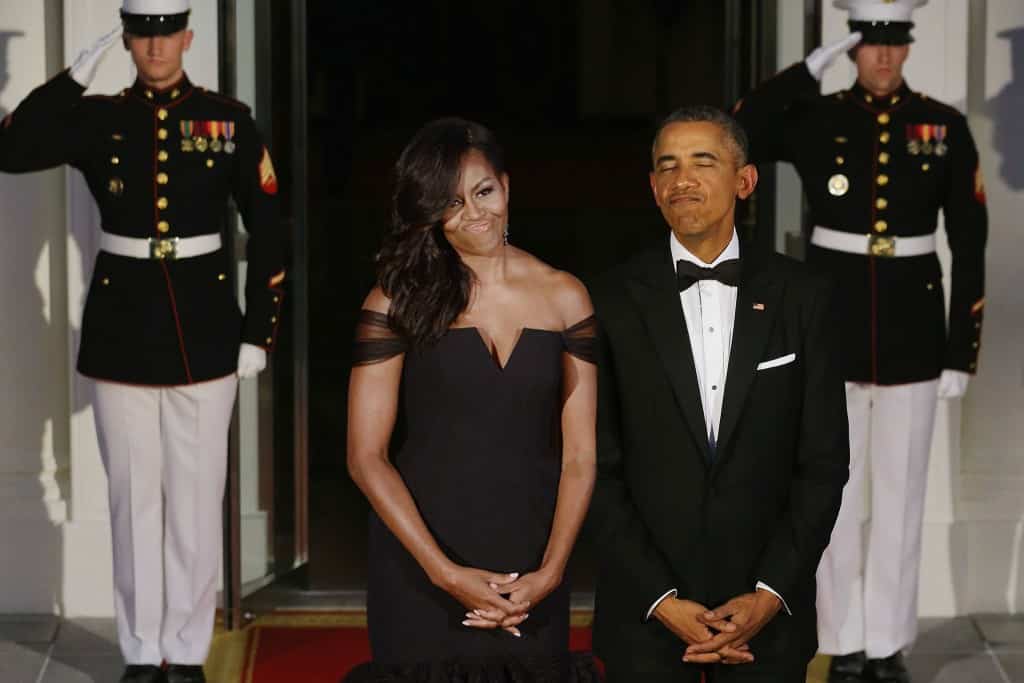 “Putin’s diary; Day 2: Successfully infiltrated the white House, It seems no one has noticed yet. also: I do make this uniform look good. High five, Me.” 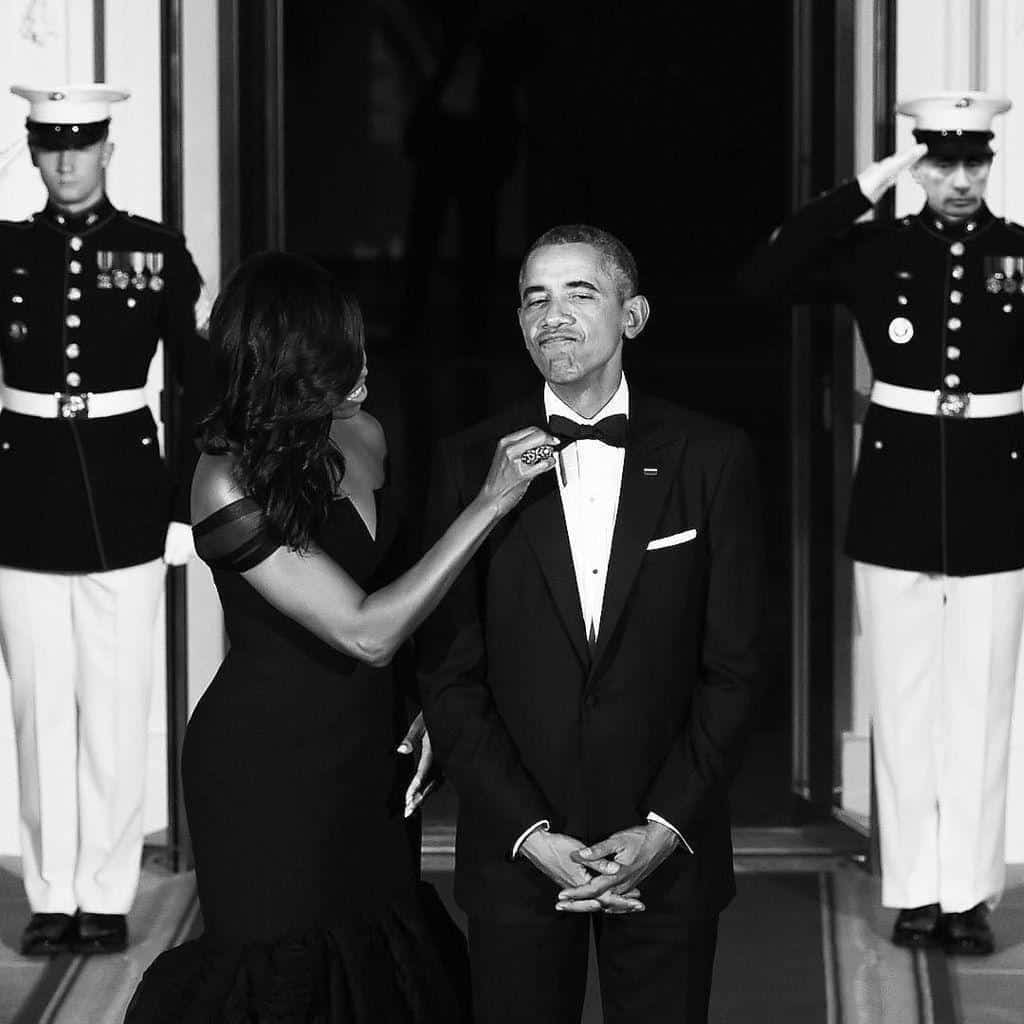 No one really expects JOHN CENAAAAA!

“Sigh* “Does she really have to do it to everyone?” 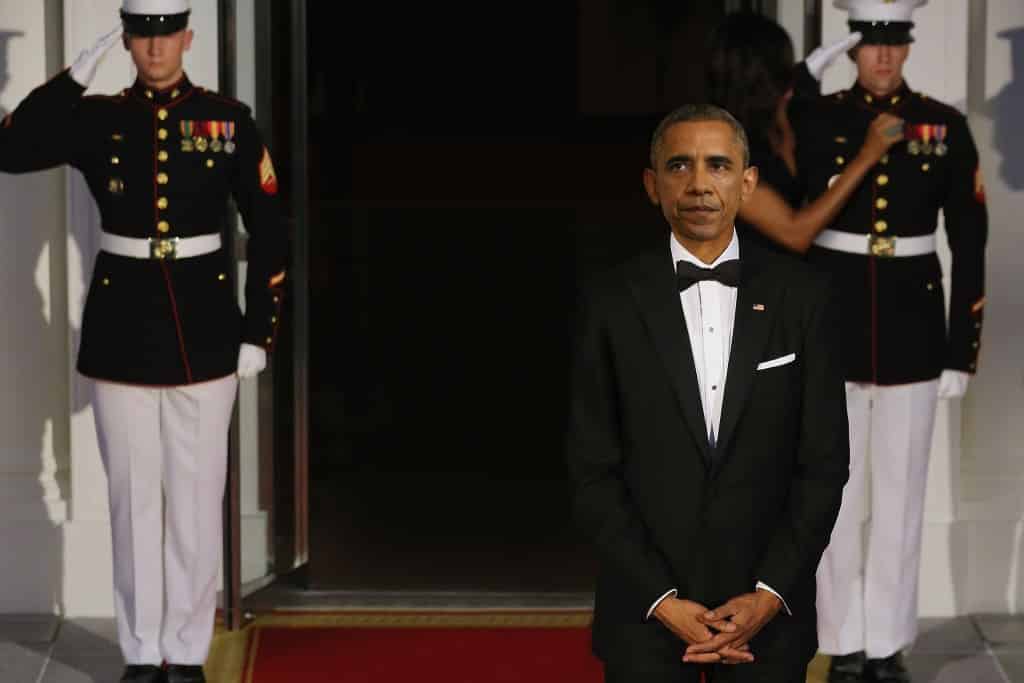 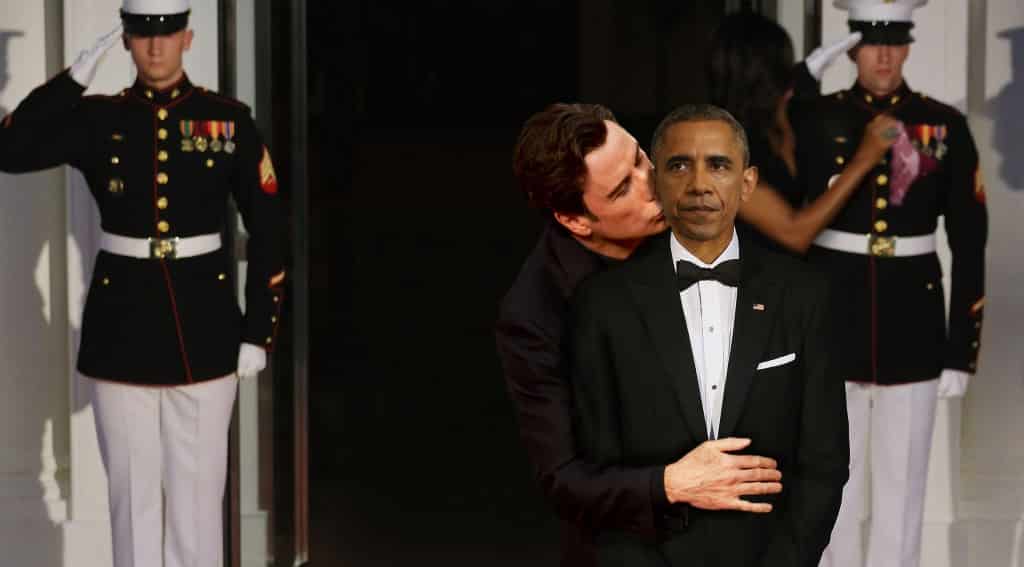 So which Photoshopped picture was your favorite? Which one cracked you up? Let us know by tweeting us @SocialNewsDaily! If you want to give this meme your own spin, we’d love to see your work, too.