A week ago, Julia Cordray’s with a blog post entitled “I Became a Trending Topic for the Wrong Reasons. Here’s Why We need Peeple, the Positivity App I’m Building” -to-launch app Peeple drew a lot of the internet’s ire, and Corday’s decided to give it a major overhaul while explaining her side of the matter.

To briefly recap — Peeple is an app designed to rate individuals you know based on their personality — neighbors, coworkers, friends and family — with or without their prior knowledge or consent. It was created with the full intention of making it a positivity app. However, the Internet quickly pointed out where this venture could go horribly wrong, citing that negative reviews could pile as high as positive ones, and that having all this negative talk amassed about people could hurt relationships in the long run.

Corday went on LinkedIn to explain the changes she was making to the app in question: 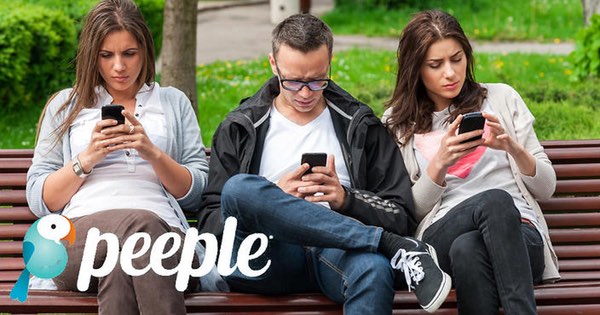 Her efforts to salvage the app are still met with much head-shaking and disbelief. It’s a fact she’s well aware of, and has taken to LinkedIn once more with a blog post entitled “I Became a Trending Topic for the Wrong Reasons. Here’s Why We need Peeple, the Positivity App I’m Building” to make set herself as an example of why the world needs Peeple.

Since the interview with The Washington Post, I’ve received death threats and extremely insulting comments aimed at me, my investors, and my family on almost every social media tool possible. I hope now if nothing else by watching me you can clearly see why the world needs more love and positivity.

Here’s the catch. I can’t delete any of them. They are there forever for the world to see.

That’s not the world I want to live in and neither should you.

In the meantime, people are now not only disliking the idea of Peeple, but also beginning to question its credulity.

Probably just a Merry Prankster hoax from Edward Snowden, to show us THE HORROR we have BECOME: https://t.co/DUc5nqXqvw

Starting to think #Peeple might be an elaborate hoax. If it isn't, it's an example of sociopath-level privilege going out of control.

Starting to think #Peeple might be an elaborate hoax. If it isn't, it's an example of sociopath-level privilege going out of control.

You may also enjoy:
Internet Pokes Fun at Massive iPad and Apple Pencil