Terminally-ill Patients Live Out Final Wishes, Thanks to Dutch Non-Profit

When it comes to final wishes, it just takes a little compassion to give a terminally-ill person some kindness and dignity.

Stichting Ambulance Wens — or Ambulance Wish Foundation — is a Dutch non-profit Organization that is dedicated to helping terminally-ill patients a chance to live out their dying wishes to the best of their abilities. From taking patients on one final sailing trip to taste the tang of the sea, to horseback rides in the quiet countryside, to visiting friend’s graves and being part of their grandchildren’s wedding, this group all began from one spur-of-the-moment act from Kees Veldboer, an ambulance driver who decided on impulse to help a patient.

In 2006, he was tasked to move patient Mario Stefanutto from one hospital to another. Stefanutto had barely settled into the stretcher when they received a note to delay, as the receiving hospital was not yet ready. Faced with many hours to kill, Veldboer asked Stefanutto if there was anywhere in particular he wanted to go to.

Stefanutto, a retired seaman, asked if they could go to Vlaardingen canal, so he could take in the waterside’s vista and bid one last farewell to Rotterdam harbour. Why not? It was a glorious sunny day, the wind was high, and Velboer’s charge was filled with so much joy to be back in the place where he spent many happier days. “Tears of joy ran over his face,” shares Veldboer. 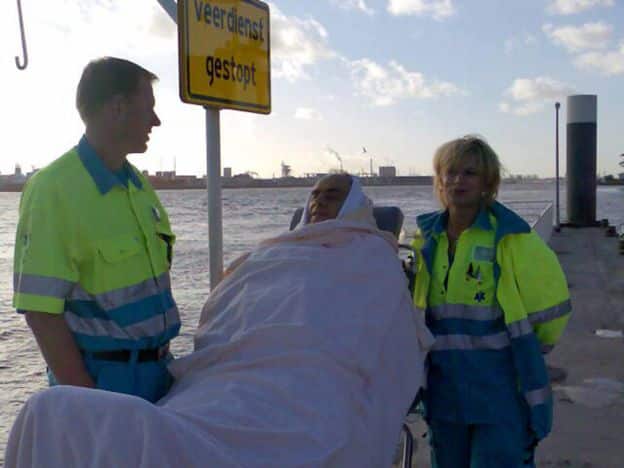 But that wasn’t the end of Stefanutto’s happy moment. Veldboer asked: ‘Would you like to have the opportunity to sail again?’ he said it would be impossible because he lay on a stretcher.” Determined to make Stefanutto’s wish come true, the ambulance driver asked for permission to borrow an ambulance on his day off. He recruited the aid of his colleague Linda, and much to his patient’s surprise, showed up on the hospital’s doorstep. Why? To take him sailing, of course! 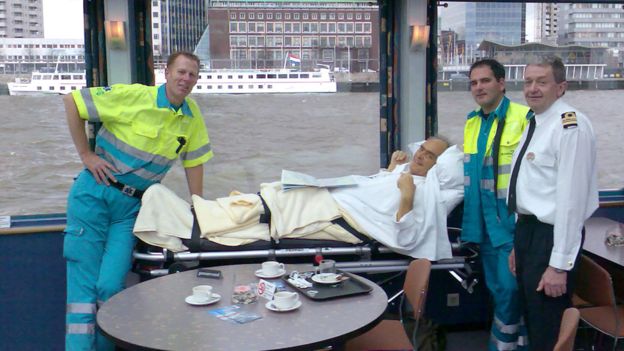 Stefanutto penned this in a note a week before passing away in peace: “It does me good that there are still people who care about others… I can tell you from my own experience that a small gesture from someone else can have a huge impact.”

From then on, Veldboer and his wife Ineke gave life to Stichting Ambulance Wens right on their dining room table, to date, the non-profit organization has served for eight years with a stout-hearted team of 230 volunteers, six ambulances and a holiday home, and is fast approaching 7,000 fulfilled wishes.

While other charity organizations take their patients on a day out, Stichting Ambulance Wens is the first to provide an ambulance and full medical back-up. Their fully-trained nurses are always on board, and their ambulance drivers hail from police and fire brigades. The ambulances are specially made to have a view, and each patient also receives a teddy bear named Mario, after their very first patient Mr. Stefanutto.

“If people know we’re coming, they find new reserves of energy,” says Foppen, one of the non-profit’s volunteers. “Often the family tell us they were about to cancel because the patient was so ill, but when we arrive they are beaming, ready for their day out.”

Ever since the great success of his venture, Kees Veldboen has gone on to set up similar services in Belgium, Germany, Sweden, and Israel –after taking a Jewish woman to Jerusalem, where she wanted to die.

This project has not only transformed his charges, but Veldboen himself. “I used to think I didn’t amount to much, but then I discovered my ideas aren’t that bad after all. I’ve learned that if you follow your heart and do things your own way, people will support you.”

“I’m just a very ordinary Dutch guy who does what he likes best, and my hobby is helping others.”

You may also enjoy:
Selfless Sikh Uses Turban To Save Boy’s Life

What Happens When This Guy Gives A Homeless Man $100?