If we ever did need that controversial Dislike button for something, it would be this one, more than anything.

If you’ve been scrolling through your Facebook dash, there’s some chance (and we do hope that it’s actually a really small one) that you’ve seen this text post doing the rounds:

As of September 28 2015 8:50 pm Eastern standard time, I do not give Facebook or any entities associated with Facebook permission to use my pictures, information, or posts, both past and future. By this statement, I give notice to Facebook it is strictly forbidden to disclose, copy, distribute, or take any other action against me based on this profile and/or its contents. The content of this profile is private and confidential information. The violation of privacy can be punished by law (UCC 1-308- 1 1 308-1 1 308-103 and the Rome Statute).

As early as now, we’re telling you — PLEASE DO NOT. DO NOT EVEN TRY. THIS IS A PLAIN AND SIMPLE HOAX.

Right, done with the shouty capitals.

The phenomenon has got to be so obvious, it’s practically turned into a full-fledged annoyance rather than a scare. It’s even got Facebook CEO Mark Zuckerberg pinching the bridge of his nose (and aching for a Backpfeifengesicht) with an article delicately entitled “Facebook Urges Users Not To Be So Fucking Gullible”. 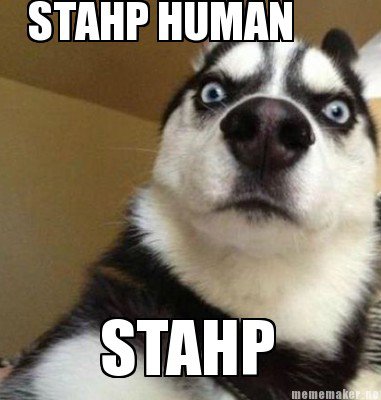 Someone needs to shoot the Facebook Privacy Notice meme in the head so it doesn't resurface again 6 months from now. pic.twitter.com/PRxjMKvqzb

In response to the latest @Facebook copy/paste privacy hullabaloo (spelled that correctly on the first try YEAH!) pic.twitter.com/hkBr4mOxPV

Facebook pretty much had the final say on the matter:

You may also enjoy:
Facebook Lets You Use Loopable Video Profile Pics and More
Woman Uses Facebook To Try And Sell Daughter [Video]