“Most Beautiful Bride” Interrupts Own Shoot To Save Drowning Man

Some brides can get real persnickety about anything concerning their own weddings. Get one detail out of order — whether its the boutonnieres gone missing, the wedding cupcake delivery team arriving late, or even the wedding favors turning up the wrong color — and it only takes so much for a blushing bride to turn into Bridezilla just like that.

Not so for this one Chinese Bride who put saving a life first before her own photoshoot.

Like any young lady anticipating her wedding day, Guo Yuanyuan was over the moon to have her wedding photoshoot taken on the picturesque shores of Dailan beach. Guo, who also happened to be a practicing nurse, spotted a drowning man dragged onto a further point on the shore, on the edge between life and death. She instantly dropped everything, ran to the man’s side, and performed CPR on him, unmindful of her full-on bridal attire, urging him to hang on as the paramedics were on their way. 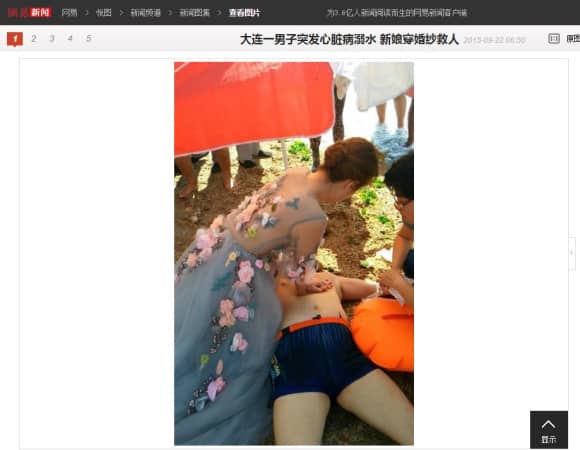 It was perhaps serendipitous that Guo was part of the cardiothoracic (chest, heart, and lungs) department at Dailan Central Hospital. She knew that the first thing to do was cover the victim with ample shade before jumping into CPR, and tgat’s exactly what she did. 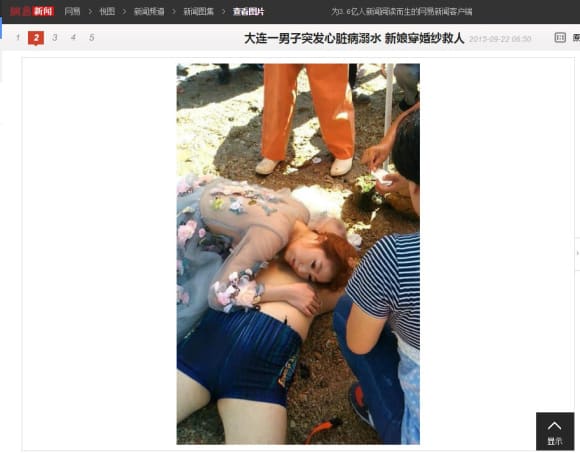 Guo didn’t care if the wet sand got onto her dress, or if the sea spray and sweat ruined her makeup or rumpled her hair. The only thing that mattered to her was that small hope of faint heartbeat in the man’s chest. 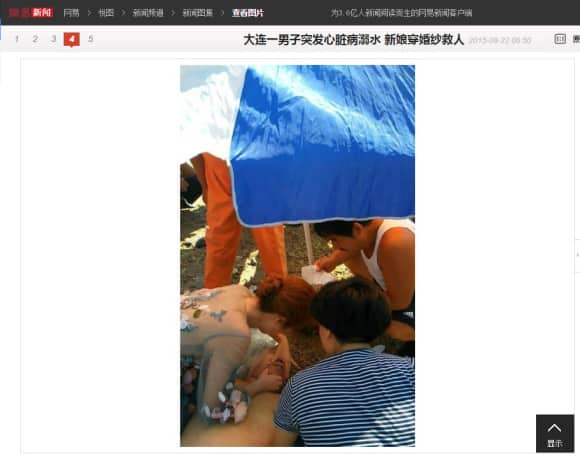 Sadly, neither Guo nor the paramedics were able to save the man in time. It was reported that the swimmer had suffered from a heart attack as he was swimming and was already out of breath and a heartbeat by the time he was pulled ashore.

We can only imagine the kind of sadness Guo must be dealing with, to lose an emergency patient on her special day. However, as her act of courage and quick-thinking spread through Chinese social media, she was soon hailed as “the most beautiful bride ever.”

We extend our congratulations and condolences to you, Guo. Your heart is in the right place, and it’s indeed what makes you the most beautiful.

You may also enjoy:
Trash The Dress: Bride Ruins Wedding Dress In The Best Way Possible After Groom Walks Out