An 80 year-old man in Fort Worth, Texas has taken it upon himself to rescue (and entertain) abandoned dogs in his neighborhood.

E ugene Bostick retired nearly fifteen years ago, but he’s been working hard for his neighborhood’s abandoned dogs. “We live down on a dead-end street, where me and my brother have a horse barn,” the 80 year-old Bostick told The Dodo. “People sometimes come by and dump dogs out here, leaving them to starve. So, we started feeding them, letting them in, taking them to the vet to get them spayed and neutered. We made a place for them to live.”

Not content to just house the abandoned animals, Bostick has come up with a clever (and adorable) way to entertain them: taking his pack for rides on a homemade “dog train”. 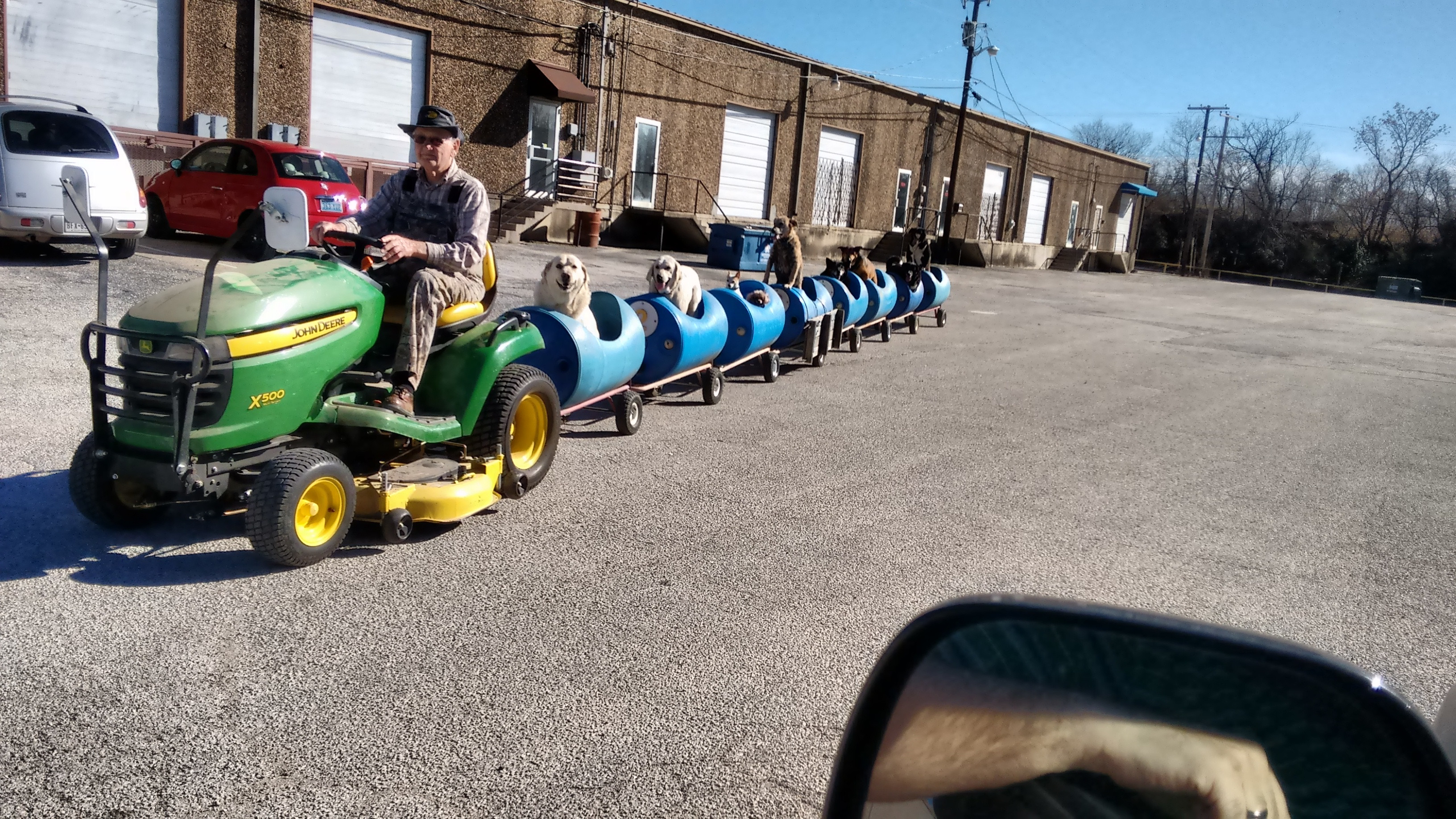 The dogs seem to love going for rides. “Whenever they hear me hooking the tractor up to it, man, they get so excited,” Bostick said. “They all come running and jump in on their own. They’re ready to go.” 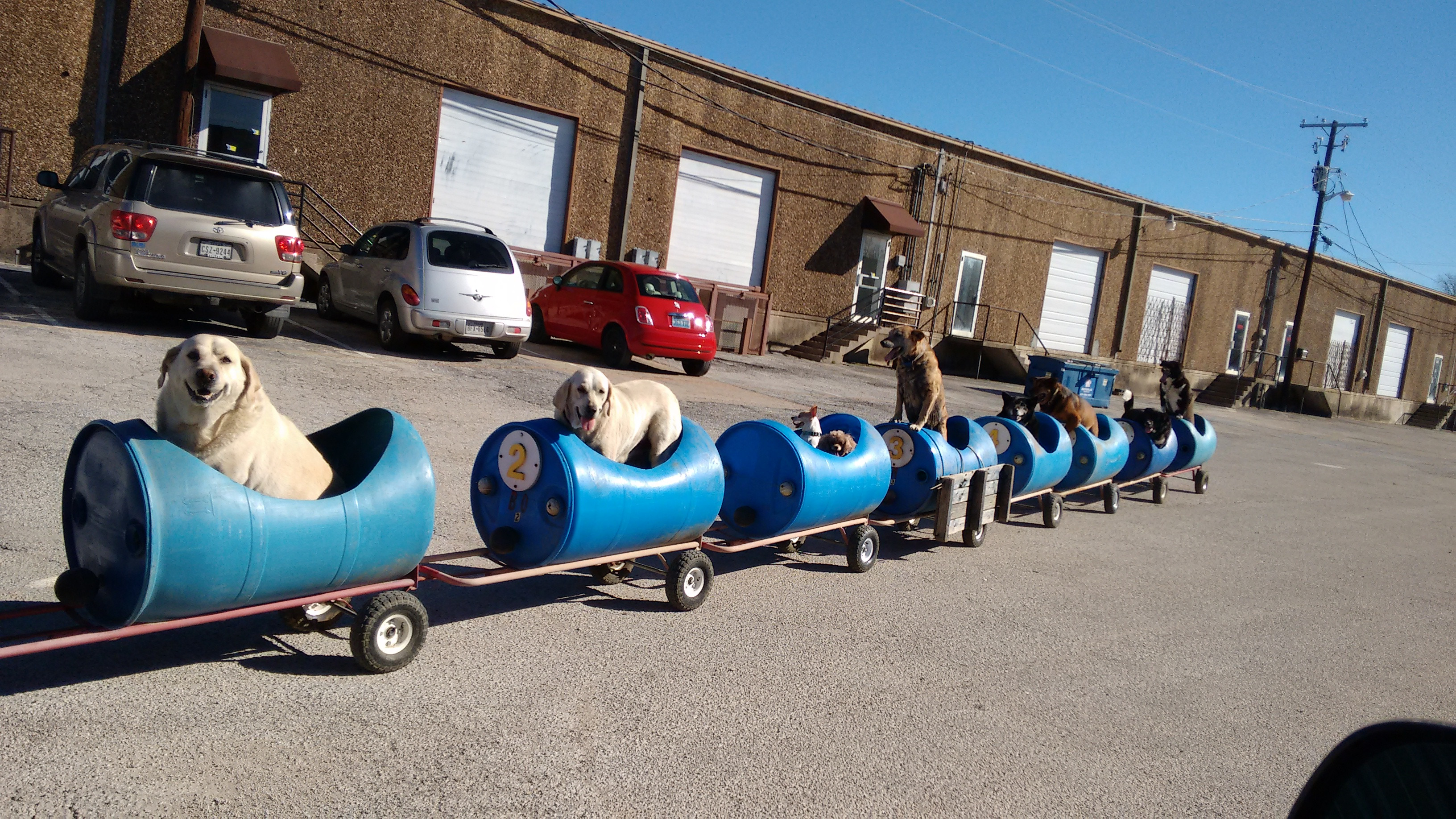 Bostick’s contraption is powered by his tractor. He says he got the idea for the dog train after seeing another man tow carts with his tractor.

“One day I was out and I seen this guy with a tractor who attached these carts to pull rocks. I thought, ‘Dang, that would do for a dog train,'” Bostick said. “I’m a pretty good welder, so I took these plastic barrels with holes cut in them, and put wheels under them and tied them together.”

The dog train has drawn the attention of many locals, who often ask to take pictures.

But Bostick says it’s all about the pups. “I’m getting up in age. I’m 80 now, so I suppose it can’t last too much longer, but I’ll keep it going as long as I can,” said Bostick. “The dogs have a great time. They just really enjoy it.”