Are You Ready For Some Football (And Memes, Apparently)

It’s football season in America and week one of the NFL season is in the books. Of course, there were great plays, clutch wins and gruesome injuries. What else would you expect? But, with a league that is most recently known for “deflategate” and other controversies, there is something even more than impressive stats. Week one has brought us a pretty incredible collection of memes, thanks to creative Internet trolls and NFL diehards alike. We bring you the best NFL memes of the week:

The Dallas Cowboy’s last minute victory over the New York Giants is probably one of the most talked about events of the NFL’s first week of games. While many are blaming the last minute win on the Giant’s horrible call to carry the bowl on the third down, Cowboy’s fans are praising their quarterback. Romo has been made fun of in the past for being a “choke artist”, but Sunday night he proved why he leads the NFL in 4th quarter comebacks.

With 1:17 left on the clock, the epic play happened. Romo dropped the snap, but somehow was able to pick it back up and send it right into the endzone for a touchdown. The score was the inspiration of many game-related memes. 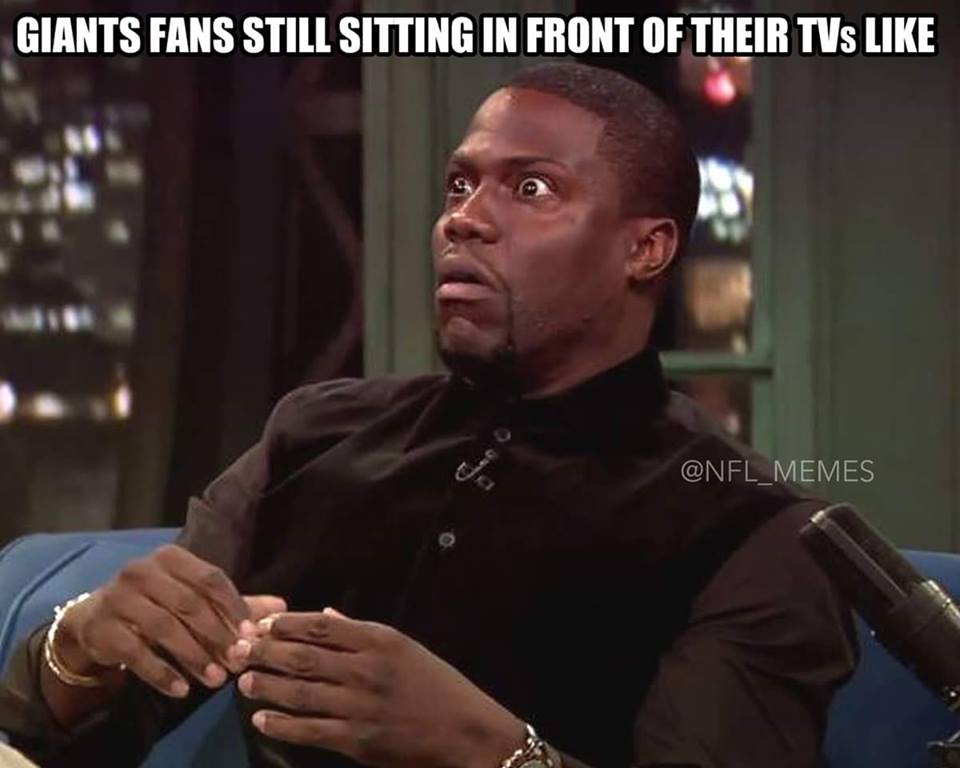 Dallas Cowboys fans praised Romo as the king of clutch. 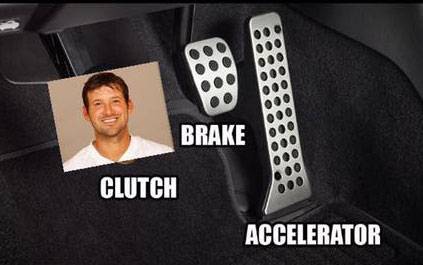 There were even some mentions of Romo’s Directv commercial. You know the one with arts and crafts Tony Romo… 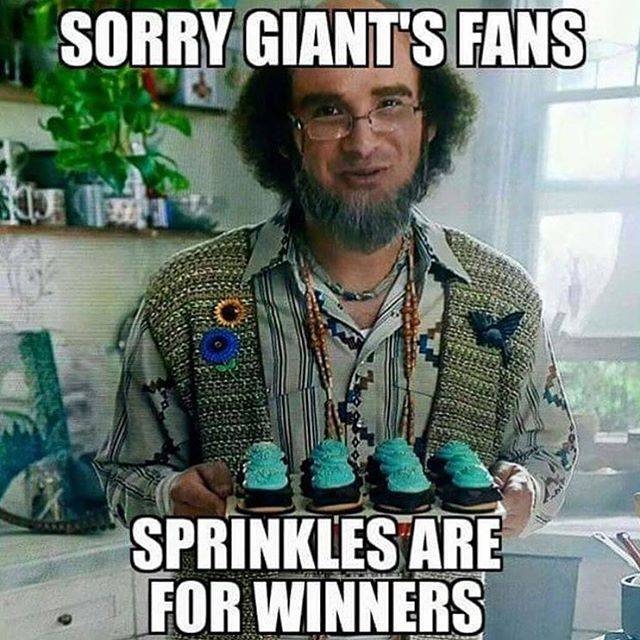 This one even seems like a pun off of the Geico commercial.

Of course, Eli Manning didn’t get off the hook that easily. 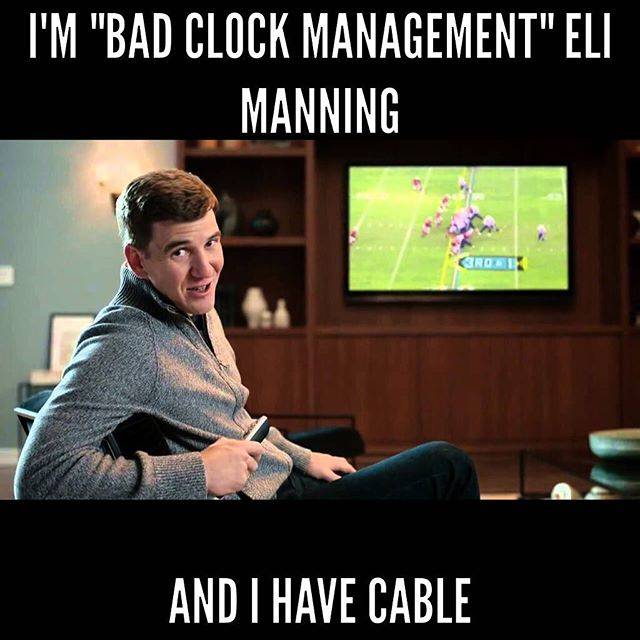 The Dallas Cowboys were a hot topic when it came to NFL memes. While the victory was sweet, the boys lost a very valuable player due to an injury. Wide receiver, Dez Bryant left the game with a broken foot. ESPN reports he will be out for at least 4-8 weeks and will undergo surgery. Well, there goes my fantasy football team. 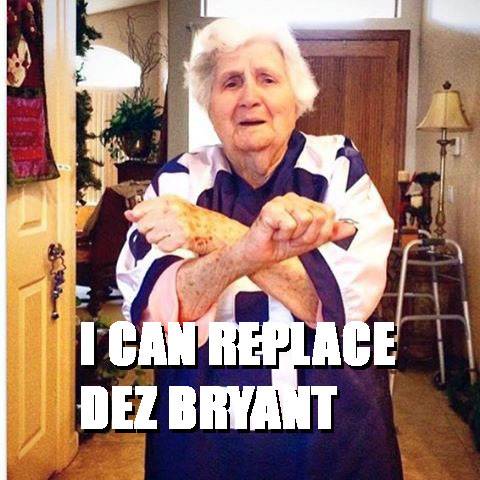 Seriously, this New York Giants player played a great game, but his hair stole the spotlight. His bleached fro was made even more prominent by a serious case of helmet hair.

Even Google didn’t know how to handle it. 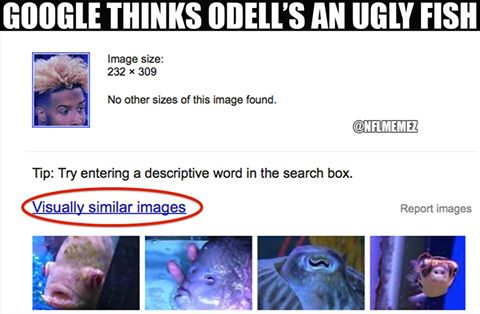 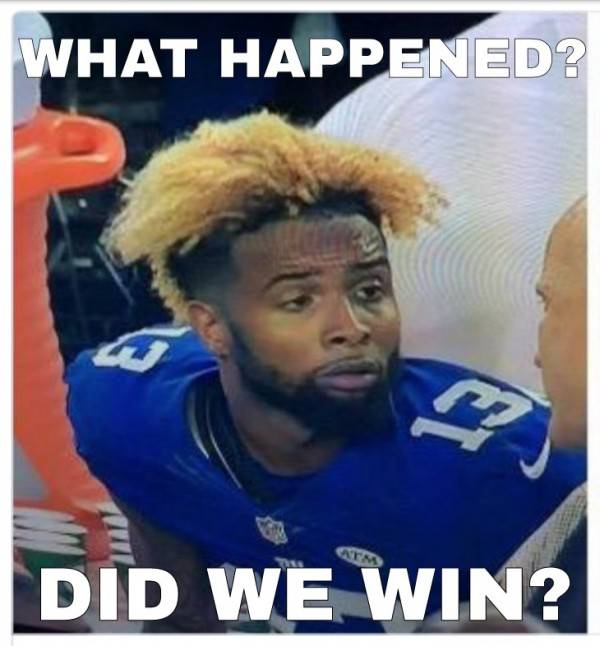 Then, there was Johnny Manziel. The Browns’ quarterback, Josh McCown was injured and suffered a concussion after fumbling while diving for the end zone. “Money sign” Manziel was called up to serve as the backup. Even Manziel himself called his rookie year a disaster, so this year Browns’ fans didn’t have too much hope in the kid.

Fortunately, he reminded us why he once was the recipient of the Heisman trophy with a 54-yard touchdown and the Internet took notice. But, the joy was short lived.

We can’t forget the matchup of two other Heisman finalists: Marcus Mariota and Jameis Winston. Winston was the starting quarterback for the Tampa Bay Buccaneers and Mariota started with the Tennessee Titans. One did great and one did, well, the complete opposite. 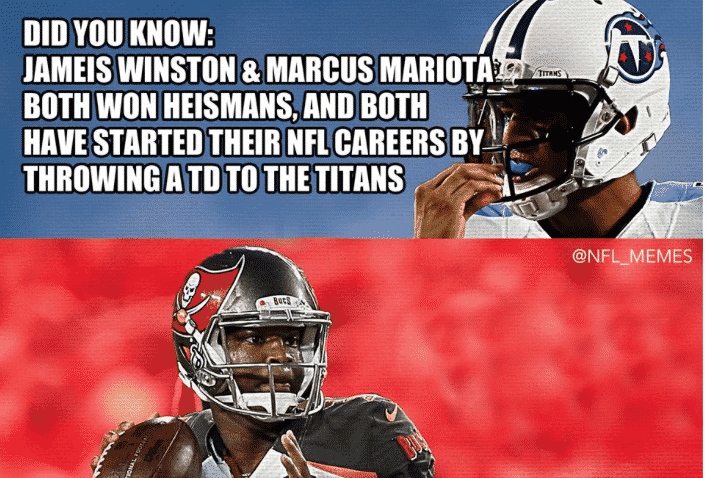 Yea, that’s right. Winston, who was a star player for Florida State, completely bombed on his first game. He threw a interception, which the Bucs carried back for a 52-yard touchdown. #Ouch.

Even coaches weren’t safe from the Internet. San Francisco 49er’s coach, Jim Tomsula was the center of one meme.

We can’t deny, the resemblance is uncanny.

Heck, the Internet is so cruel, it even called out ESPN for their slip-ups. This one meme points out that ESPN incorrectly referred to Kyle Shanahan of the Atlanta Falcons as the defensive coordinator, when he is clearly the offensive coordinator. Duh. 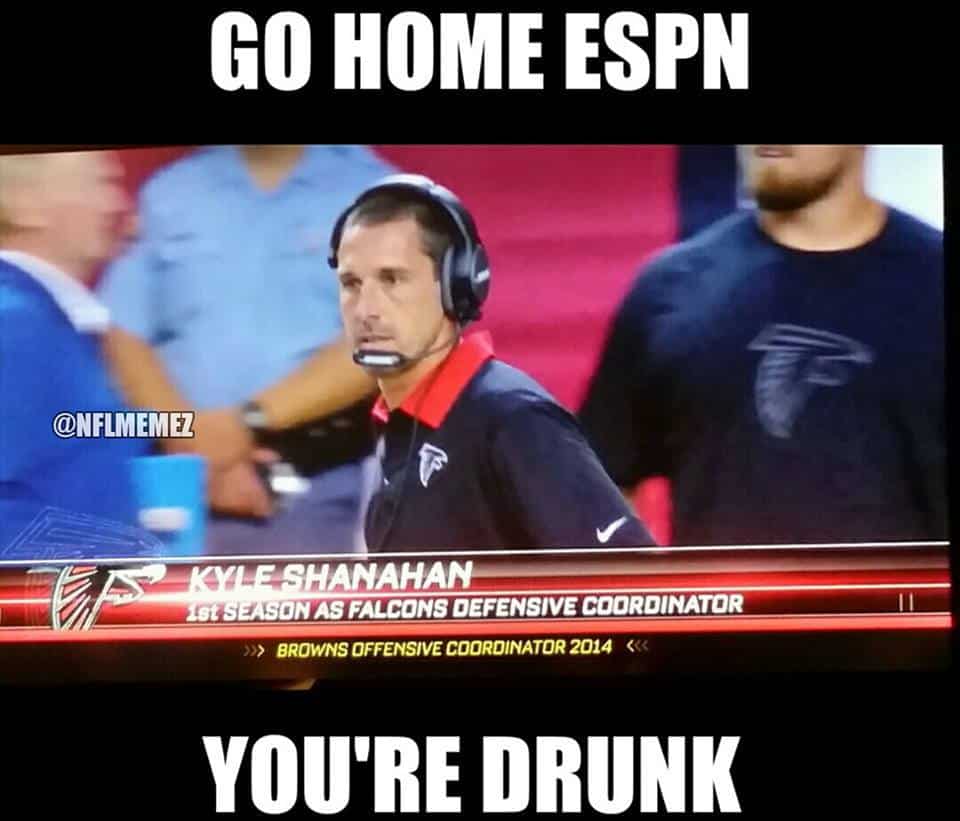 Is no one (or nothing safe) from being made into a meme?

With such an outpouring of creativity this week, we can’t wait to see what Week 2 will bring.