by Meagan Freeman 7 years ago10 months ago

The man bun fad has been around for while. We’ve all come to terms with that. But, now another hipster trend is taking the man bun to the next level. Tiny fedoras meant to adorn the top of a man bun seems to be a trend that is attempting to become the next ‘it’ thing. Now, these mini hair hats (can we call them that?) haven’t made a big splash in the fashion world, but they have been spotted in Seattle by a Capitol Hill Seattle Blog.

The photo from the blog was noticed by Styleite, a fashion blog. Styleite then reached out to the Capitol Hill Seattle Blog to ask them about the photo. A spokesperson replied, “I myself haven’t seen this in person but our community posts submitted by site readers are often out in front on trends.” 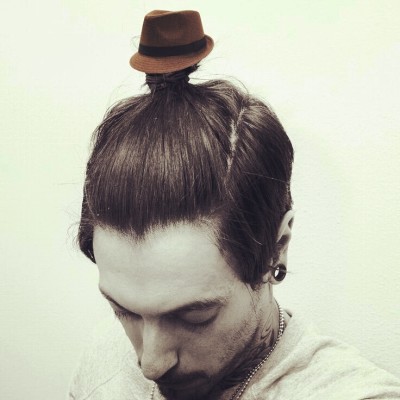 The blog explained the fashion as a successful fashion combo. Umm… sure?

“The emerging Capitol Hill fashion combo of the man bun hairstyle topped with a micro-fedora successfully unites the best of contemporary styles in hair and hats for young men. This autumn, expect to see the new look showing up in trendier spots all over the Hill.”

The comments on the post are pretty hilarious. It is safe to say that this isn’t going to catch on very quickly.

So, this makes us wonder. Is this really a up-and-coming fad or just some dud that decided to get creative with his man bun?

It’s not like it would be the weirdest thing we have ever seen on a man’s head.

Socality Barbie Wants To #LiveAuthentic; Is More Hipster Than You