t was a big night for Apple fans, but kind of a mixed bag for everybody else. Forgetting the past, when the late Apple CEO Steve Jobs promised the company would never introduce a stylus, current CEO Tim Cook announced a new product called the Apple Pencil, a stylus-like device that will debut at the low, low price of $99.00. Cook also announced a gigantic addition to the iPad line-up called the iPad Pro, which combines the company’s traditional tablet technology with the kind of computing power you’d find in the Microsoft Surface line of products.

The internet immediately took notice. Thus far, the feedback has been mostly comical, with Twitter and Instagram users poking fun at the iPad’s significant size increase (featuring a whopping 12.9 inch screen). Others took aim at the product Steve Jobs hoped would never come to be: the Apple Pencil. While it may be welcome news for designers and artists, many were amused by the idea of a relatively inauspicious-looking pencil being touted as a breakthrough technology.

Take a look at some of the hilarity: 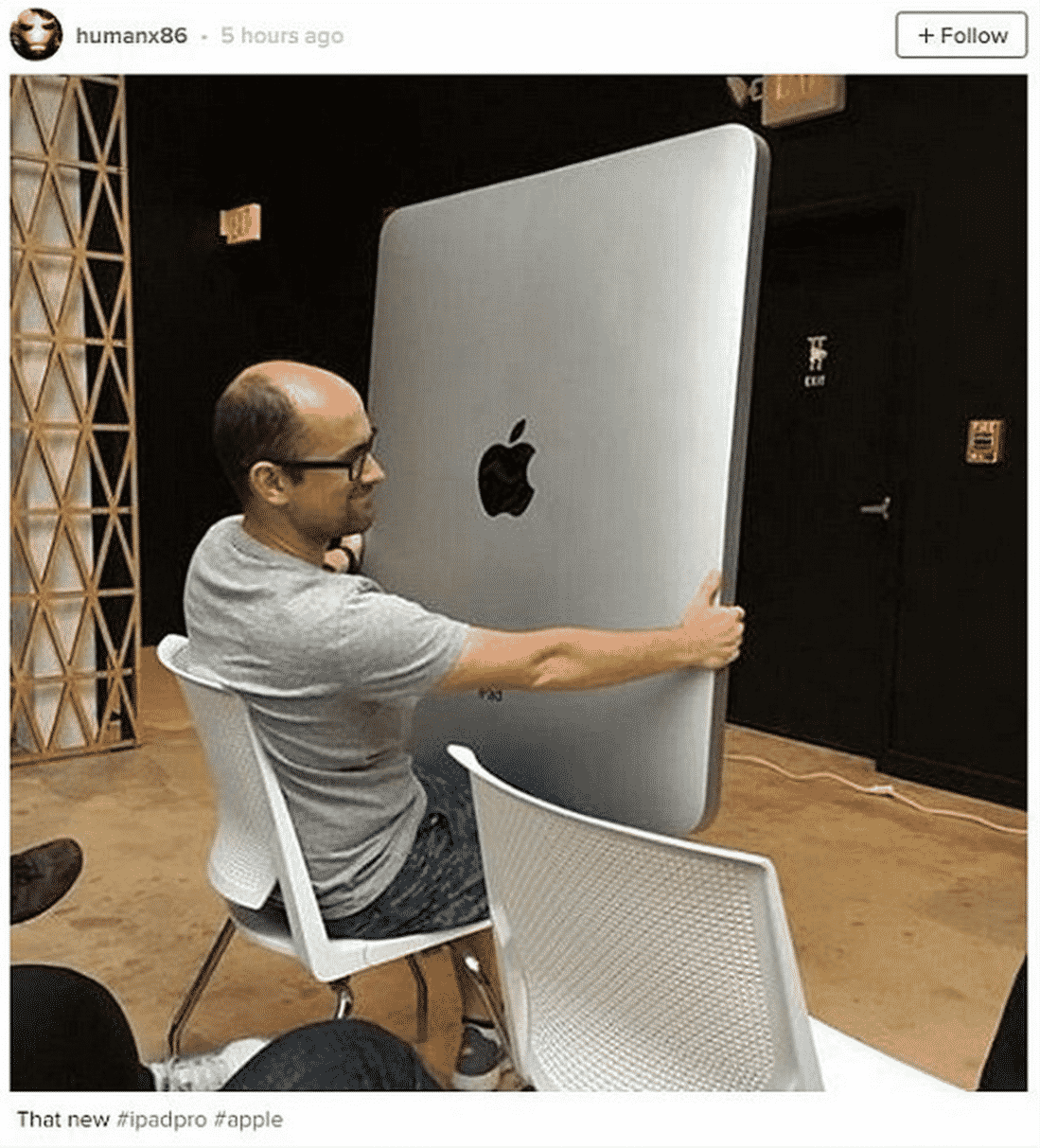 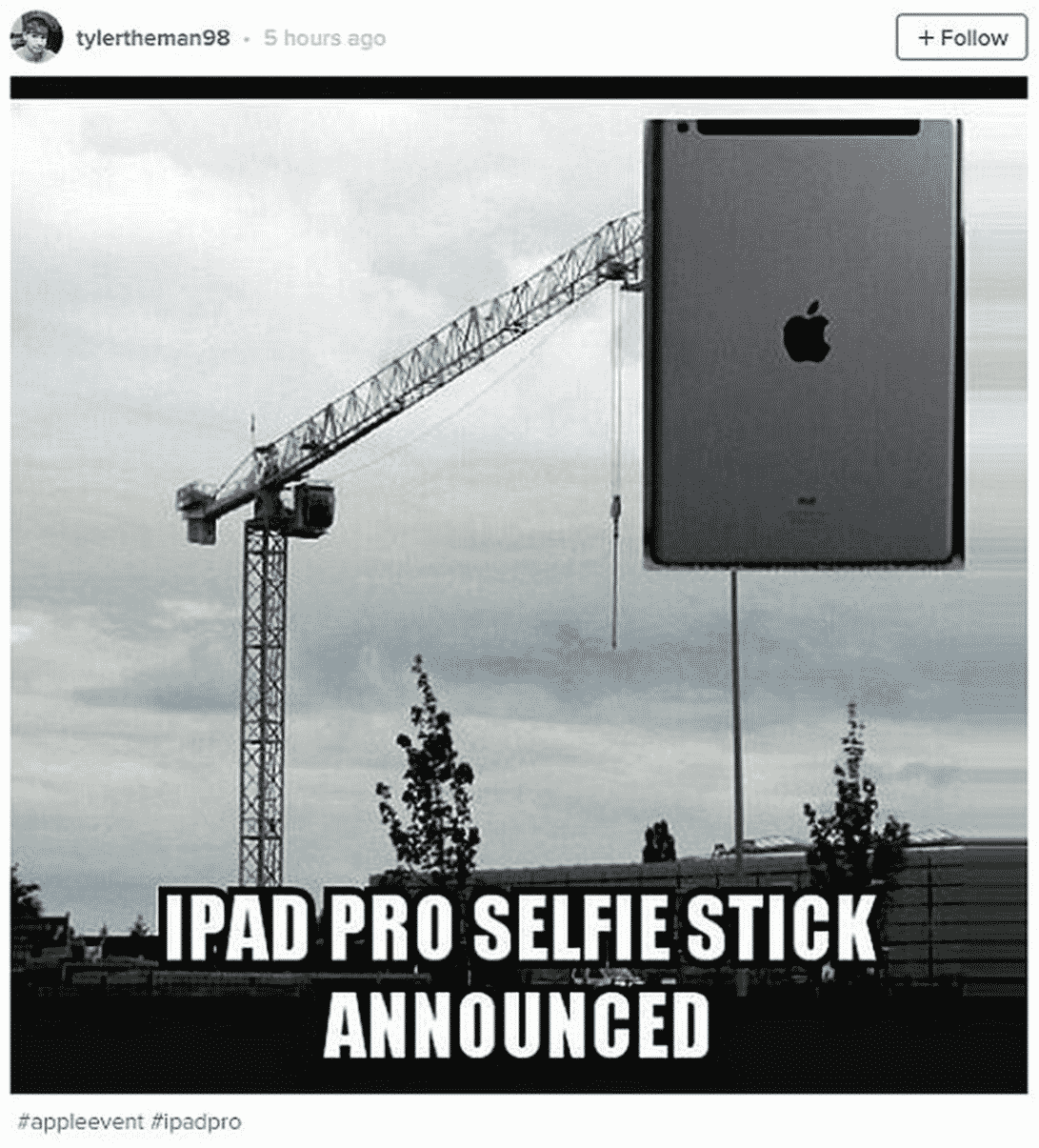 And here are our favorite Apple Pencil jabs: 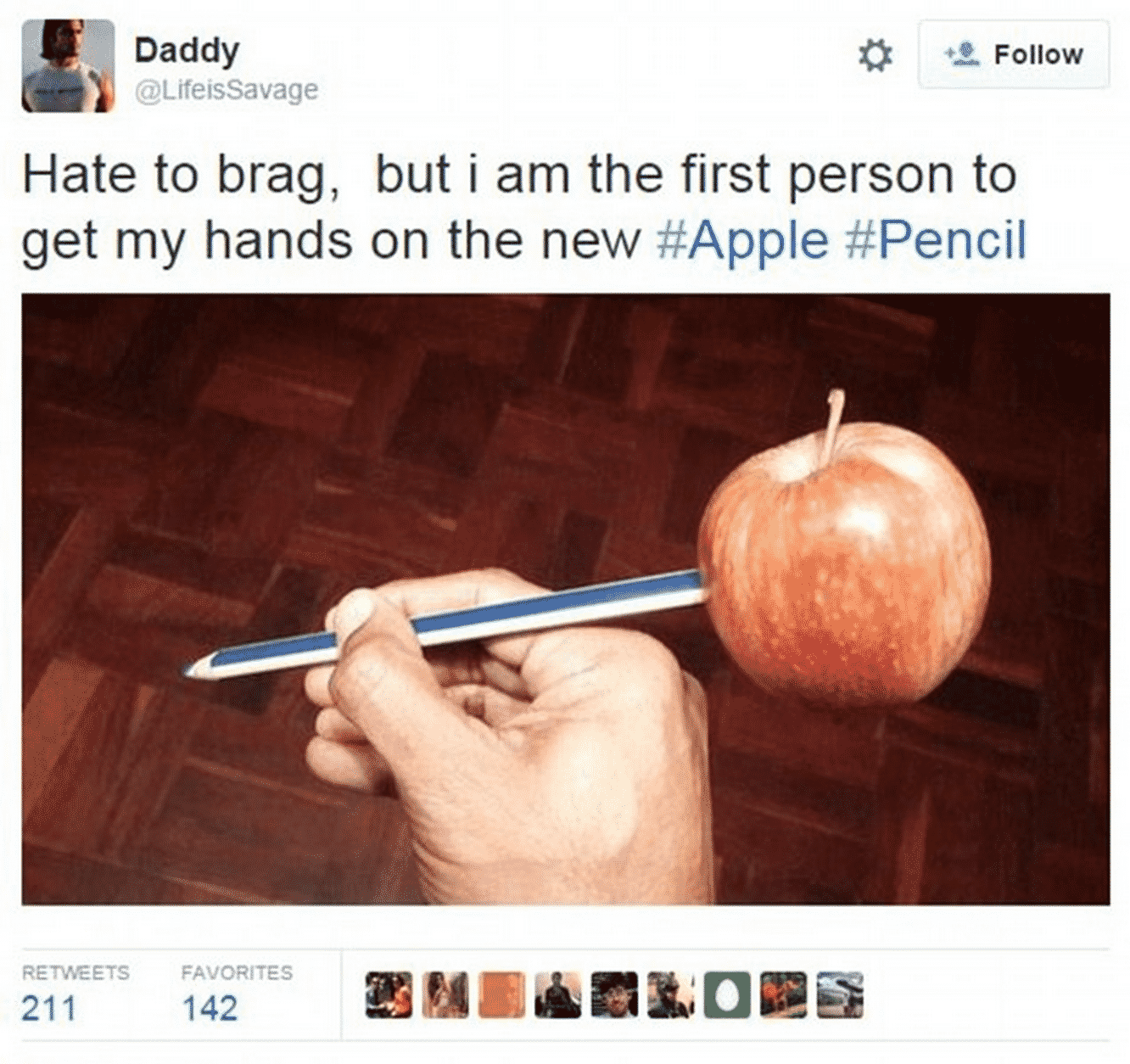 Even Denny’s gets in on the joke. 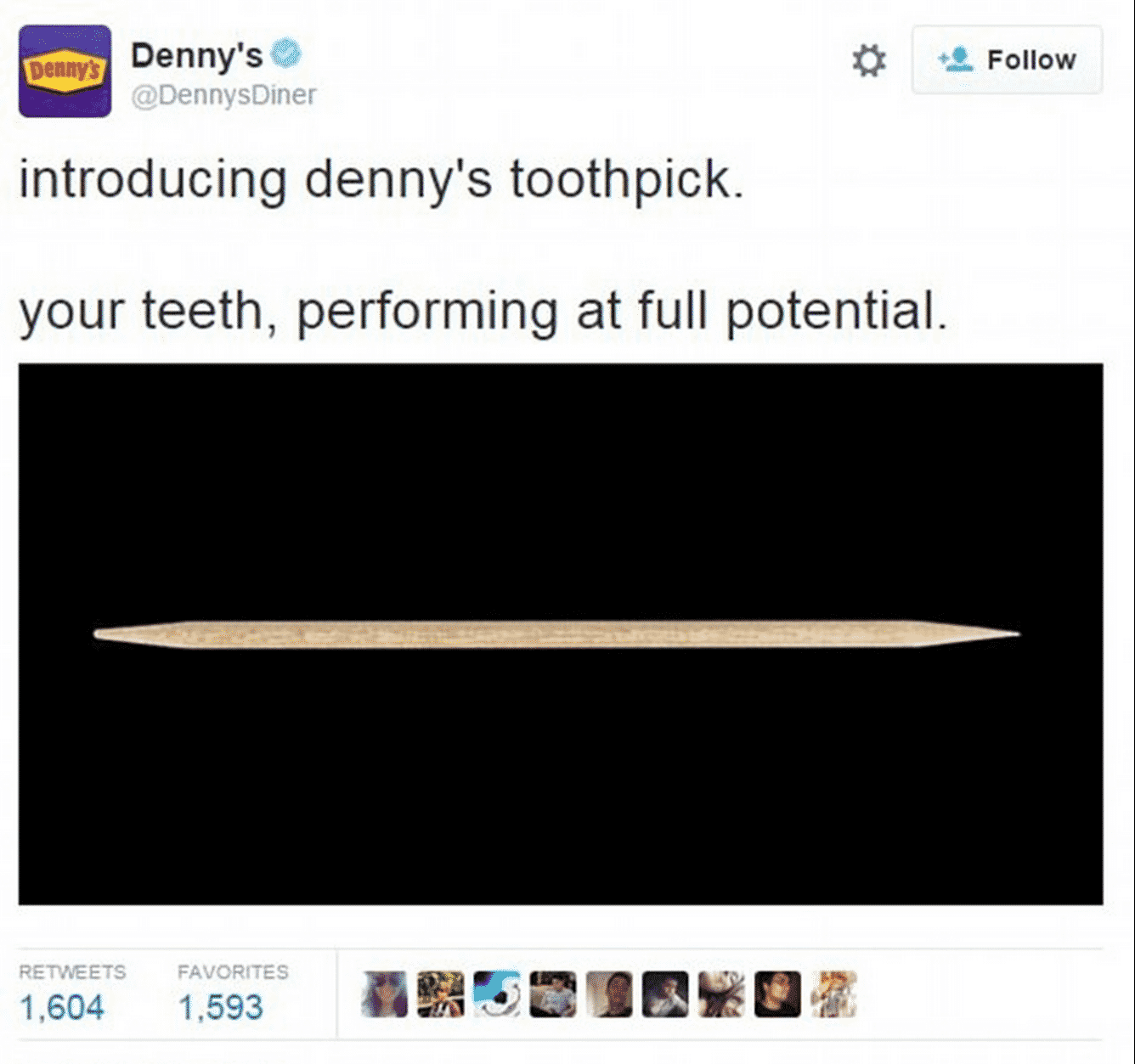 The products unveiled yesterday demonstrate a new direction for the company, says NY Times author Katie Benner. “Together, the tablet, stylus and keyboard make for a combination computing device that Apple executives had long said that they wouldn’t create,” she writes, “perhaps indicating the people running the company today are willing to forget about the past as they try to cater to shifting consumer tastes.”