We all know cats are one of the noblest, gracegul, cunning, and gorgeous creatures Nature ever deigned to dream up. Cats are just about one of the best things to ever happen to planet Earth, and we  guess it;s pretty safe to say, to this Universe, ever. We bet if alients ever came to check our species out, they’d instantly hail our feline friends as the master race, and hey, who are we to argue? In that light, it comes as no surprise that a cat should be appointed to an actual state of office. 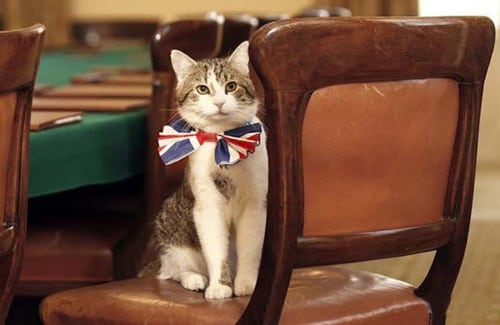 Meet Larry, the official Chief Mouser to the Cabinet Office. Yes, this is an actual state position. 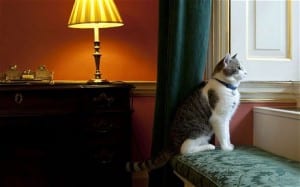 The roots of this pleasantly welcome title does have its roots deep in history. There has always been resident Treasury or Downing Street cat employed as mouser or a pet during the reign if the infamous Henry VIII. as a matter of fact, Cardinal Wolsey had a cat by his side while acting in his judicial capacity as Lord Chancellor in 1515. 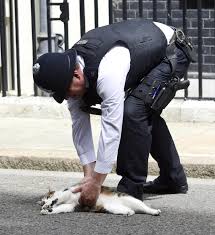 Larry was adopted and recruited from Battersea Home for Dogs and Cats, and came highly recommended for his skills as a mouser. Ever since he joined the household of 10 downing Street, he has captured the hearts of the media and the public and “made a significant impact”.

The life of a Chief Mouser is no joke; it’s not easy being this cute cuddly and carrying the chief responsibility of greeting guests, inspecting the house’s security defenses, and testing the furniture for optimum napping quality. When not being cute and enjoying the treats and gifts his adoring public sends him daily, Larry contemplates a solution to the mouse occupancy of the house, which is reportedly still “in tactical planning stage”.

A Streetcat Named Bob: How One Feral Cat Saved a Man’s Life [Video]