Woman Wakes up from Coma with Shocking Revelation

It seemed like an open and shut case of attempted suicide. But after waking up from a long coma, Laura Stuardo says she had no intention of taking her own life.

n July 19th, 2015, 53 year-old Laura Stuardo was looking out over the waters on the balcony of a cruise ship. Then, her partner claimed, she tried to commit suicide by jumping into the frigid seas below. 55 year-old Giovanni Pia told police he unsuccessfully pleaded with her before she made the leap. Stuardo miraculously survived the plummet, but was in a coma after sustaining severe head, stomach, spleen, and lung damage. Italian and Norwegian police investigated the incident, and at first it appeared to be an open and shut case of attempted suicide. That is, until Laura Stuardo woke up.

“I don’t remember if he pushed me, but I certainly didn’t want to commit suicide,” Laura Stuardo told the Turin daily newspaper. “It was an extremely long drop. I screamed, then there was the impact with the water. I don’t remember anything else.” 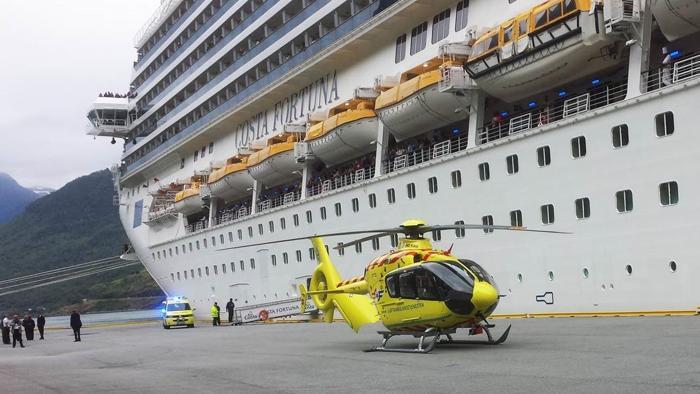 Police have now opened an attempted murder investigation. Pia has not been officially named as a suspect at this time. Stuardo, however, provides some troubling insight into the couple’s relationship. Newly divorced, she and her daughter had recently moved in with Pia. Soon afterward, she told reporters, he started acting abusively toward them.

“One night he came home drunk after being involved in an accident,” she said. “’I’m kicking you out now’, he started to shout, ‘You and your daughter! You two are tramps.’ He then grabbed me by the hair and dragged me out of the house.”

If there’s a happier side to this story, it’s the devotion of Stuardo’s ex-husband, who has visited her in the hospital regularly since the incident. “I have given orders to police and doctors to stop any contact with Mr. Pia,” her ex-husband was quoted as saying. “In Oslo, I never lost sight for a minute, especially at night, of the mother of my daughter.”

What Does English Sound Like To Italians? This Pop Song