Are you prone to bouts of greed, excessive bragging, and lack of empathy? Do you find yourself avoiding poor people and unable to listen to listen to reason? Have birds begun nesting in your hair?

Watch out; you just might have tragic  Donald Trump illness. 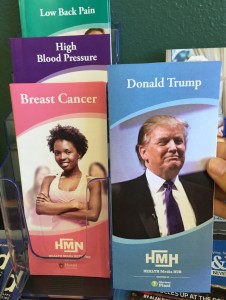 A fake-yet-incredibly-convincing health brochure is finding its way to local health centers, courtesy of one of the Photoshop masterminds behind PleatedJeans.Com. Jeff Wysaski, Photoshop Wizard and the humorist behind the Tumblr site Obvious Plant, created these brochures and planted them at his local doctor’s office, together with other innocent-looking and informative pamphlets on back pain and blood pressure.

According to the pamphlets Donald Trump is a “rare genetic condition that affects one in seven billion people. While not fatal, the disorder does result in significant mental and emotional concerns that may hinder normal life quality”. Symptoms not only include “tented” fingers, a glib expression, and a bids nest of hair that birds actually come to roost in, but also “delusions of presidency” and “the compulsive use of the word ‘losers’ “. Ouch.

The Trump Brain MRI also shows signs of an “inflated ego” nestled in what we think is the temporal lobe, the region of the brain in charge of judgement. (#judgingyou, amirite?) 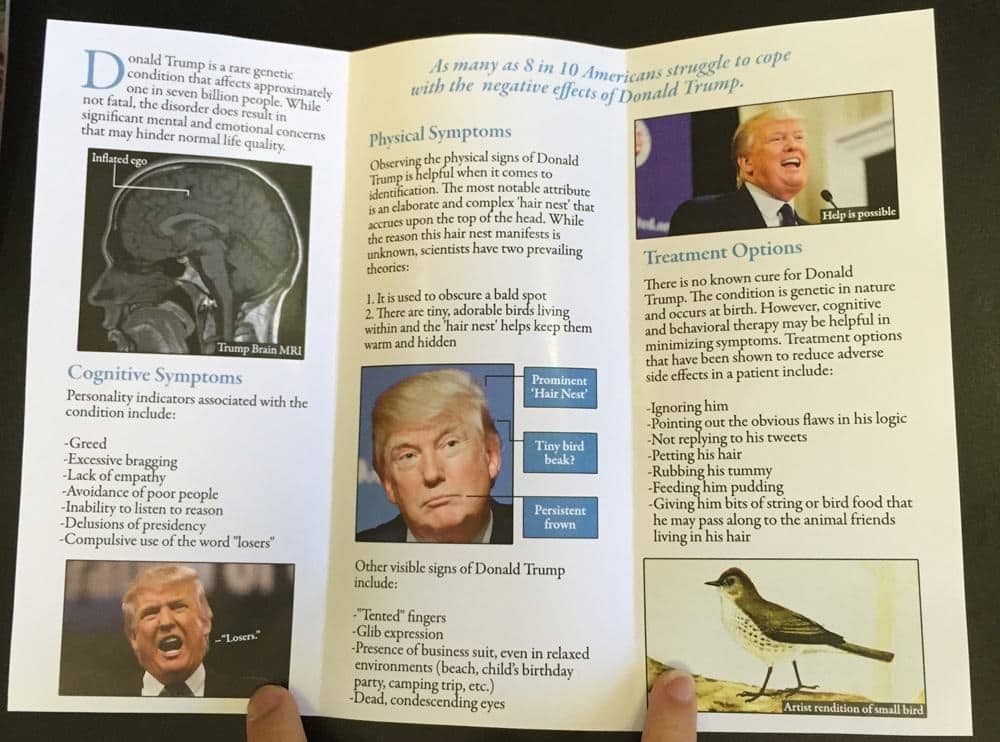 Alas, there is no known treatment to this horrible condition — however, as the adage goes, an ounce of prevention is worth a pound of cure. Thankfully, the Donald Trump can be easily avoidable by ignoring him, not replying to his tweets, rubbing his tummy, and feeding him pudding. (Not sure why the last two are in the list, but there you have it. Maybe niceness keeps it away?)

But wait, that’s not even all of it. Let’s flip this over: 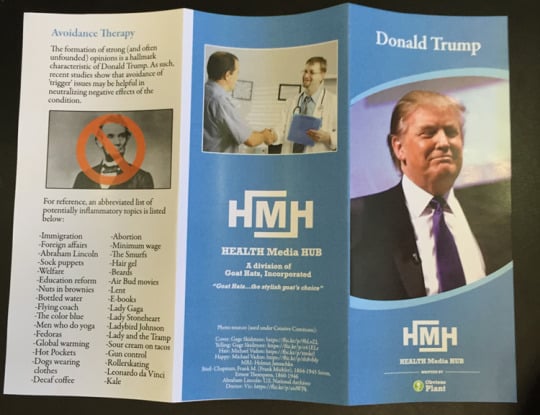 It’s such a comfort to know that this information would not have been possible without the guidance of a committee of sartorial goats.