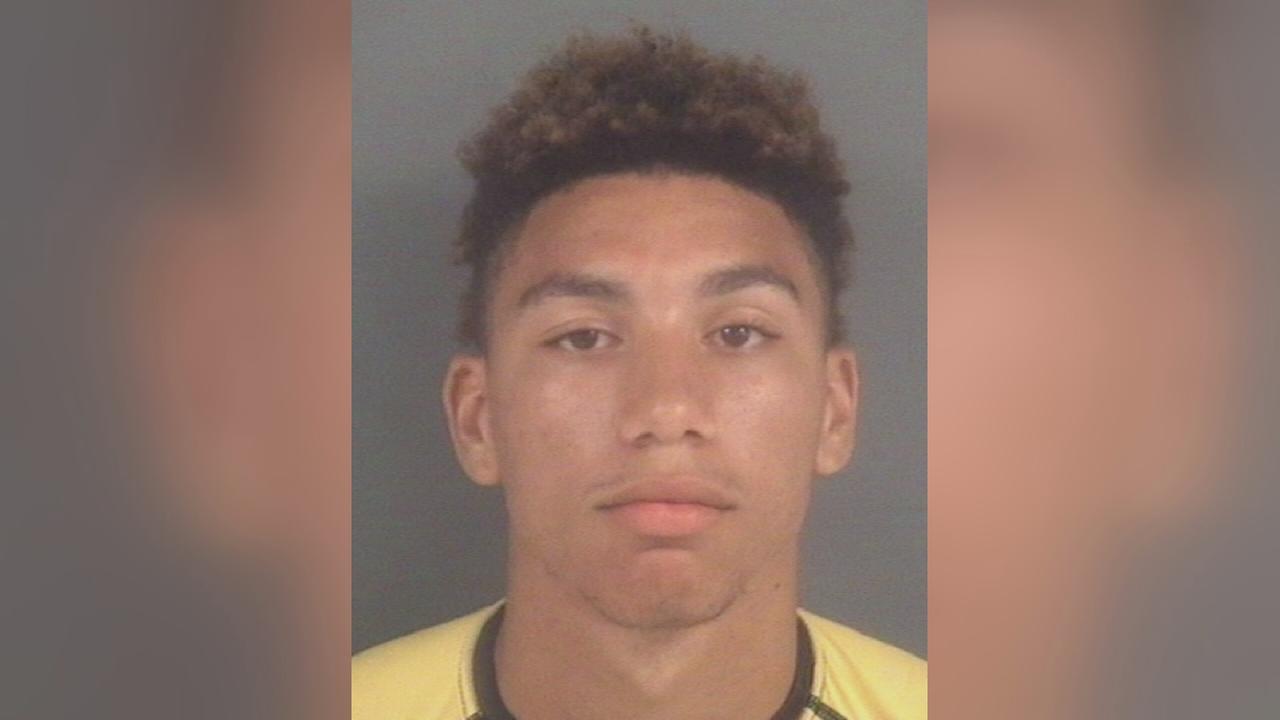 17 year-old Cormega Copening is being charged as an adult for possessing sexual images of a minor: himself.

ormega Copening is the victim of a legal paradox. The 17-year old high school football player from North Carolina is apparently old enough to be charged as an adult for exploiting himself as a teen. The trouble began when police searched the phone of Copening’s girlfriend and found nude pictures of him, sent via SMS by his mobile phone number. It is still unclear why police searched her phone in the first place.

His girlfriend has been identified as Brianna Denson, 16. Though consent laws mean the two are legally allowed to have sex, local police decided to charge Copening as an adult for sending and receiving nude images from a minor. Denson was also charged with sexual exploitation, and pleaded guilty to a lesser charge, resulting in a 12 month probation. The case took an even stranger twist when the state’s charges against Copening were laid out: most of the state’s case against him centered on the photos Copening took of himself. In other words, he’s being charged as an adult for exploiting himself as a minor. In even plainer language, Copening is being prosecuted for taking naked selfies.

The story has received little media attention outside of local coverage, even thought he case could very well end with Copening going to prison and being listed as a sex offender for the rest of his life.

The Blood Test, The Swab Test, and The Saliva Test      Essentially, there are three general types of COVID-19 testing produced so far. One is the rapid test, the second is the saliva test and the other is the swab test. The rapid test (also known as the anti-body test) uses blood samples. The swab test… END_OF_DOCUMENT_TOKEN_TO_BE_REPLACED

The COVID-19 pandemic is one of the biggest modern pandemics known in history. Currently, there are more than five million confirmed cases in the world, with a total of 333,000 deaths. A total of 1.6 million of these confirmed cases are in the US alone. The world is currently in a race of finding a… END_OF_DOCUMENT_TOKEN_TO_BE_REPLACED

Despite concrete data and research, people’s opinions will always be diverse when it comes to a variety of topics including religion, politics, gender, and more. Denial is a common reaction to many important discussions and serious world events. The COVID-19 pandemic does not differ from any issues and is subject to opinions from critiques all… END_OF_DOCUMENT_TOKEN_TO_BE_REPLACED

Back in January, when the Wuhan, China coronavirus broke out, it didn’t make it to the front page of newspapers, in print or virtual form. Today, January feels like a lifetime away. Like it or not, people around the world have adapted to the new normal – staying at home, frequent hand washing, and social… END_OF_DOCUMENT_TOKEN_TO_BE_REPLACED

Since the beginning of the year 2020, the whole world has been stupefied by the rapid spread of a deadly coronavirus known as COVID-19. World superpowers in the West were unable to prevent the virus from reaching their borders. Because of this fact, the novel coronavirus COVID-19 became a world-wide pandemic no less than three… END_OF_DOCUMENT_TOKEN_TO_BE_REPLACED

For months since the start of 2020, the attention of the world has focused on immediate response efforts to contain and combat the novel coronavirus, also known as COVID-19. The deadly virus has pushed millions of people into isolation.  This kept people in their homes for weeks and months away from their work, their friends,… END_OF_DOCUMENT_TOKEN_TO_BE_REPLACED