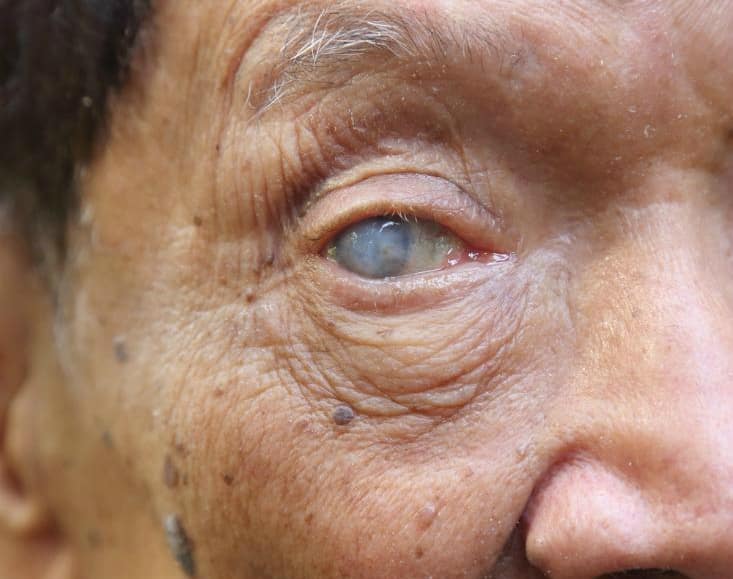 Using simple, black and white logic, it may seem odd that blind people are just as capable of making racial assumptions as sighted ones. But there’s more to racism than meets the eye.

ome people claim they don’t “see color”, meaning they don’t use race to distinguish individuals. Some people can’t see at all, and it turns out they’re probably just as capable of distinguishing individuals by race as sighted people are. This is according to a new study by Asia M. Friedman, assistant director of sociology and criminal justice at University of Delaware. The study was small and hasn’t been peer reviewed, but it serves to demonstrate a few fundamentally flawed ideas about racism, namely that it’s all about physical appearance.

The study found that blind people can still make racial assumptions about people, even if “in all cases it takes them longer to categorize people by race and there is more ambiguity.” Faced with an absence of visual cues, participants in the study indicated they may still categorize a person based on their voice and name, even making predictions about their occupation or personality based on this information.

“I think blind people are inculturated into ideas about class and race [just like anybody else]” Friedman said, adding that ideas about race still reach them through family, friends, and the media. These ideas, she contends, can equip blind people with the same subconscious racial biases that affect most people.

Will Smith disclosed in a podcast interview recently that he would “consider” running for president “at some point.” In an interview released Monday, the 52-year-old rapper told Crooked Media’s “Pod Save America”: “I think for now I’ll let that office get cleaned up a little bit. And then I’ll consider that at some point down… END_OF_DOCUMENT_TOKEN_TO_BE_REPLACED

Vaccination programs are currently on roll-out and countries that vaccinated for COVID-19 are talking. Questions are everywhere, and it is building up people’s anxieties about vaccination. How has the vaccine affected their population? Are the vaccines any good? Should we research more on newer vaccines? Can the vaccines kill the mutated virus? The answers change… END_OF_DOCUMENT_TOKEN_TO_BE_REPLACED

Texas Senator, Ted Cruz, received heavy criticism after taking a vacation to Cancun with his family in the middle of a crisis. The latest power crisis in Texas left hundreds of homes without electricity and water for more than 48 hours in negative degree weather. This has left the lives of many Texas residents in… END_OF_DOCUMENT_TOKEN_TO_BE_REPLACED