New York’s Times Square came to a screeching halt as hundred of women marched down its streets bare-chested in protest in their own Go Topless Pride Parade.

going bare-breasted has been legal in the city that never sleeps ever since 1992, but for these advocates, the fight for #FreeTheNipple is far from over. 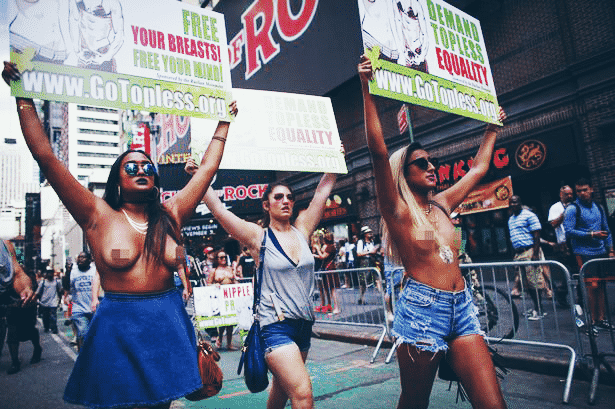 The topless parade was met with mixed reactions. While a number of onlookers may have approved of the display of proud chests for various reasons, Mayor Bill de Blasio and police Commissioner Bill Bratton consider these painted, placard-wielding protesters a “nuisance”.

the two officials considered doing away with the pedestrian plaza of the “Crossroads of the World” in an effort to control topless women trolling for tips, as well as buskers costumed as cartoon characters who would harrass non-tipping pedestrians.

However, New York is not the only city to see such a display, as 60 other cities worldwide also celebrated Go Topless Day.New York Go Topless Day spokeswoman Rachel Jessee explained that the goal for this peaceful protest is for gender equality in baring one’s breast.

Other tourists of the European persuasion seemed bemused with the whole event.

“I don’t know why they’re making such a big deal out of it,” said Paul Martin, 37, hailing from Amsterdam. “There are more important things to worry about than nipples.”

His friend, Leonie van der Maden, chimed in with his two cents: “It’s ridiculous, really! I’m perfectly OK with it. But why do you need to march, if it’s already legal?” 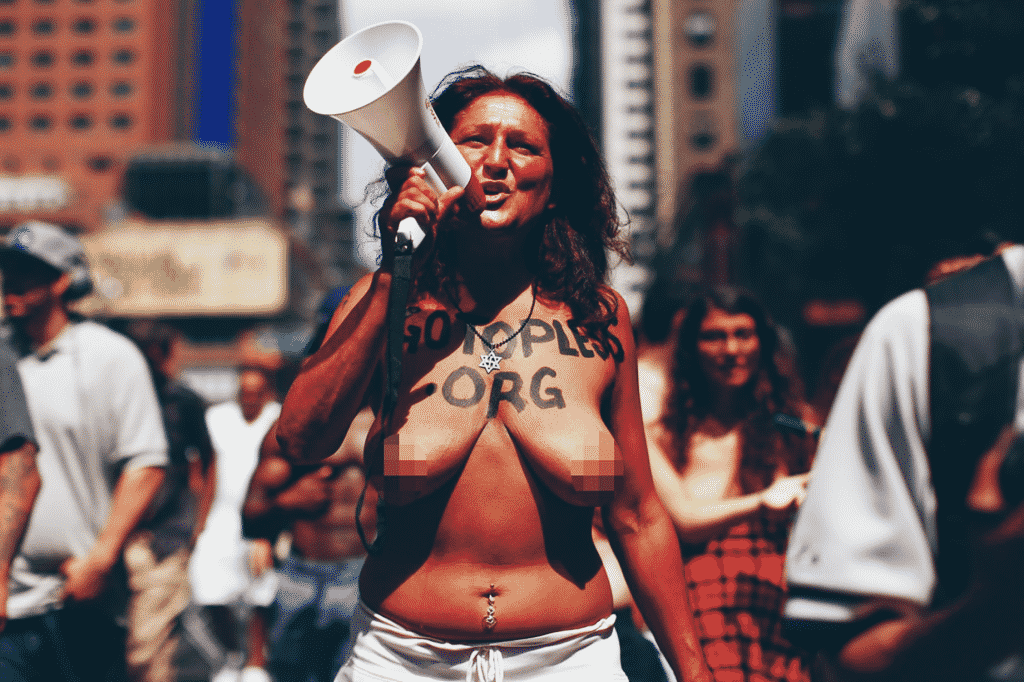 Many marchers had different motives for participating. “We are doing it because it’s liberating, it’s free, it’s something different. Why not?” said Claudia Simoni, 46, a bartender. Spencer Jones, a 27-year-old artist has been sketching other models au naturel since she was 12 and has herself posed in the nude because going topless “never really bothered me”. Theresa Crudo, 22, brought along her 15-month-old so, and said her husband was completely comfortable with her decision to march topless.