This Taiwanese branch of McDonald’s is bringing all the boys to the yard, and it’s clearly not because of their milkshakes.

Meet Wei Han Xu, a cashier at a Taipei City branch of the world-famous fastfood joint, who also goes by the nickname “WeiWei”. Her sweet, doll-like face catapulted her to Internet viral stardom when Taiwanese blogger RainDog featured a host of pictures of her in various uniforms. This “McDonalds Goddess” has captivated many a fast-food lover and social media denizen since, to the point where her store’s manager has began complaining of too many visitors crowding the place just to take a snapshot of her. 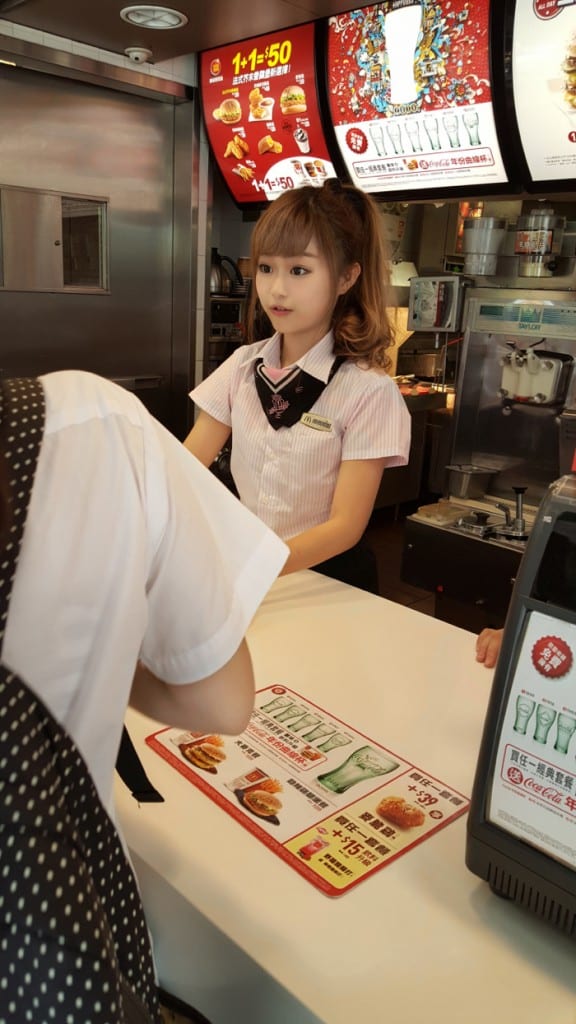 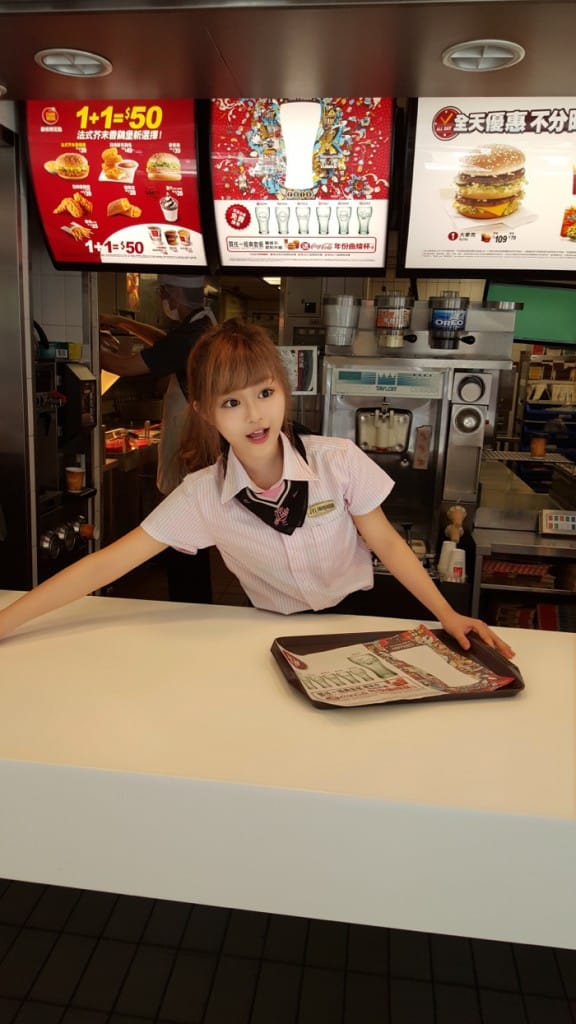 At present, WeiWei and her fellow burger slingers are used to the attention, charming patrons as they come dressed as cute maids, cheerleaders, and other cosplay favorites over the years. Besides greeting customers and running their burger bill up for them, WeiWei is also a college student and does a number of modeling jobs on the side.

Her online fame has also boosted her Facebook and instagram following up to a combined 150,000 followers, and has snagged appearances on local variety and talk shows.

It certainly seems Asia is seeing a subtle trend of spotting hotties working fast food joints. Earlier this year in April, a photo of a rather comely Filipino KFC manager pouring some gravy onto a plate went viral, and even got him featured on a weekend variety show.

Where will the next cutie or hottie hail from, and which fast food branch will be graced with their presence? No one knows for sure, but well be waiting with hungry tummies until then.