Ladybeard is the Kawaii Metal Hero We All Deserve

Metal has never looked so kawaii. 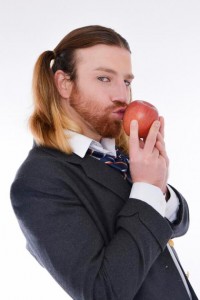 Meet Ladybeard, Japan’s newest sensation to take over Asia’s social media airwaves, and most likely coming soon to a Facebook post near you.

Hailing from Australia, Ladybeard made his debut in the pro-wrestling rings in Hong Kong in 2009. He has lived in Japan for over a year and a half, and is a professional actor and multi-faceted entertainer who is a “pro-wrestler, heavy metal vocalist, party rocker and 24 hour photo opportunity.” His penchant for rocking cute dresses, nailing the kawaii-est poses imaginable, breaking out into deep metal growls, and delighting audiences everywhere 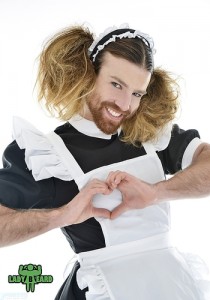 in superbly fluent Nihonggo is what makes him the darling of Japanophiles worldwide. His Facebook page has more than 53K fans and counting, and this cute, hairy ball of positive energy shows no signs of stopping.

Both a cute, cuddly, hairy teddy bear and a brutal fighting machine, Ladybeard has made waves in Japan teaming up with Sailor Suit Old Man and stunning otaku and manga fans with his bearded beauty cosplaying as Chun Li at the recent summer Comiket. He knows a good Chun Li cosplay is all about the muscular thighs, and this ladybro has got his gams on fleek.

Ladybeard has also recently made his debut as the lead member of the idol group Ladybaby, with co-idol stars Rie Kaneko and Rei Kuromiya. The trio have got all their cutesy idol moves down, and have been wowwing fans Japan-wide over their antics and songs in their promo videos all over Twitter-space. their debut single, “Nipppn Manju”, has been dubbed “kawaii-core” (“kawaii”/cute + hardcore), and celebrates all that is tasty, fun, and metal about Japan. Their music video has clocked over six million views and counting, and features one of the best uses of a selfie stick we’ve seen so far.