Travelophiles, good news! There’s this Japanese travel agency that now offers packages to tour the loveliest cities in Japan for as low as $35.00! No need to pack your luggage, or even book a hotel room! Forget your visa; you even be needing one anyway! Live in Europe, South America, or Africa? for an extra $3, you could come along for the ride, too! What a sweet deal!

All you need to do is fit into an envelope. That’s all! 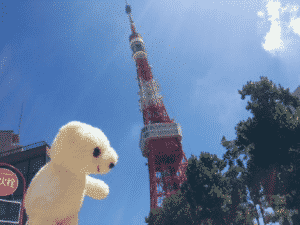 Unagi Travel is an agency based in Japan that specializes in tours around picturesque Kamakura, historic Asakusa, Meiji Jingu, and breath-taking views of and from the Tokyo Tower — and caters specially to stuffed toys and plushies. The company takes your favorite plushie, gives it the VIP treatment, and paints the town red around these iconic sites. Every moment is captured on camera, so your plushie can come home with a box full of memories and stories to tell!

The company was founded by Sonoe Azuma, who started it in 2010 after she had quit her job in the finance arena, and pursued her heart to follow more meaningful work. The concept began as a humble blog where Azuma would take pictures of her travels with her favorite eel plushie. The blog became a hit among her family and friends, and the idea took off and turned into a full-fledged company that now extended the same sense of fun and adventure to strangers who took vicarious glee through watching their toys see the world.

Azuma explains that “anyone could do it if it was simply about taking pictures of stuffed animals,” but what sets her apart is her sense of responsibility, acting as if she were “taking care of other people’s children.” 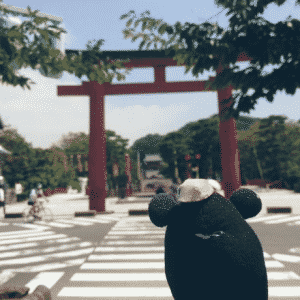 The trip not only lets you keep a commemorative photograph, but also sends you a postcard written by your plushie. Photos are also shared on their Facebook page,and are made retweetable on their Twitter account.

while some people may look down their noses at such a venture, Azuma sees the good the service she offers can do for people. She recalls about one particular client who withdrew from society after her illness made it very difficult for her to walk. the woman took a chance and sent her toy on a vacation with Azuma, and the phots and postcards she received became very therapeutic for her.

“[She] saw the photos of her stuffed animal on one of Azuma’s tours. She worked to rehabilitate her legs and visited a neighboring prefecture for the first time in several years. “Seeing my stuffed animal traveling encouraged me,” shares Azuma. “I began to think that I should do what I can do, instead of lamenting over things that I can’t.”