Ronda Rousey’s Feline Doppelganger, Her Battle With Anorexia And So...

“Rowdy” Ronda Rousey is the queen of the UFC Octagon and now it seems like the queen of the Internet. After her recent beat down of UFC opponent, Beth Correia, social media is abuzz about the blonde beast.

Always one to please her fans, Rousey has been in the public eye and not holding anything back. From dancing her booty off on Correia’s home turf after knocking her out in 34 seconds to hosting a Reddit AMA, Rousey is the definition of confidence. Every time you log onto social media, there is another headline about the UFC bombshell. Let’s take a look at some of the latest.

Yes, you read that right. Ronda Rousey has a feline doppelgänger, if that is even possible. To crazy cat lovers, I suppose anything is possible. The proud cat owner submitted a picture of her cat, Marco to In Touch Weekly about the resemblance. According to the lady, Marco has “the same face shape and intense stare as the MMA fighter.”

.@intouchweekly reader says her cat looks just like @RondaRousey. YOU BE THE JUDGE (h/t @Jezebel): pic.twitter.com/MEUTt5R99j

We are not even sure what to think about this.

“Training for the UFC helped me overcome an eating disorder.”

As any trending celebrity does, Rousey hosted her very own Reddit AMA session. During the chat, things got serious very quickly when Rousey opened up about her battle with Anorexia. One Reddit user shared their own recovery story.

“When I was struggling with anorexia, I felt so weak and powerless, and feel so strong after recovery. How does it feel to conquer something so daunting? I feel like it makes you invincible!”

Of course, Rousey had the perfect answer.

“It feels very liberating to free of the guilt that used to come with every meal. And I feel like I have so much extra space in my brain now that I’m not constantly thinking about the next meal and trying to eat as much as possible every day while still losing weight. I feel amazing. I (think) I look amazing. And I just ate some bomb-ass french toast this morning. I’m so happy to hear about all the progress you’ve made on yourself and best of luck for the future.” 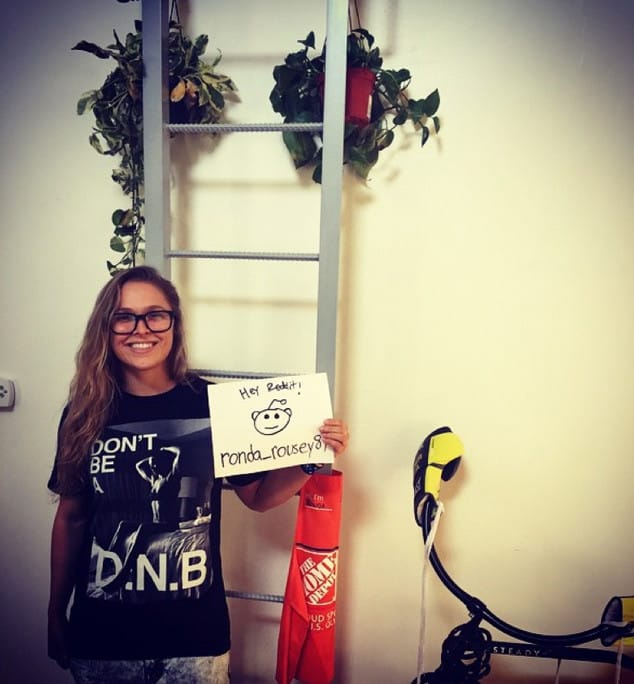 Who doesn’t enjoy a big plate of “bomb-ass” french toast? Rousey also took the time to mention a charity that helps women with their body image.

“So, I’ve decided to expand my support of the charity Didi Hirsch with their work in the field of women’s body issues, and have partnered with Represent.com to release a limited edition “don’t be a D.N.B.” shirt, with a portion of proceeds benefiting this amazing cause. (For those of you who don’t know- a “D.N.B.” is a “Do Nothing Bitch”)”

Rousey is obsessed with Pokemon

In her Reddit AMA introduction, Rousey shared an interesting fact about herself, she has quite the obsession to Pokemon.

“Ronda here. My favorite Pokémon is Mew and I used to moderate a Pokémon forum.” That kinda would have been enough in its own amazing way, but there was more!”

The would-be champion answered questions about herself, what she put for hobbies is definitely foreshadowing her future.

“I spend a lot of time with my friends, mostly practicing for our band (blonds in calculus) and trying our own jack*** stunts. I also spend a lot of time doing judo—a sport that’s kinda like wrestling. It’s really fun. Right now, I’m ranked No. 1 under 20-years-old. If you don’t believe me, look it up.”

Grown-up Rousey is no closet fan to anime, she is frequently seen sporting some pretty sweet Dragon Ball Z t-shirts, like the time she paid WWE a visit. 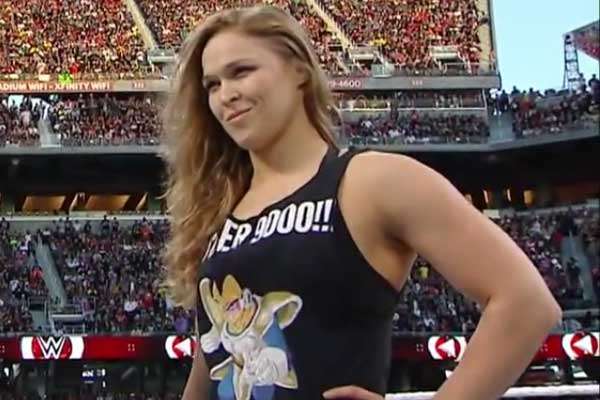 Ronda Rousey, Too Violent For Walmart?