Kiran Gandhi, a drummer for M.I.A. and Thievery Corporation, has been training for a whole year to participate in the annual London Marathon. On the day of the event itself, Auntie Flo came to visit. The Communists had arrived at the palace. She was surfing the crimson wave. It was the start of Shark Week. There was a crime scene in her pants.

For short, her period started.

Gandhi realized  there were only two ways to deal with this situation: either run the entire marathon all the while negotiating a wad of cotton stuck to her undies, and bear with the chaffing, the discomfort, and the ultimate crumbling and disintegration of said cotton wad in her undies while pushing her body to its ultimate limits — or make it a way to raise awareness for other women who had no means of dealing with their monthly flows. 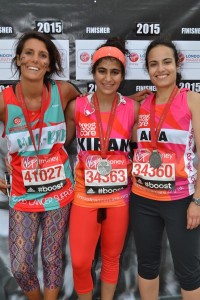 “If there’s one person society can’t eff with, it’s a marathon runner,” Gandhi writes of her experiences in an article to Medium. “You can’t tell a marathoner to clean themselves up, or to prioritize the comfort of others. On the marathon course, I could choose whether or not I wanted to participate in this norm of shaming …. I decided to just take some midol, hope I wouldn’t cramp, bleed freely and just run. A marathon in itself is a centuries old symbolic act. Why not use it as a means to draw light to my sisters who don’t have access to tampons and, despite cramping and pain, hide it away like it doesn’t exist?”

Despite a few embarrassed mumbles from her fellow runners, the cheers from her friends and fans outweighed the shaming. Seeing her father and brother cheering for her and calling out to her for a photo together lifted her spirits. “The two most important men in my life were down for team feminism,” she shares.

More than 40 Million women in the US alone live below the poverty line and do not have the means to “clean up” the way Gandhi addressed as a privilege. A yearly annual supply of tampons and pads can add up to $70 – $100 a year. this does not include pain relief from cramps, and is not covered by food stamps. In the UK at present, the pressure is on the government to do away with the “tampon tax” after Canada decided to abolish theirs once and for all. 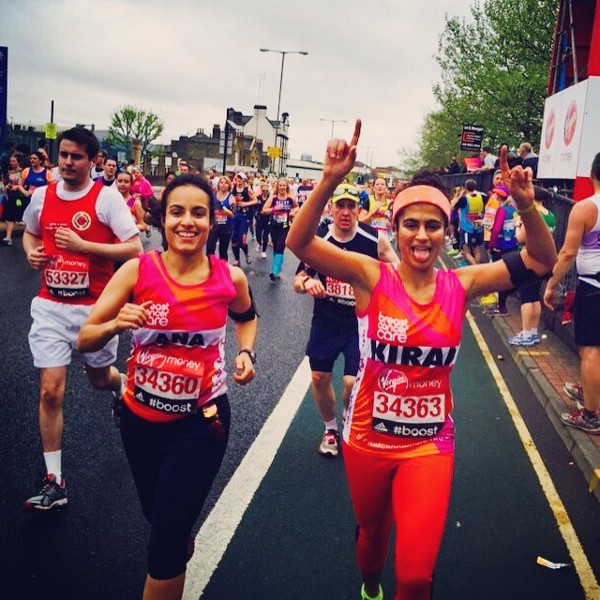 Besides the economic struggle, the attitude of seeing periods as a taboo subject is still a key issue. For most women starting from the age of puberty, they have been taught to hide all traces of ever having a period, with society sending a message that the monthly cycle is “dirty” or “shameful”, and is hardly ever addressed outside a health class.