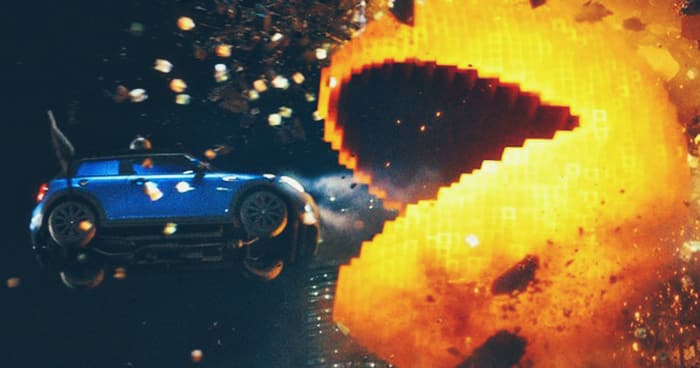 Okay, so we all know by know just how bad things are for Adam Sandler’s movie “Pixels“. Now then — how about a big old bowl of Awkward to go with that?

Enthura International, an ant-piracy group that represents Columbia Pictures, recently handed Vimeo a takedown notice for housing a number of videos with the word “Pixels” in their titles. While movie claims to have actively taken down a number of pirated copies of itself, it managed to not only remove a trailer promoting the movie, but also a number of indie productions that have in no way taken any sort of influence from the movie — oh yeah, including the indie short film that actually inspired the feature.

A number of other independent productions also fell victim to this copyright. NeMe, an art-based NGO was also served a takedown notice for a video entitled “Pixels”, which was released all the way back in 2006. “The video was directed by a Cypriot film-maker using his own photos and sounds/music on a shoestring budget and infringes no copyright,” the group told Vimeo last week.

Sadly, the list of Awkward doesn’t stop there. A number of other non-related works and outfits have also been affected — from a music video for a band called “The Pixels”, to even another indie short entitled “Pantone Pixels”, to even royalty-free stock footage — the hurt just doesn’t seem to know when to stop.

What adds to the bite of the situation is that Patrick Jean‘s 2010 original work, the short that Colombia Pictures based its feature film on, has been critically-acclaimed and actually won awards. This two-and-a-half-minute short was shot, edited, and produced by Jean himself, costing about $5,000 out of his own pocket and a whole motherlode of hard work and dedication. the short film hit viral status overnight, ranking up to more than a million views with the first 24 hours of its upload.

Watch the original indie short film that started it all, right here:

Twitter Changes How It Deals With Copyright Infringing Tweets

The world is devastated by the news that Britain’s Prince Philip, the Duke of Edinburgh, has died at the age of 99. Palace media confirms that the Duke has expired mid-day today, April 9th. The announcement did not contain any specifics on the cause of death. The United Kingdom will enter a state of national… END_OF_DOCUMENT_TOKEN_TO_BE_REPLACED

Who would have known that religious prophets would be among the most loyal supporters of former President Trump? In fact, it has been observed that the most conservative Christians may have been the right amount of push for Trump’s presidential win back in 2016. Since Trump’s election back in 2016, numerous self-proclaimed “prophets” have been… END_OF_DOCUMENT_TOKEN_TO_BE_REPLACED

President Biden falls and slips multiple times on the Airforce One Steps and PEOPLE ARE GOING CRAZY! What’s the big deal? Some people are hating, while others are making memes just for the fun of it. We are all human, aren’t we? Everyone’s expected to stumble some time in their lives. However, with the internet… END_OF_DOCUMENT_TOKEN_TO_BE_REPLACED