Lenny Kravitz’s wardrobe malfunction may have shocked viewers and fans everywhere, but Elayne Angel is sincerely delighted her to see her patient is still hearty and hale after all these years. 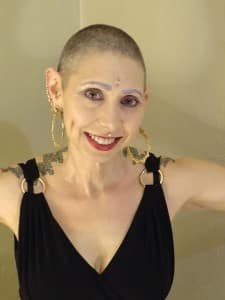 “The piercing still looks happy, healthy and very sturdy,” Angel shares with Mashable. “I was proud to see it still alive and kicking.”

Elayne Angel is a 55-year-old professional piercer who specializes in male and female nipple and genital piercings. She travels to different studios within the US to pierce her clients who have booked an appointment with her in advance. Angel is also the woman who took great care in piercing both of the singer-actor’s nipples back in the nineties. She is delighted to see her handiwork is still in tip-top shape, and well-cared for.

Angel is proud not just of her handiwork, but also of the man who came to her for the job. The piercing  in question is called a pubic piercing. “Lenny, he had a great anatomy for it,” Angel enthuses, and reveals that it’s not just for show.

“It hits the woman in the clitoris during intercourse,” she explains.”He liked the idea of having one that was in proximity to his penis but not on it. He’s definitely into aesthetics and how it looks. But this one also had function. It was meant to please women.”

Good guy Lenny is certainly big on giving, and we approve.

“I’ve never taken it out,” he shares in an interview in 2004. “It’s a hoop about the size of a quarter. It hits the lady where she likes it and, because it swings, it can be effective in any position.”

Just in case you’ve missed the news, Lenny Kravitz’s impressive member freed itself from its leathery confines as his pants ripped open in front of a packed audience as he rocked out in a concert in Sweden. Appalled, Kravitz beat a hasty retreat and came back with a fresh pair of pants and a sincere, profuse apology to the crowd. 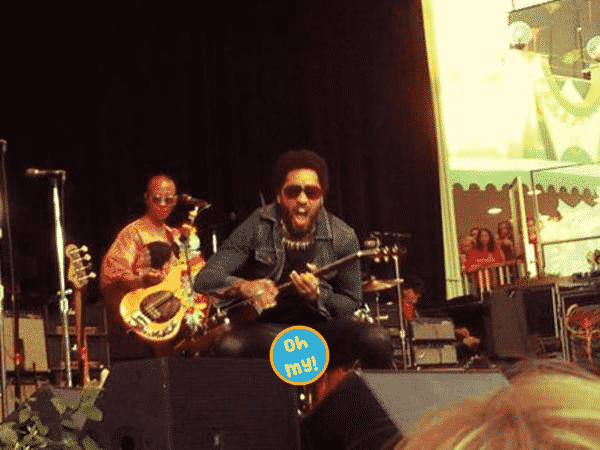 (We’re not going to show the uncensored photo of the event, but should you feel the burning need to see it, here’s a link to the photo. Consider yourself warned.) 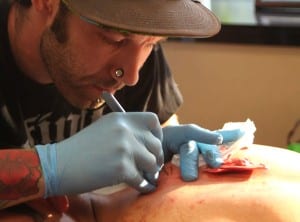 Ever since Kravitz’s trouser accident went viral, men have been lining up at piercing parlors to get themselves fitted with similar hardware. “Men have been coming in hoards asking for the ‘Lenny piercing,’ as they call it,” says Six [no last name], the lead genital piercer over at Toronto’s Exotix Studios. “There’s definitely more of an interest since he showed off that he has it.” It may certainly have boosted the piercing into public awareness, professional piercers find themselves turning most away after failing to pass a vital, mandatory shop anatomy consultation. “There’s a low success rate with the pubic piercing,” Six explains. “We have to feel round for the divot and soft spot there and it has to be wide enough to pierce. For some people, it’s more of a hill than a valley and others, it’s flatter.”

Good thing for Lenny Kravitz, he’s got the right anatomy for the job.

In her book “The Piercing Bible: The Definitive Guide To Safe Body Piercing”, Elayne Angel recalls how she gave him many piercings, and became the official “tour piercer” for a fortnight.

“After I pierced his nipples, which he clearly enjoyed, Lenny Kravitz announced, ‘I wish I had ten nipples so I could have you pierce all of them’,” she wrote.