Morris Bart is a personal injury lawyer in New Orleans, and the subject of a two year old’s birthday party.

efore he could even talk, Grayson Dobra was obsessed with a local personal injury lawyer named Morris Bart. When his commercials came on TV, young master Grayson made it absolutely clear he did not want to be disturbed. Mr. Bart is, for whatever reason, the toddler’s favorite person in the world, beating the usual host of competitors for the spot—Mickey Mouse, Big Bird, or Caillou.

When it came time for his second birthday party, his mother, L’erin, decided to forgo the traditional children’s party themes and opt for something she knew her son would appreciate: a Morris Bart birthday party, complete with a culinary homage to the lawyer that’s sure to catch on in restaurant kitchens around the globe; Morris Bart cake. 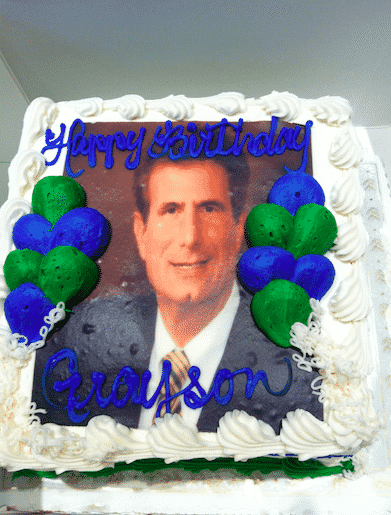 “Everyone told me to do a Mickey Mouse-themed party, like I did for his 1st birthday, but I didn’t want to redo that,” Dobra told TODAY.com. “I wanted to make it something he was interested in, and right now, that’s Morris Bart.”

Mrs. Dobra even shot Bart an email, telling him about her idea for the party. Bart sent the family an autographed picture, some key chains, and a shirt featuring his logo. He also told the family to stop by his office if they’re ever in the area. Like any good parent would, Mrs. Dobra is using the offer as leverage; once Grayson masters the use of a toilet, his reward will be meeting his idol.

As for the party? It turned out to be a smashing success. Grayson even recieved several Morris Bart-themed gifts.

“When he opened the cardboard cutout my brother got him,” Dobra said, “he was staring at it in disbelief, like he was thinking ‘OMG he’s really here!'” 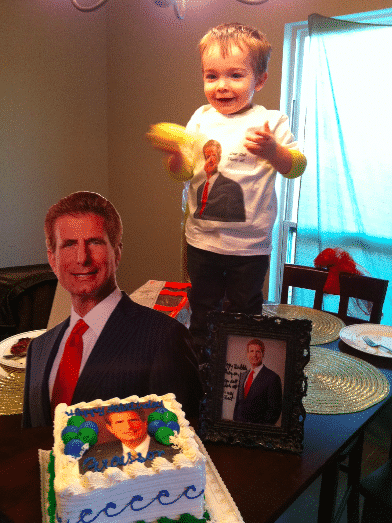 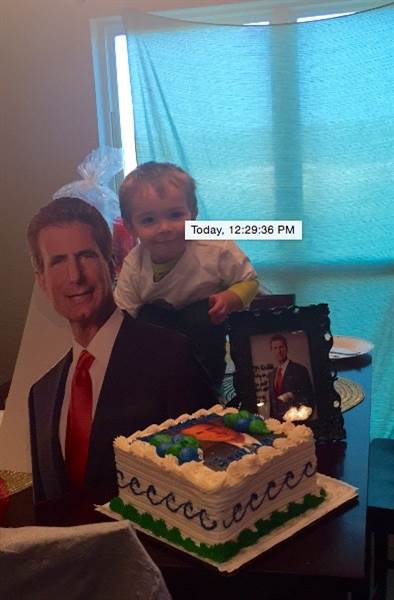 “Right now, Grayson is still 100 percent Morris Bart, but I’m sure one day he’ll look back and say ‘mom I can’t believe you did that, I’m so embarrassed.’ But I don’t foresee that happening in the near future; he’s still super obsessed.”

Diner Owner Under Fire After Screaming At Toddler And Facebook Rant