A writer for VICE infiltrated a white power Facebook group, and made some changes they certainly weren’t happy about.

hen writer Virgil Texas was invited to join a private Facebook group dedicated to the white power movement, he decided to have a little fun with it. ” I added a few dozen of my friends,” he writes for VICE, “who promptly started trolling the sh-t out of the group.” 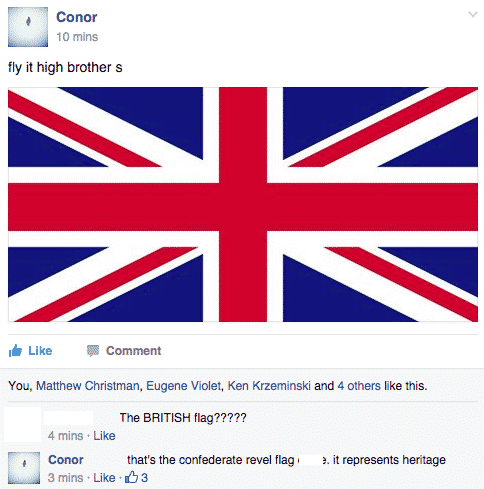 In no time at all, they went from trolling the page with hilarious images like the one above to modifying the page’s banner image. Texas explains: “It should go without saying that the folks who have built their identities around a 150-year-old treasonous cause to keep human beings in bondage are not very good at the internet. The group’s creator had no idea how to lock the banner image at the top of the page, so friends of mine added their own.” 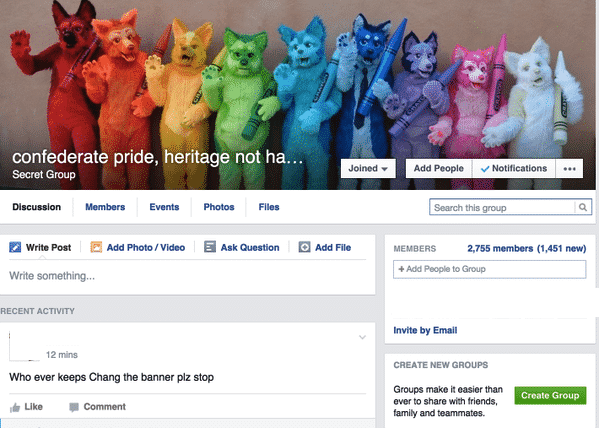 Texas says the lone admin who monitored the group was too overworked to put an end to the trolling, saying he “did not seem to know how to stop the banner from changing or ban the trolls, whose numbers were starting to rival those of the Rebels. So, in the style of Shock Doctrine, I swooped in and offered to clean up this manufactured crisis. The hapless admin fell for it hook, line, and sinker.”

That’s when he decided to take the group in a new direction, so to speak. With his new admin powers, he changed the name of the group to “LGBT Southerners for Michelle Obama”, and dedicated the page to “LGBT rights, Michelle Obama, Judaism, miscegenation, and the victorious Juche ideology”. 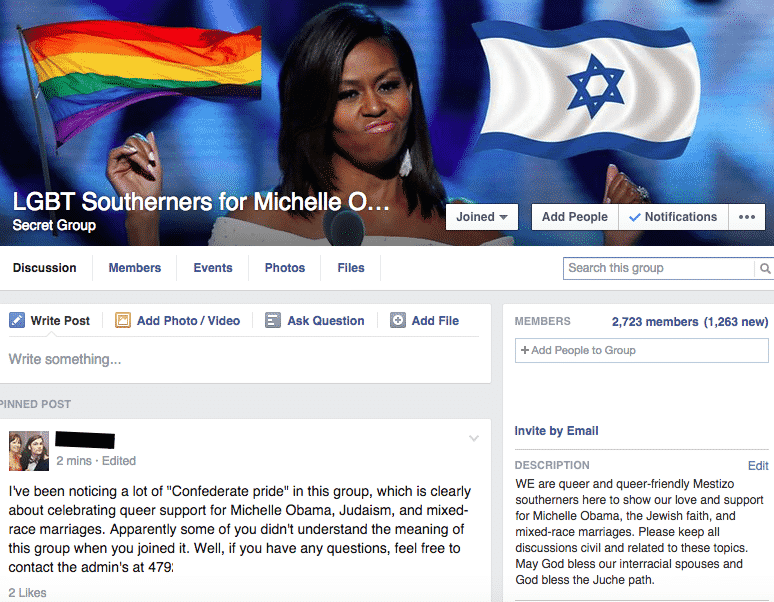 Texas says he made dozens of his friends admins, who began enforcing the page’s new policies. It wasn’t well received, and the original admin tried desperately to do some damage control. Finally, he says, Facebook stepped in and took the page down.

“The group hemorrhaged followers throughout the day until, at last, Facebook took it down.” He writes. “I still have my dozens of Confederate Facebook friends, but even they are starting to drift away now that I have taken to posting “I’m an illegal immigrant” on all of their status updates, which ended in one guy threatening to report me to Homeland Security.”