Redditors lauded Star Trek alum Nichelle Nichols for delivering an engaging and satisfying AMA session amidst complaints the feature is declining in quality.

hings have been rocky at Reddit, and they’ve been especially rocky over at /r/IAmA. The month of July saw the firing of Victoria Taylor, the wrongful condemnation of CEO Ellen Pao (turns out she stood for everything the userbase accused her of seeking to destroy), and the rehiring of Alexis Ohanian, who has made it quite clear he doesn’t intend to make Reddit the bastion of free speech users of the website desire it to be.

Amidst all of this drama and uncertainty, a beacon of optimism shone brightly in the form of Nichelle Nichols, best known for her role as Communications Officer Uhura on the original Star Trek series. Far from being the PR-heavy, latest project shilling, talk-show style “interview” Reddit users feared the feature would become after Taylor’s dismissal, Nichelle handled her AMA with a lovely conversational manner and willingness to discuss topics in-depth.

“This is a real AMA, like in the old days, when OPs came to engage and to chat,” said /u/vicar-me-baby.

“This, my friends, is a genuine and well-executed AMA by a lady who genuinely meant ‘AMA’. Thanks for showing the rest of the world what AMAs are about, and for engaging fans so directly and so fully and for putting in this effort. It is really, really appreciated.”

Let’s take a look at some of the best questions and answers. The questions will be marked in red, and Nichelle’s responses will follow them. 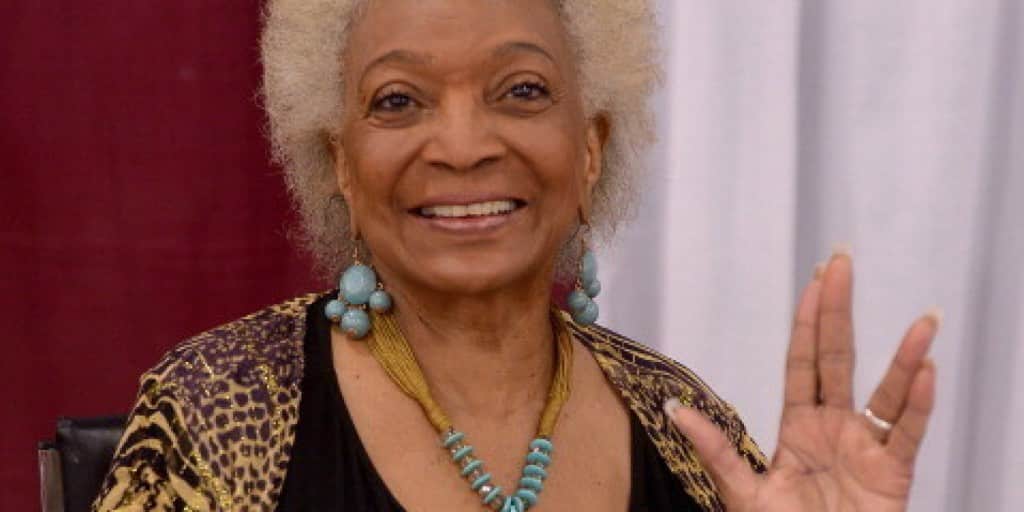 I heard a story that you were considering leaving Star Trek to pursue a Broadway career, but that Martin Luther King Jr. convinced you to stay. Is this true? What was this conversation like?

“This is true. I had several conversations with him over the years, and it sounds like the stories have gotten mixed and confused.

“I was offered a role on Broadway. I was a singer on stage long before I was an actress, and Broadway was always a dream to me. I was ready to leave Star Trek and pursue what I’d always wanted to do.

“Dr. Martin Luther King, quite some time after I’d first met him, approached me and said something along the lines of ‘Nichelle, whether you like it or not, you have become an symbol. If you leave, they can replace you with a blonde haired white girl, and it will be like you were never there. What you’ve accomplished, for all of us, will only be real if you stay.’ That got me thinking about how it would look for fans of color around the country if they saw me leave. I saw that this was bigger than just me. I got to do a lot of singing after the series ended.” 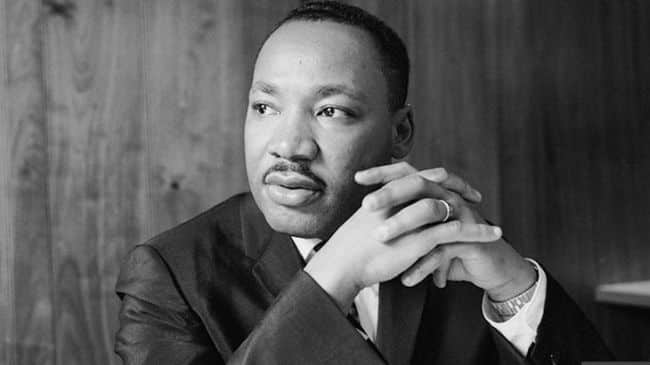 Part of the popular story goes that when Roddenberry heard what Dr. King had said, he said something like ‘finally, someone gets it.’ Any truth to that part of it?

What was it like working with Gene on a regular basis? Did he talk about trying to create the better world he portrayed in his science and police fiction?

“He didn’t talk about it, he just did it. It was who he was. He believed in that world, if you got it you got it. If you didn’t get it, you’d see it anyway. “ 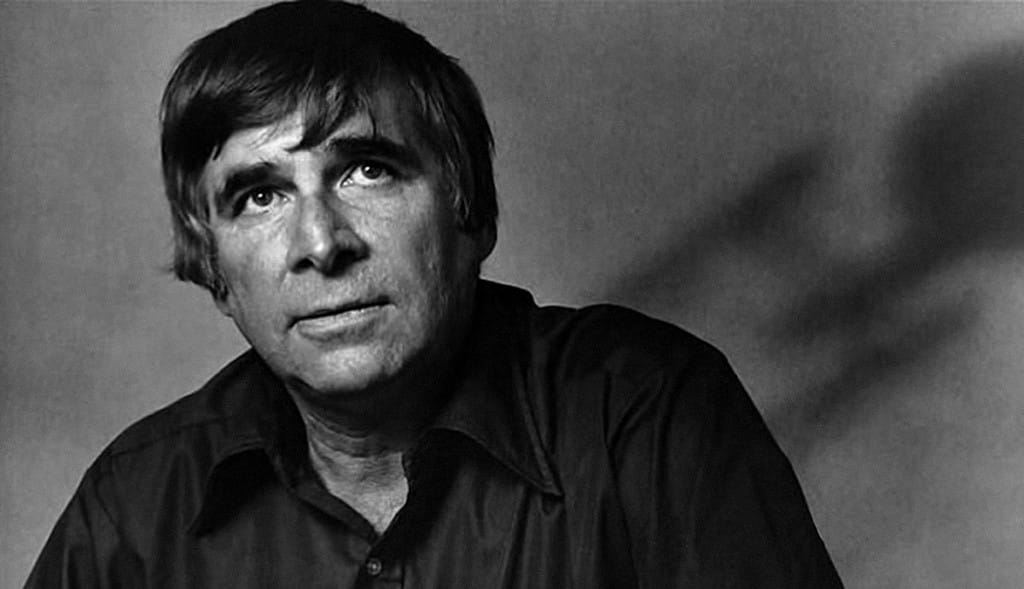 Will you and George Takei work together on his next broadway play? And make it a musical? Not necessarily Star Trek themed, but the two of you have had such an amazing impact on society accepting people – you, as a woman of color in a position of power – him, as an out and proud gay man. You two could make wonderful things together!

“Perhaps we will, we both worked in theater, and we both look for opportunities off-screen. I would love to, but nothing is in the works right now.” 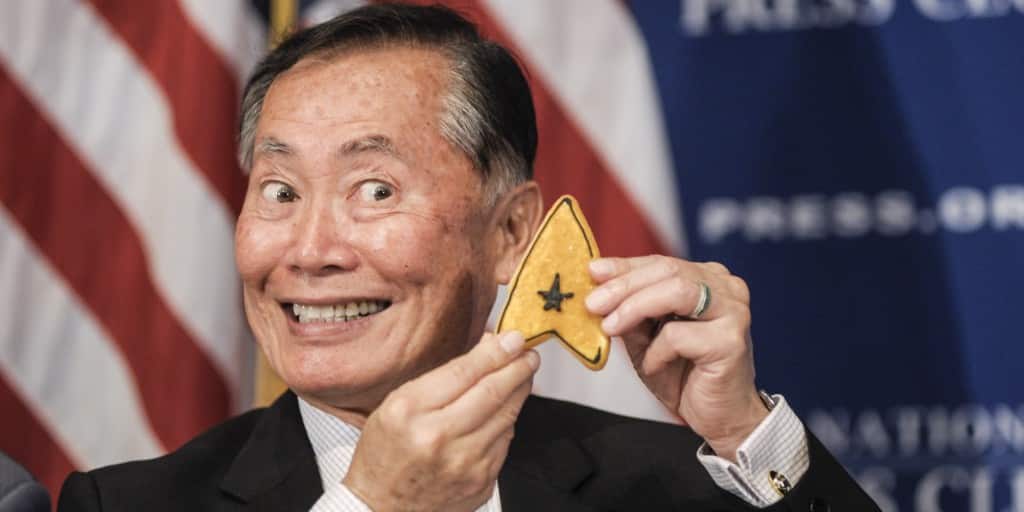 What is your skin care routine? I saw you at a con a few years ago, and I would love to have skin as luminous as yours when I am your age!

“Thank you so much for your kind words! I can’t tell you how many times I’ve been asked about my skin! The truth of the matter is: ivory soap. And lots of water.” 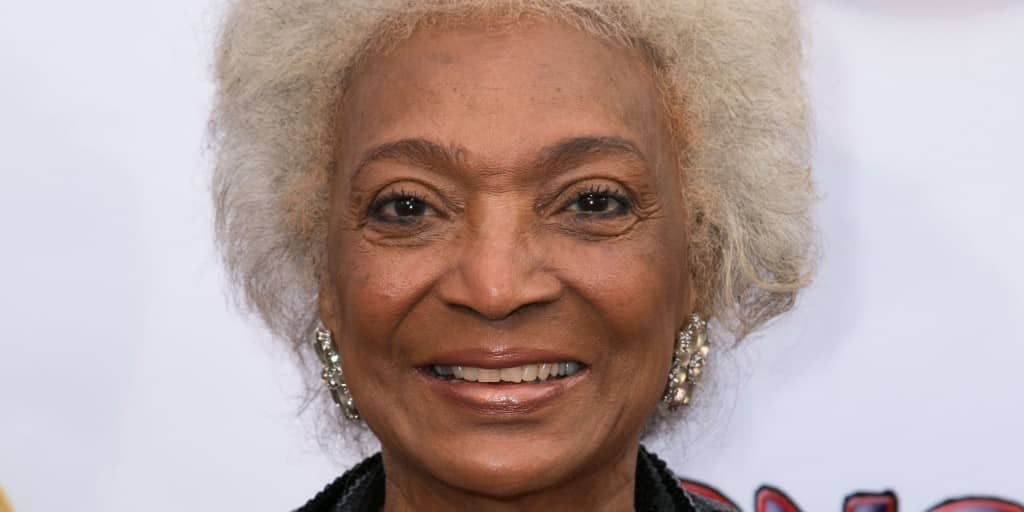 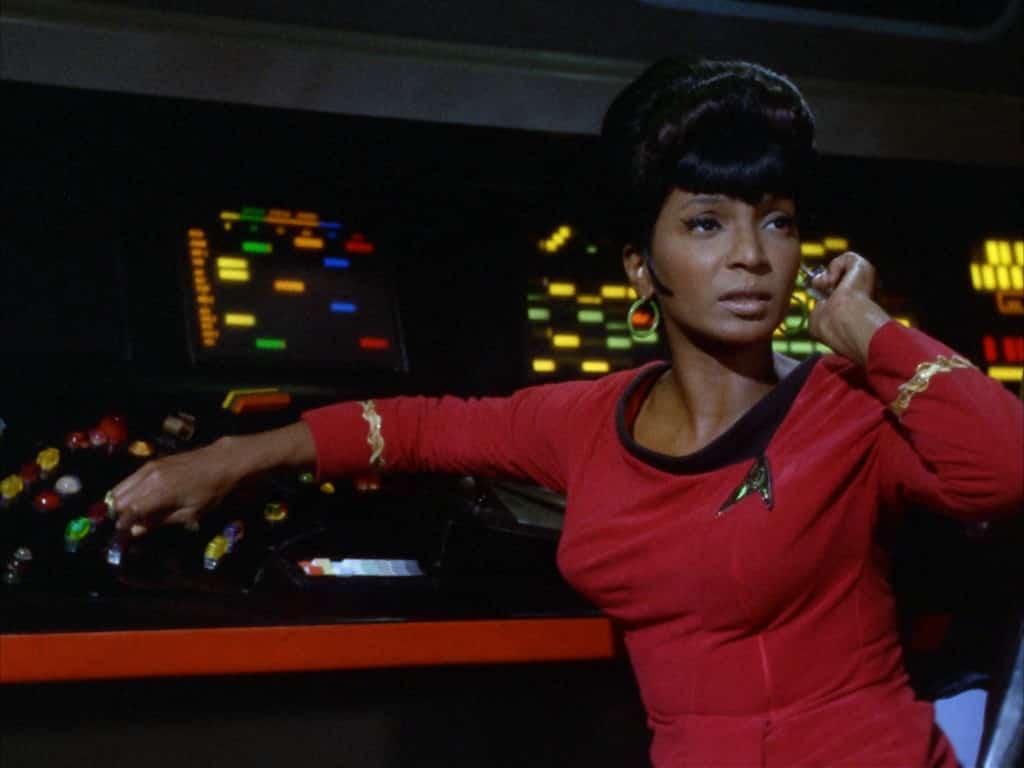 “It was like the sky opened up, and god said ‘pick anything that you want that would make the world perfect.'”

Do you have an interesting story involving Whoopi Goldberg?

“Whoopi Goldberg said Star Trek was her favorite show growing up. She said ‘they need to write something for me!’ Her agent said ‘you can’t act in Star Trek, you’re a comedian!’ She said ‘No, I’m an actress who does comedy!’

“Gene talked to me about it, I think he wanted my reaction. I was really excited about it, and I laughed and said ‘yes, that’s what the show needs, a Whoopi Goldberg! Yes!’ She was terrific.

“This was no ‘comedy thing’ to her, this was her favorite show and she is a great actor, she did fantastic, and the world discovered it through Star Trek. I believe she knew our roles better than we did.” 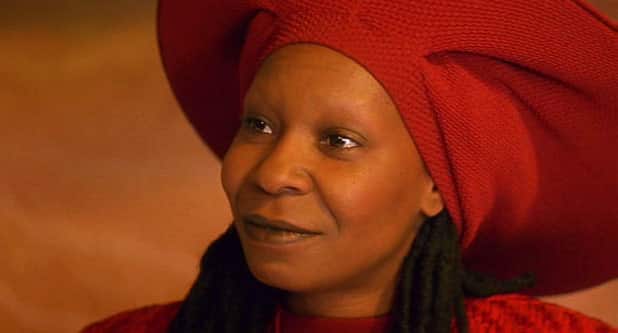 Nichols, along with co-stars William Shatner and George Takei, is one of three lead stars from The Original Series still alive. Fellow enterprise crew member Leonard Nimoy (Spock) passed away earlier this year.