Dog Returns Home Seven Years After She Was Stolen

A 10-year old Jack Russel terrier named Molly was taken from her home in 2008. Seven years later, she has been returned to her original family.

rian Berry is ecstatic to have his best friend back in his life. Seven years after his Jack Russell terrier Molly was stolen from his home, she has finally been returned to him.

The 10-year-old dog was found by police at a travelers’ site 95 miles away in West Yorkshire, United Kingdom. She was identified by her microchip. “I couldn’t believe it, I thought there must be a mistake at first,” said Berry, a retired mechanic.

“The police said they found her on a travelers’ site along with a lot of other dogs and had scanned her micro-chip. I’m just ecstatic now that she’s back home. It’s like having my best friend back after all this time, and I’m never letting her out of my sight again.” 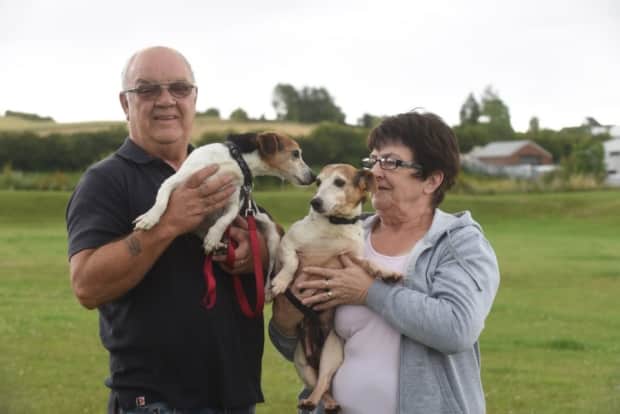 His wife, Pauline, says police were astounded she had been found after so many years away. “A woman police officer phoned up to say they’d found her,” she says, “and thought at first that I said she’d been gone seven weeks, she couldn’t believe it when I said it had been seven years.”

Brian says the dogs kept him company while he worked on cars. He kept Molly and her sister, Megan, in a kennel attached to his garage. Four days after Molly gave birth to a litter of puppies, Brian says he found Megan there alone—Molly and her litter were missing.

“I went down to give them their morning feed,” he said, “and saw that the locks on the kennel had been broken off. At first I thought someone had broken in to pinch my tools, but then I noticed the lock on Molly’s cage was broken and her and the puppies were gone. I had a heart condition and the shock knocked the breath out of me and I almost collapsed. A neighbor saw me and helped me back to the house, I just couldn’t believe it.”

The couple searched endlessly for their beloved pet and got the police involved. They placed posters around town and even got help from a local newspaper. After years of searching, however, Brian says he began to doubt he would ever see Molly or her puppies again.

But finally, after seven years, the couple’s luck turned around. They were contacted by police, who said they had found Molly. Unfortunately, the fate of her puppies remains unknown.

Molly was taken by police to a kennel in Warwickshire. Brian and Pauline drove 190 miles to be reunited with their long-lost canine friend.

“I never really gave up hope that I would find her,” Brian said, “but I had began to doubt that I would ever see her again. She was three when she was stolen and I’d had her and Megan since they were eight weeks old and they went everywhere with me. People always used to laugh at them sat in the front seat of my van and sticking their heads out the window. I used to sit and wonder what had happened to her and if she was OK. I wish she could speak so she could tell me where she’s been and what happened to her, but at the same time, I might not like to hear it.”

Pauline added: “We hoped that she was sat on some little old lady’s knee somewhere but that probably wasn’t the case and you can’t help but think the worst.”

When Brian and Molly were first reunited, the dog was severely underweight and had scars all over her face. Brian says she’s getting better, and hopes she’ll make a full recovery soon.

“I was just ecstatic when I saw her,” he said, “it was quite emotional. I think it took her about 10 minutes to realize who I was, but I was just sat stroking her and she started licking my face and I knew that she recognized me and knew then that she was safe.” 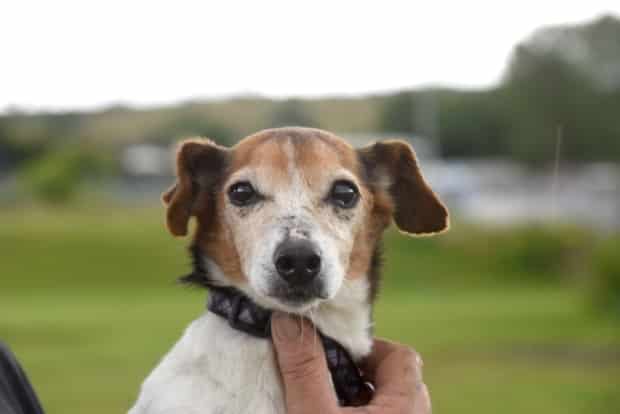 “Her teeth are rotten and she’s got lumps on her glands, scars on her face and is underweight, but we’ve taken her to a local vet who said it will take time but she’ll be back to her old self soon. She’s starting to show improvement already. There are so many people to thank, the police and the staff at the kennels for getting her back to us and all our friends and family who helped look for her when she went missing. The woman police officer who found her had a micro-chip scanner on her and I hope this could lead to all police carrying them. I just can’t believe I’ve got her back after all this time. I just want to say to anyone else whose pet has gone missing or been stolen, just never give up hope.”

Molly isn’t the only long-lost pup to be reunited with their owner this year. In a strikingly similar case, a Boston Terrier named Lola was reunited with her Florida family after going missing seven years ago. According to The Huffington Post:

“Lola the dog disappeared after digging a hole under a fence and escaping. The family looked for the dog for months, but to no avail.

Years later, Linda Gall acquired Lola through a Craigslist ad by the then-owner looking to give it away. When Gall took the pup to the vet, an implanted microchip revealed she originally belonged to the Homestead family. Gall immediately called original owner…”

Dogs Will Snub People Who Are Mean To Their Humans [Science]