Obsessed With Snapchat? Then You Need This

We know how many of you are obsessed with Snapchat and we can’t blame you. Snapping and receiving those crazy photos are strangely addicting. Now, you can show your love of Snapchat off without your smartphone.

Now, this isn’t exactly a bargain. The beach towel retails at $25, which is a bit pricey for such a simple design. But hey, to each his own. 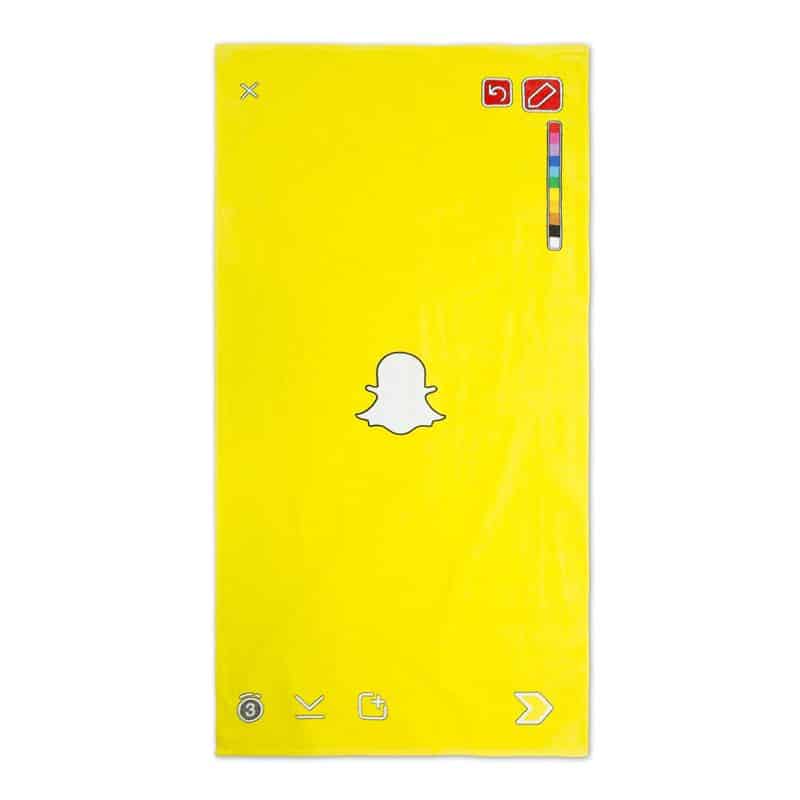 The towel is a snapshot of the Snapchat menu. The photo displayed is a bright yellow background with Ghostface Chillah. Of course, the Internet has begun to dissect the design, like why is the red pen selected? Why is it set to be a 3 second photo?

The official description of the towel doesn’t answer those questions, but it does give a nod to the The Hitchhiker’s Guide To The Galaxy.

“You can wrap it around you for warmth as you bound across the cold moons of Ephemera Beta; you can lie on it on the brilliant marble-sanded beaches of Chillzaan IV, inhaling the heady sea vapors; you can sleep under it beneath the stars which shine so redly on the desert world of Del’etooine; use it to sail a miniraft down the slow heavy Rio Venezio; wet it for use in hand-to-hand-combat.”

Well, we just want to know how it performs as a towel…

Have You Noticed The New Snapchat Update? Smileys, Fire, And Moons Explained

Man Falls For Snapchat Prank Over and Over [Video]