Watch Guys React To Their Partners Get Catcalled [Video]

Catcalling really, really has to stop. It’s cheap, it’s rude, and it’s just not doing anyone any favors.

Cosmopolitan put three volunteer couples in uncomfortable situations in more ways than one. The boyfriends sat and watched as a camera went ahead of their partners to record the cheap jeers and catcalling they were subjected to, just like any other regular day walking down the streets of New York.

We feel you, dudes, we totally feel you. Doesn’t it just make your blood boil?

Doesn’t it make you want to punch or wreck something?

You should, because women all over the world face catcalling, leering, and many forms of street harassment. Every, Single. D@mn. Day.

The gents reacted the same way anyone would seeing their loved ones get harassed on the street — anger, revulsion, and an overall discomfort watching their ladies walk the streets and get verbally molested and made to feel unsafe.

We applaud Jon for acknowledging what his partner Tessa must have felt during this experiment, and for acknowledging tat catcalling needs to stop right now. “I’m glad that people are making it an issue and not standing for it anymore.” In her segment, Tessa had to stave off the unwelcome attention of a stranger who tried to praise her hair as a way of “getting in”.

Miguel shares some basic truths with Amy that most catcallers don’t realize, or care to remember. “You’re somebody’s daughter, y’know, or somebody’s sister. I’m sure if someone did that to … their mother or cousin, they sure wouldn’t appreciate it.” You can practically see the desire to punch someone on Miguel’s face as he has to watch Amy get leered and catcalled at by some random laborer and given unwelcome compliments on her tattoos. “I hate it when people tell you that,” he hisses.

Catcalling isn’t a simple matter of “complimenting someone” simply because you feel the need to. Catcalling is street harassment, plain and simple. It’s a slippery slope that normalizes disrespect and misogyny, and could lead to other forms of gender violence. Like Groping. Stalking. And raping. And other heinous crimes. 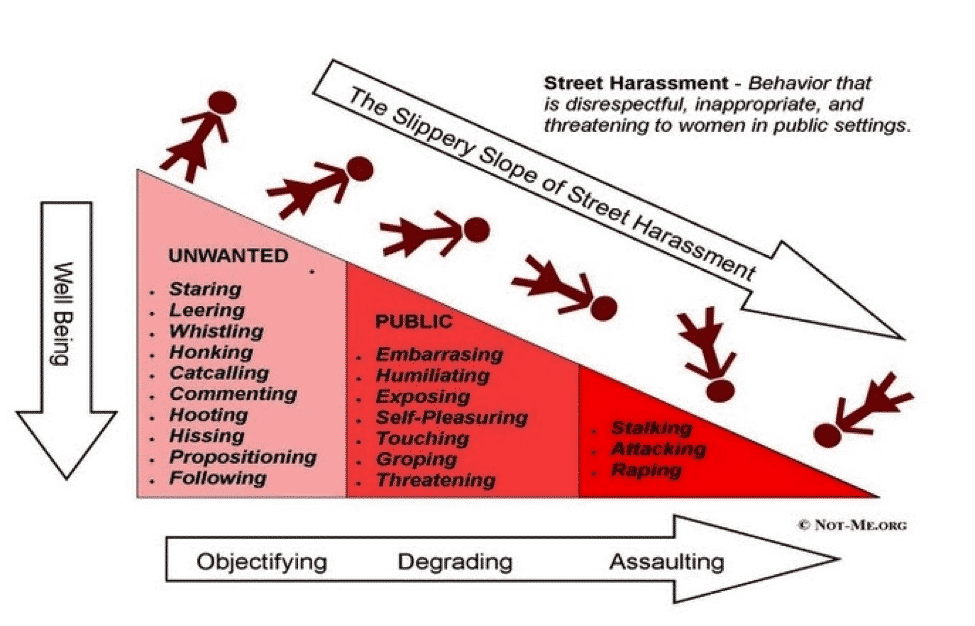