A Japanese journalist teaches us the value of double checking your To: field.

hailand’s Ministry of Foreign Affairs has an official chat group through Line, a mobile app popular in Asia. But as anyone who uses social media will tell you, it’s all too easy to get your contacts mixed up, which is apparently what happened to a Japanese journalist who shared a little too much with his press group.

While waiting for the Ministry’s report on human trafficking, he sent the group a pornographic photo of his erect penis. 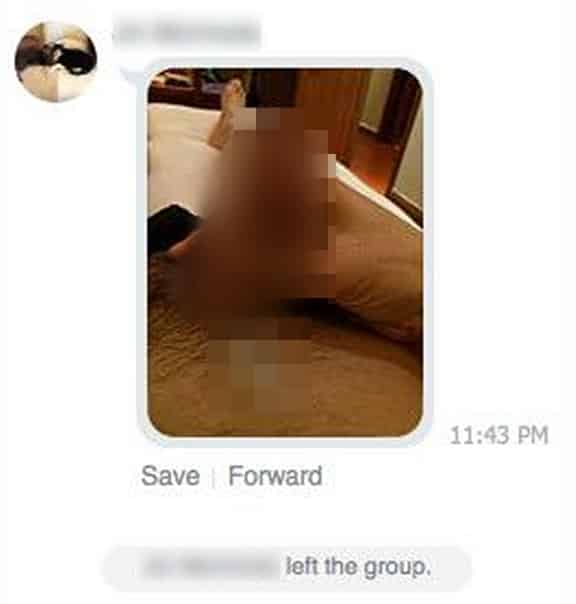 Apparently, the misstep will land the journalist in serious hot water. Thailand has strict obscenity and censorship laws, meaning the sending of a graphic photo like this one in an official media group could be a prosecutable offense.

“May we remind you that this is a LINE group for official purposes,” a message to the group read. “Actions will be taken.”

The journalist, who remains unnamed, immediately left the group.

“Just leaving the room does not mean this action won’t have consequences,” read another message. If the journalist doesn’t leave Thailand soon, he faces potential prosecution under the country’s computer crimes act.

Although freedom of speech is guaranteed in the 1997 and 2007 Constitutions of Thailand, censorship of public and social media is widespread. It’s an issue that’s increasingly come under fire from Thai activists and human rights groups, sparking protest and political dissension among the country’s young people, in particular.

You can read more about free speech and censorship in Thailand here.